It should come as no surprise that Russian trolls, known for stoking the flames of America’s cultural divides, turned their attention to climate change during the longest election season of our lives.

The report discovered more than 9,000 posts and tweets from the group targeting pipeline fights, fossil fuels, and climate change between 2015 and 2017. IRA’s posts were specifically designed to appeal to either conservatives or liberals, without any middle ground. 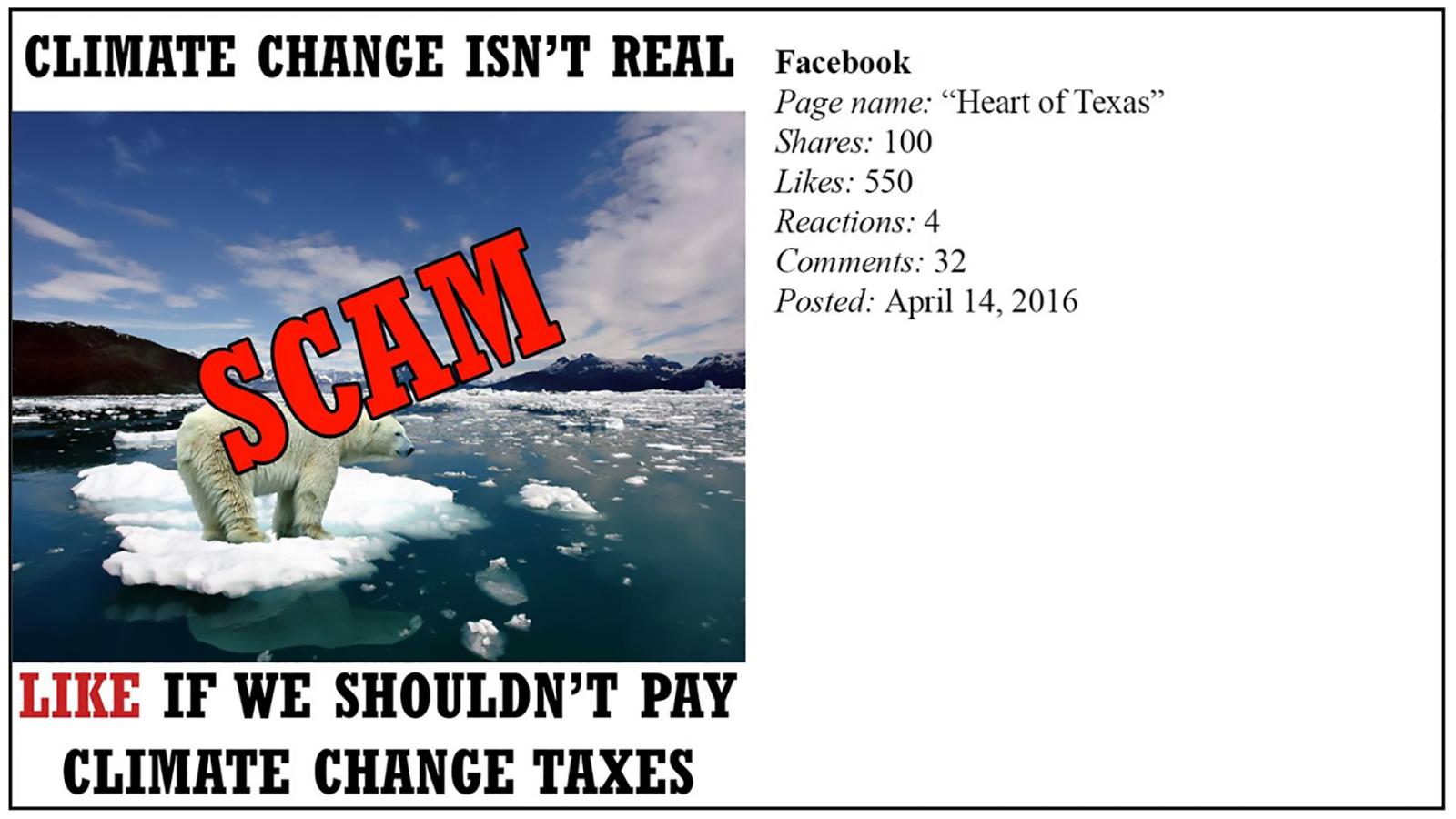 The memes, which appeared on Facebook, Instagram, and Twitter, were part of a “concerted effort to disrupt U.S. energy markets and influence domestic energy policy,” per the committee’s report. (Side note: The report also claims that Russia is funding U.S. environmental groups to undermine the U.S. fracking industry — a longstanding pet notion of Smith’s that lacks any substantial evidence.)

We’ve known for a while that the Kremlin has been poking its nose into environmental activism on the interwebs, thanks to a Buzzfeed story from October that showed how trolls seized on the Standing Rock protests. But the House report offers us some fresh examples of what they’ve been up to. To start with some pro-environment content: 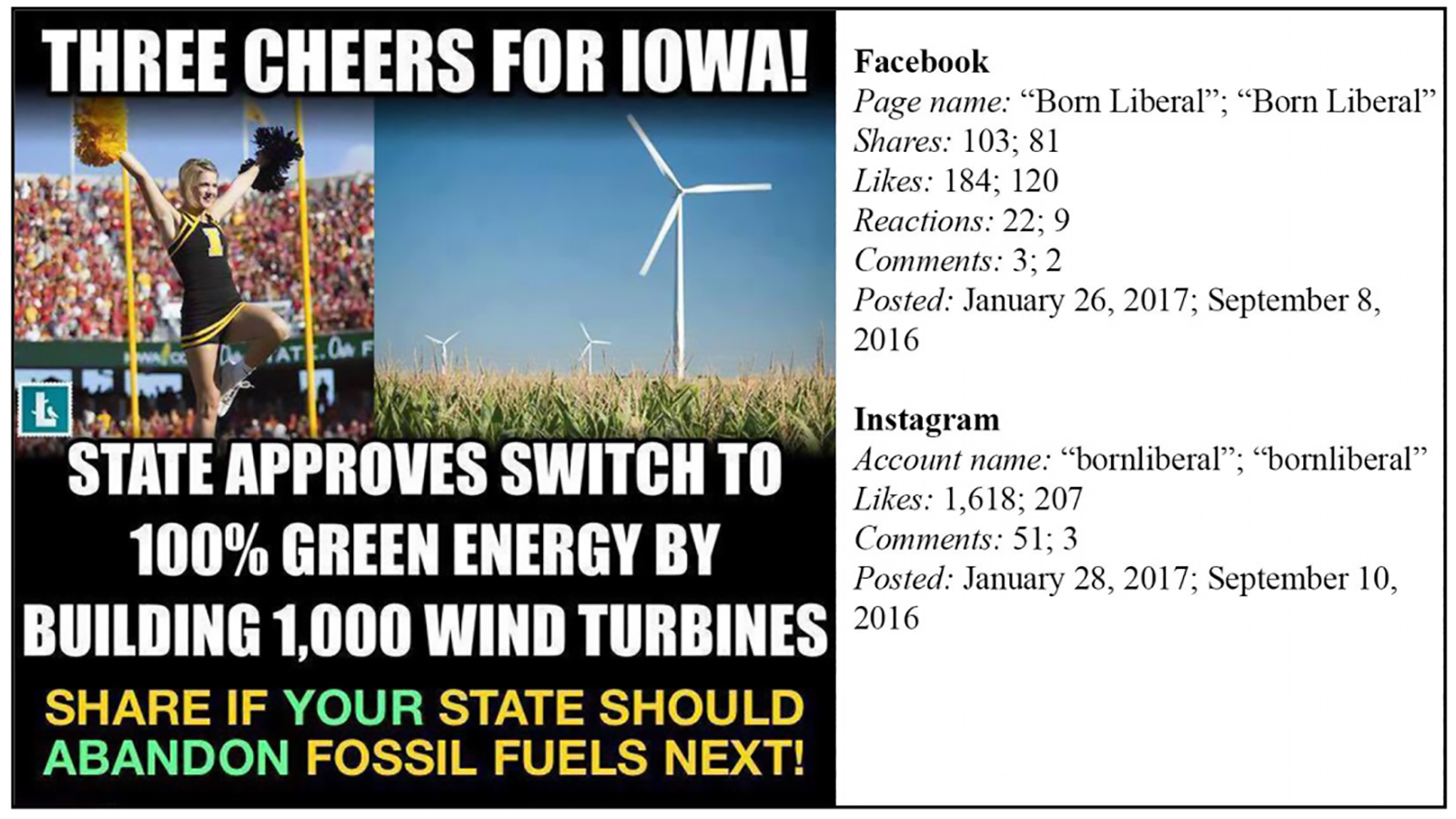 (For the record, no, the state of Iowa has not adopted a 100 percent renewable energy goal, but one of its utilities has.)

And here are two anti-environmental memes that highlight the apparent beauty of tar-sands oil: 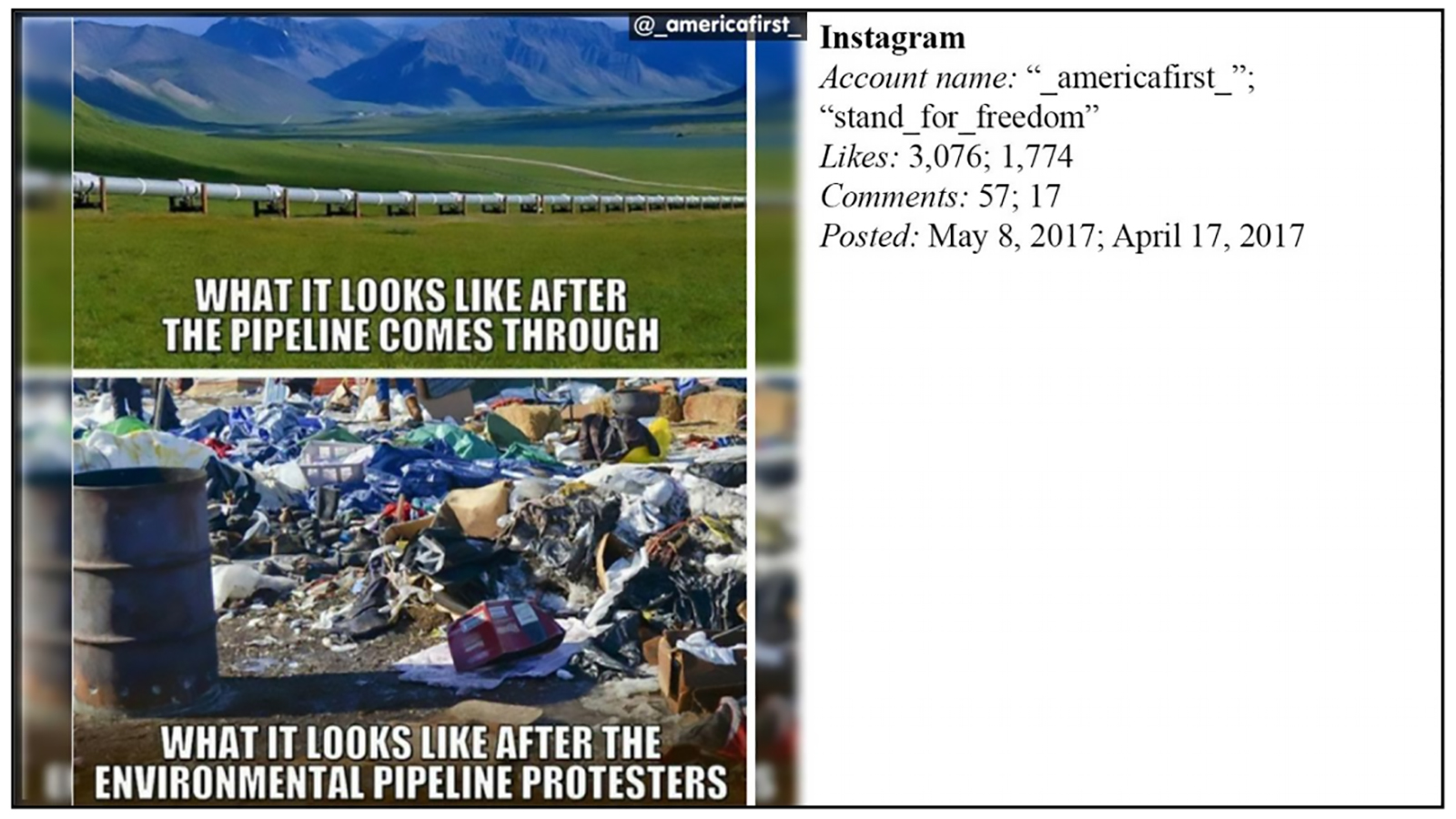 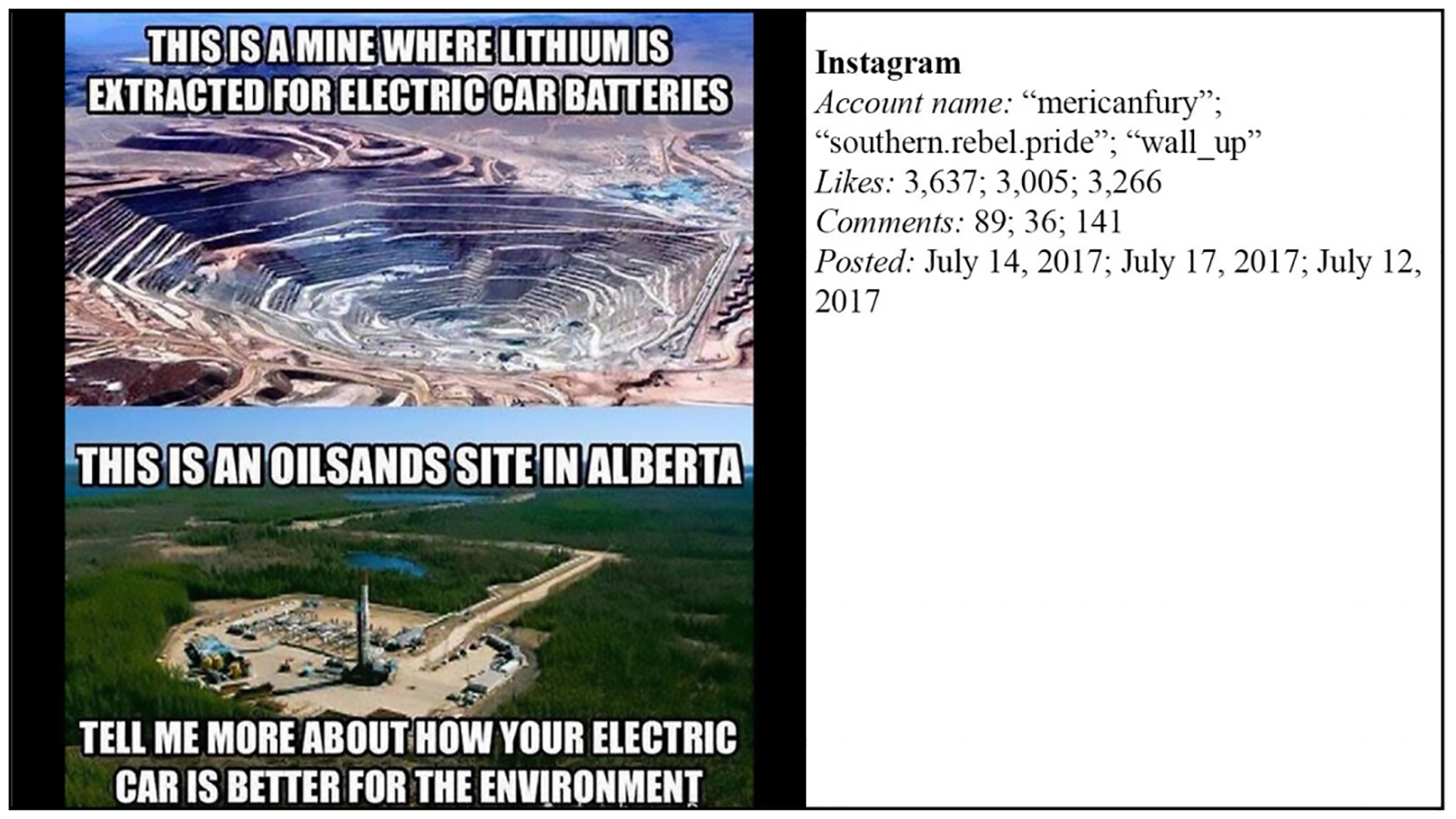 In addition to their flair for raising hackles, it seems that Russian trolls have an eye for design. After looking at these memes, it’s hard to shake the feeling that you’ve just been yelled at.