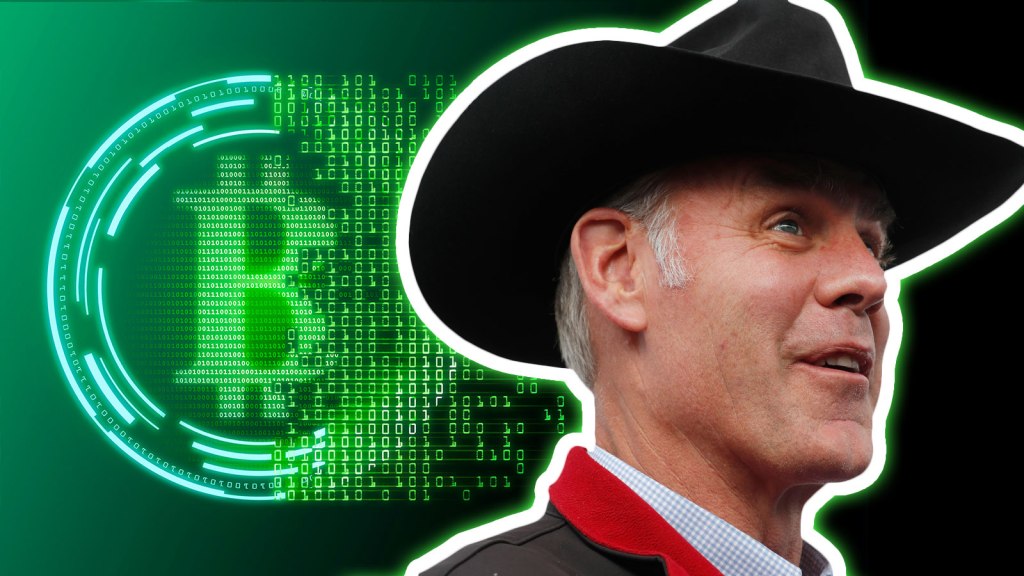 Trump’s former secretary of the Interior, Ryan Zinke, departed Washington in January amid a barrage of ethics investigations. It didn’t take long, but Zinke has managed to find a new gig that sees him going from one controversial enterprise (the Trump administration) to another: He’s now a cryptocurrency guy (yes, really).

In an interview with Vice News, Zinke, sporting MAGA socks, made his post-government business debut as the managing director of Artillery One, a little-known blockchain and cryptocurrency investment company based out of North Carolina. He said he’s hoping to make the private crypto company “great again.”

But making something great again implies it was great at some point in the past.

It’s no secret that cryptocurrencies, of which Bitcoin is the first and most valuable, have a huge environmental toll. Most are maintained by a network of specialized computers that crunch mathematical puzzles, or “mine” to log transactions and make new coins. All those computations take a massive amount of energy: At its peak, Bitcoin was consuming the same amount of energy every year as nearly 7 million U.S. homes.

But the libertarian fantasy currency had a wild year in 2018, with more than $480 billion of value wiped off the entire market. With a lower financial worth, Bitcoin only demands the same amount of energy as powering 4 million US households. (Which, you know, is still not ideal.)

Somehow evaluating power-sucking cryptocurrencies in a swanky hotel in Switzerland, as he’s doing in the Vice News clip, seems all too appropriate for Zinke. After all, his legacy at the Interior Department is putting 13 million acres of public lands in private hands for dirty fuel development, rescinding environmental protections, shrinking national monuments, and … an extensive hat collection.