Saving the oceans -- one place where Congress can agree 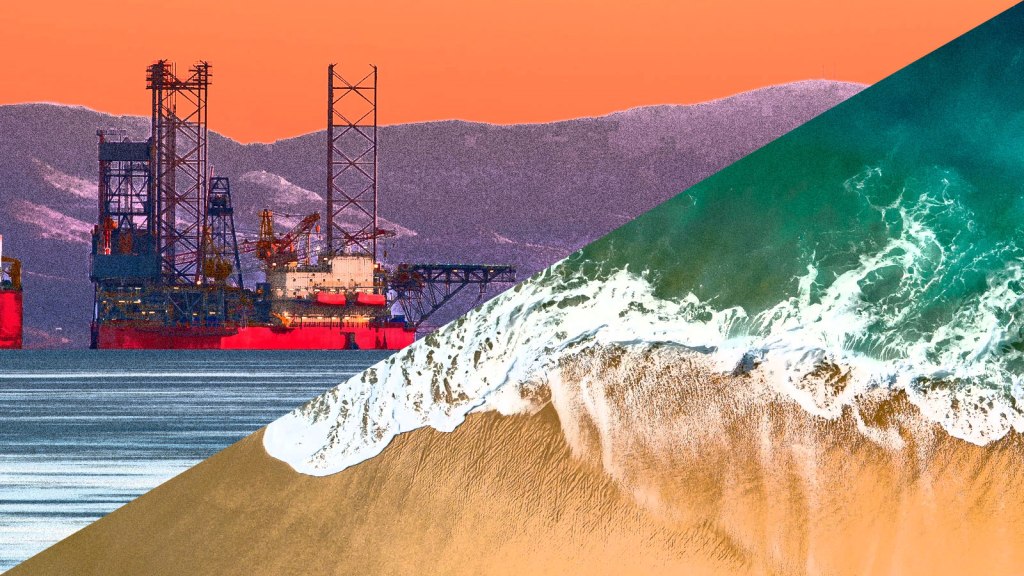 Saving the oceans — one place where Congress can agree

Republican Francis Rooney is a member of Congress representing Florida's 19th District. He is a co-chair of the Climate Solutions Caucus and is also a member of the Oceans Caucus.

Democrat Sheldon Whitehouse is a U.S. Senator serving Rhode Island. He is a senior member of the Senate Environment and Public Works Committee and a Co-Chair of the Senate Oceans Caucus.

Human beings have not always been good stewards of our oceans. We have overexploited their natural gifts, polluted their waves with garbage, acidified them with carbon dioxide, and threatened their shores with offshore drilling.

Thankfully, there is bipartisan support in Washington to take action. We come from different regions, backgrounds, and political parties. Yet we are united by our passion for keeping our coasts and oceans healthy.

In New England, our fishing heritage has long been tied to cod. When the cod fishery collapsed under the weight of foreign fleets, industrialized trawlers, and warming waters, fishermen struggled to sustain themselves. We still have lobster, squid, groundfish, and scallop fisheries, but changing ocean conditions threaten them as well. Warming waters already force lobster and other valuable species to move offshore and northward in search of cooler waters.

In the Gulf of Mexico, fishing supports businesses and recreation, but climate change and human activities threaten the sustainability of these ecosystems. Intensive fishing pressure on red snapper has led to short seasons, the need to rebuild the fishery, and competition between recreational and commercial fishermen. Red tides, likely exacerbated by warming waters and increased CO2, have displaced and killed adult and juvenile groupers, and have been damaging to fishermen and their businesses. Low catches of red grouper last year have concerned fishermen and spurred managers to put emergency reductions in place to protect populations in the Gulf for this fishing season.

Fishing supports hundreds of thousands of jobs and billions in economic impact in Florida alone. Growth in our coastal communities thus aligns with conserving coastal ecosystems and habitats. Fishing management decisions need to keep better pace with the changes our fishermen are seeing on the water. Surveys, modeling, and other federal research should prioritize at-risk stocks and those that are experiencing rapid shifts as oceans warm.

Internationally, the World Trade Organization seeks a new agreement by the next ministerial conference on the elimination of harmful fisheries subsidies. These subsidies too often support illegal, unreported, and unregulated (IUU) fishing. Pirate fishing operations harm critical ecosystems through damaging fishing practices, overfishing shared stocks, and overexploiting waters of foreign nations. Those operations also contribute to other serious problems, like human trafficking and forced labor. Ending these subsidies could help to reduce those harms.

While we’re taking fish from the sea, we’re unfortunately filling their bellies with plastic and other garbage from land. Each year, around 8 million metric tons of plastic waste enter the oceans. Ten rivers serve as the pathway to the ocean for more than 90 percent of that trash. Most of these rivers run through rapidly developing economies in Asia, where growth and production have outpaced waste management. If we do nothing, by 2050 plastic will outweigh fish in the ocean.

Thankfully, lawmakers from both sides of the aisle are coming together to do something about all this. Last October, we saw the bipartisan Save Our Seas Act signed into law. The bill brought together congressional cosponsors from across the political spectrum and supporters from the business and conservation communities. It is now boosting the federal government’s domestic and international response to the millions of tons of plastic waste and other garbage that litter our shores and pollute our oceans, endanger wildlife, and disrupt commerce.

While only a first step, the Save Our Seas Act set the stage for additional efforts on reducing plastic pollution in and around our oceans. We are now focusing on further strengthening the United States’ international efforts to combat marine debris and to improve domestic waste management and prevention.

Just as we don’t want our oceans and coasts littered with waste, we don’t want them soiled with oil, either. Last month, the Trump administration delayed plans to open new coastline to offshore drilling. However, the U.S. Bureau of Ocean Energy Management continued to review applications for permits to conduct seismic testing in the Atlantic Ocean — a precursor to oil and gas drilling. We are united in the fight against opening up more of our ocean to oil and gas drilling. The risks are just too great.

It is hard to ignore that we have serious challenges to overcome, but we don’t want to leave readers pessimistic about our oceans. We know that when you give nature the chance, it can recover and even bloom again. We are committed to working with our colleagues to ensure that our oceans and the communities that depend on them stay healthy.

And we are not alone. People around the globe will celebrate World Oceans Day on June 8. In the lead-up, hundreds of ocean and coastal researchers, advocates, and industry leaders, convened by the National Marine Sanctuary Foundation, converged in Washington, D.C., for Capitol Hill Oceans Week. We had the opportunity to join these leaders in confronting the challenges facing one of our most precious global resources.

We can find common ground — across political lines, between private industry and environmental NGOs, and from all over the country — to protect our marine resources. Together, we can protect our oceans for generations to come.