Science deniers aren't happy with the likely candidate for the EPA's No. 2 spot 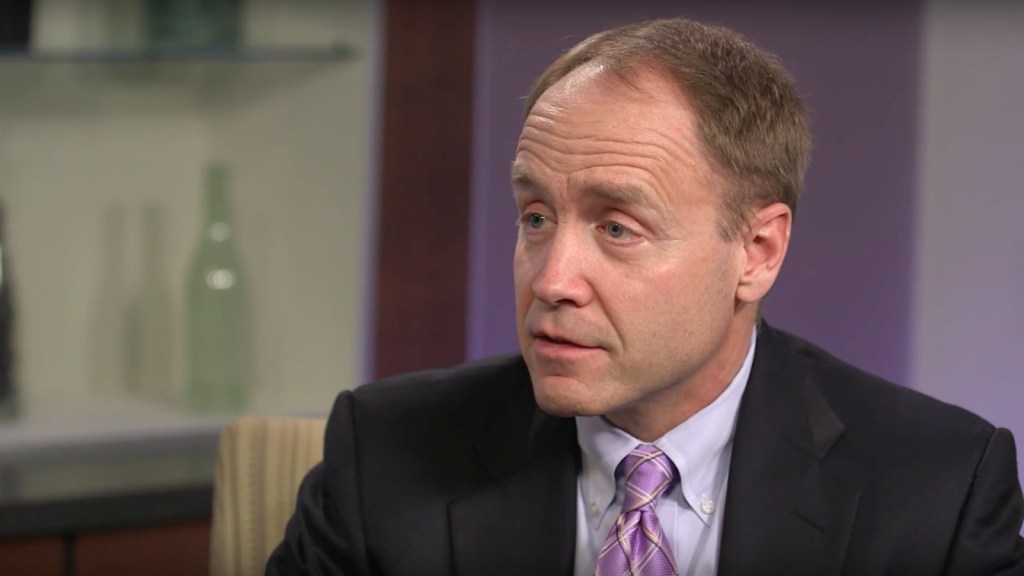 Science deniers aren’t happy with the likely candidate for the EPA’s No. 2 spot

Even though President Donald Trump has been slow to name his 1,100 appointments at federal agencies, he’s still appointed deputies for the Department of Energy, the State Department, and the Department of Interior. But the No. 2 spot at the Environmental Protection Agency is still open. Who Scott Pruitt’s deputy will be, and why the appointment has taken so long, remains a mystery.

Although the White House hasn’t announced its pick yet, Axios recently reported that the “last man standing” for the job is lawyer Jeff Holmstead. Unlike most other Trump EPA appointees, he actually once served there in the George W. Bush administration. But he’s no environmentalist: He’s been hard at work at the lobbying firm Bracewell & Giuliani, where he’s part of a case against Obama-era climate regulations and represents utilities, refineries, coal, oil, and gas companies.

When Holmstead was at the EPA from 2001 to 2005, as assistant administrator for air and radiation, he was part of Bush’s proposal to create a cap-and-trade system for mercury pollution from coal-fired power plants, an approach that was thrown out in court for being far too lenient. At Bracewell, Holmstead participated in a 2011 debate where he argued, “It is pretty hard to say that [mercury from coal plants] is a significant public health issue,” adding he didn’t “believe that there are thousands of people who are dying because of exposure” to small particulate matter — meaning air pollution.

More recently, in 2017, Holmstead testified in favor of House Science Chair Lamar Smith’s bills that would restrict how the EPA uses science to support its policies. For example, the euphemistically labeled “HONEST” bill Holmstead supports would forbid the EPA from using studies that draw on confidential health data and medical records.

Yet these conservative bona fides are still not enough for some far-right climate change deniers, especially since they’ve gotten comfortable calling the shots in Trump’s EPA.

The Daily Caller wrote a critical story in June claiming that an unnamed “conservative movement source” said some on the right were “trying to work behind the scenes to block him.” And at the Competitive Enterprise Institute, a Koch- and oil-funded libertarian think tank, Myron Ebell, who was the climate denier in charge of Trump’s EPA transition, emailed me to say that this group has “taken no public position on Jeff Holmstead, but I can tell you that we have supported other candidates.”

One reason is because they are counting on the EPA to rescind its 2009 finding that greenhouse gas emissions are a danger to human health, and Holmstead doesn’t appear to be interested in revisiting it. The endangerment finding, compelled by the Supreme Court in a landmark climate change case in 2007, is the scientific underpinning for the EPA’s greenhouse gas regulation. Those on the extreme side of science denial have made clear that their top priority is for the Trump administration to undo the finding, because it would automatically cripple the EPA’s justification for doing any climate change work.

H. Sterling Burnett, a policy analyst at Heartland Institute, the Koch-linked think tank known for advancing misinformation about climate science, outlined the case he sees against Holmstead, noting there’s probably not enough opposition to stall his nomination. First, because he said the administration’s decision to pull out of the Paris climate deal would be a mistake, “which is why many of my friends don’t like him,” Burnett told Mother Jones. “I know he disagreed with many of my friends on the need to get rid of the endangerment finding. I disagree with him on that.” Nonetheless, Burnett added that these differences didn’t overly concern him because “no one’s going to get everything they want out of Holmstead.”

Holmstead’s opinion on the endangerment finding also may not make that much of a difference. Reviewing it would be a massive undertaking, because it would require the EPA to come up with a reasonable argument that climate change doesn’t harm Americans’ health — a conclusion the science doesn’t support. Pruitt has given mixed signals on whether he intends to get into that fight. But the far right and coal executives have pressed for a review, because it would effectively undo EPA regulation on climate change, period. The endangerment finding formed the scientific justification for all of Obama’s climate regulations.

Holmstead shares Pruitt’s views on the endangerment finding, acknowledging that he can’t do anything about it but insisting that the approaches taken by the Obama administration to curb climate change are unconstitutional. Pruitt insists the EPA lacks many “tools in the toolbox” to address climate change, and in testimony to the House and Senate in 2014 and 2015, Holmstead suggested he agrees:

All this is why Jonathan Swan and Amy Harder claim in Axios that Holmstead’s appointment would “represent a moderating tilt inside the agency’s leadership.” But Holmstead is far from a moderate. Burnett, for example, had faith that Holmstead would help deliver on relaxing ozone, mercury, and fuel efficiency standards to make up for his position on climate change. “I think Holmstead has proven in the past his lenience on air issues,” Burnett says.

“My hope is that over time, President Trump and Administrator Pruitt will come to the realization that you can’t halt climate regulations,” Burnett says. “You’re going to have to issue your own climate regulations if you don’t get rid of the endangerment finding. I don’t think Holmstead makes that more or less likely.”