Is Scott Pruitt an EPA chief or a pop star? 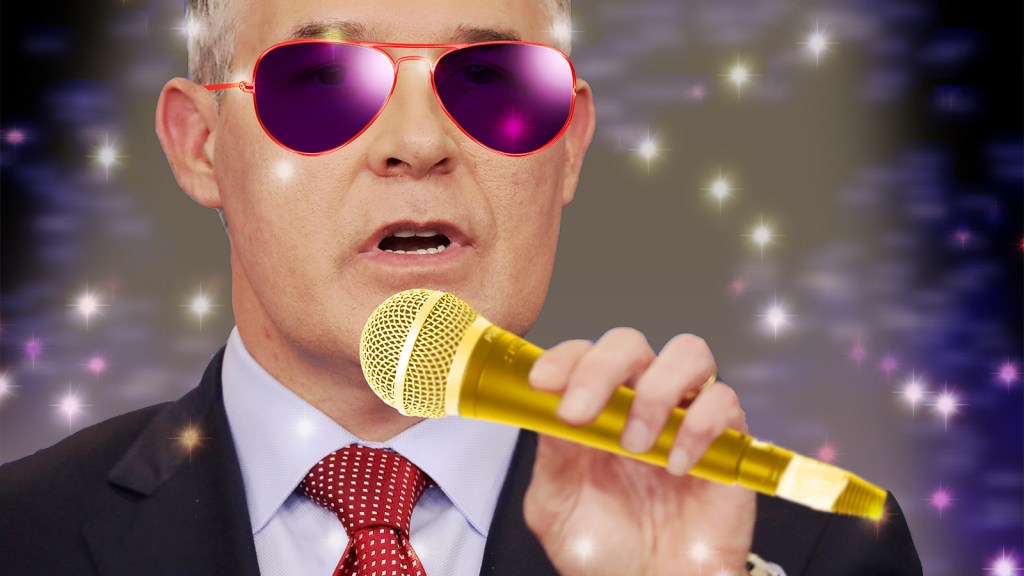 Is Scott Pruitt an EPA chief or a pop star?

Scott Pruitt isn’t like the rest of us, and he’s not afraid to flaunt it.

Just one day after the Washington Post revealed that the EPA administrator routinely flies business and first-class on the taxpayers’ dime, Pruitt was spotted Tuesday morning with an abundance of legroom on a flight between New York and Boston.

The aspiring attorney general takes military jets and stays at high-end hotels, the Post reports. In a matter of weeks last June, he and his aides racked up $90,000 in travel bills — a figure that doesn’t include the cost of his 24/7 security detail. The world traveler went on tour to Morocco and Italy last year, and has upcoming plans to visit Israel, Australia, and Japan.

Who does this guy think he is, Justin Bieber? Just add some screaming teenagers, and you’ve got something that resembles the life of a pop star. (Unfortunately, given Pruitt’s effectiveness relative to other Trump Cabinet officials, the shouts you’d be hearing probably wouldn’t be screams of joy.)

In response to reports of his pricey travel arrangements, Pruitt told reporters, “I’m not involved in any of those decisions.” The EPA said on Tuesday that he has a “blanket waiver” to upgrade from coach because of “security threats.”

According to federal regulations, government travelers can travel first-class only in rare instances — such as when “exceptional security circumstances” mean that “use of coach class accommodations would endanger your life or government property.”

To be fair, the EPA inspector general, who is investigating Pruitt’s private flights and the unusual security measures associated with his office, says that Pruitt has received four to five times more threats than his predecessor, Gina McCarthy. But it remains unclear how exactly spacious seating and gourmet airline meals could possibly save his life.

For a public servant, the EPA administrator is very private. Last year, he spent $25,000 to install a soundproof phone booth in his office. (Or maybe it’s a recording studio?) He also spent nearly $9,000 to have the space swept for hidden listening devices and install biometric locks. Plus, the EPA recently made arrangements to have “two access control card readers” installed in his office, according to CNN.

Do these sound like the actions of a person who thinks he’s doing a bang-up job protecting the public’s health?

Pruitt’s paranoia extends to his own employees, who must have an escort to gain entrance to his office. Sometimes, they’re asked to leave their cellphones behind and refrain from taking notes when they meet with him. (No unauthorized selfies or requests for autographs, please!)

Pruitt’s team guards his schedule carefully, so he tends to pop up in unexpected places. On Tuesday, he surfaced in New Hampshire to meet with Governor Chris Sununu. The visit was not announced in advance because of — surprise! — “security concerns.” Pruitt’s unanticipated visit to Florida last week also caught journalists off guard.

While it’s not unusual for EPA administrators to travel, Pruitt’s secretive schedule is a departure from the norm and shields him from some level of scrutiny. It’s unclear if Pruitt is more concerned about outside threats or keeping journalists and the public in the dark about what he’s up to.

It could also be that he’s worried about his own reputation — just like any celebrity out there — and wants to control the narrative about his tenure at the EPA. While Pruitt has a lot of critics, he also knows how to play to his base. After taking office a year ago, he granted interviews mainly to conservative media outlets.

Hey, it’s hard to be famous. Every little thing you mention — like, say, that climate change helps humans “flourish” — gets blown totally out of proportion by the media. And how are you supposed to make yourself look good when you’re dismantling the rules that keep our air and water clean?

As Memphis hip-hop group Three 6 Mafia almost said more than a decade ago, it’s hard out here for an EPA administrator.