Secondhand shopping is really popular all of a sudden 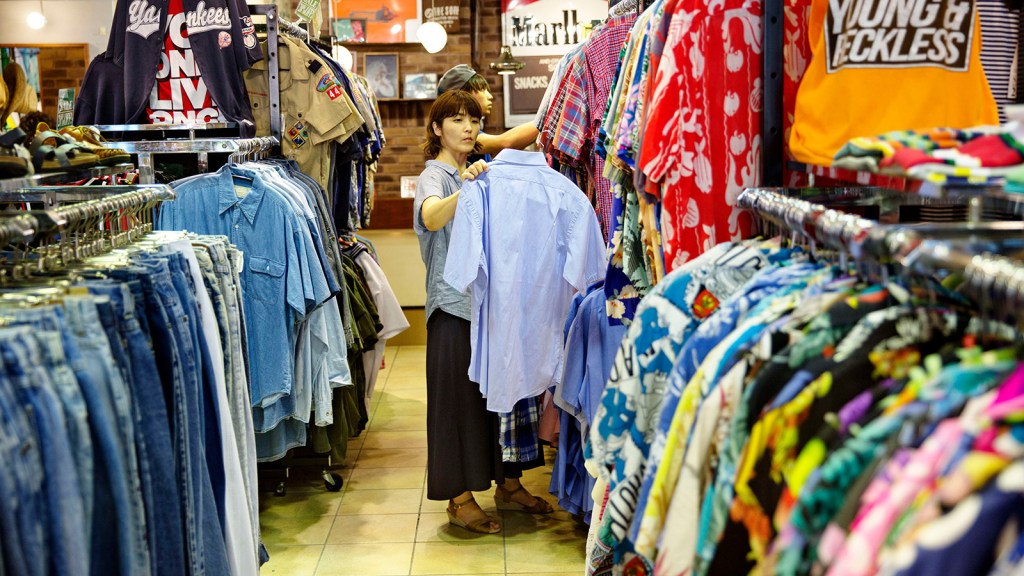 LightRocket via Getty Images
It's Thrifty B****

Secondhand shopping is really popular all of a sudden

Earlier this year, my colleague Annelise McGough and I wrote about Marie Kondo’s reality show and the craze it unleashed on America; the craze of “everything in this closet must go!!!” The phenomenon has been well-documented by overflowing Goodwills and packed-to-the-gills secondhand stores, with everyone trying to find a more joyful home for their joyless threads.

Well, joyless or not, the market for old jeans is certainly expanding. ThredUp, the online secondhand retailer, just released an analysis of the state of the used clothing market in 2019 using data from the Ellen MacArthur Foundation, Robert James Financial Services, and McKinsey. The good news: The popularity of buying clothes in their second (or third, or fourth) life is surging — and fast. The bad news: Attitudes about the disposability of clothing don’t seem to be changing that much.

The secondhand market is supposed to double in size over a five-year period, from a valuation of $24 billion in 2018 to $51 billion in 2023, according to the report. In just the past three years, the percentage of women interested in buying pre-owned clothing increased by 42 percent, and the number of women who actually bought pre-owned clothes grew by 28 percent.

Great! Everyone’s coming around to the gospel of Someone Else’s Lightly Worn Clothing That They Don’t Want Anymore. Now for the less great news: Part of the craze might be fueled by the cultural obsession with always wearing new, different, Instagrammable styles.

A real quote from investment bank Raymond James: “There are numerous reasons for the recent rise of resale, including environmental benefits and the desire for frequent turnover of wardrobes especially among the Instagram generation.”

The theory goes that if you don’t want it after a couple months, you can just sell it! “Consumers no longer buy with the intent to keep,” the report says, and chirpily suggests that the resale market offers the perfect solution to a landfill full of peplum tops.

That “solution” relies on a lot of very iffy variables, the strongest of which being the assumption that every unwanted garment can easily make its way to a happy new home.

Anyone who’s brought a 10-gallon bag of their wardrobe discards to Buffalo Exchange knows the drill: You successfully sell one (1) pair of designer jeans that you weren’t really sure you were ready to part with in the first place. Everything else goes to the overfull Goodwill, one of those clothing recycling cans you sometimes find in the wild, or the dumpster.

I know the point of online resalers like ThredUp and Poshmark is to make up for the limited capacity of brick-and-mortar counterparts. But even those can’t rehome the many tons of ill-advised purchases floating in so many closets. It’s kind of like our current recycling crisis: We want to believe that all the trash we don’t want anymore will end up in a greater place than the landfill. But there are not nearly enough other places for it to go!

To sum up: Yay for resale over retail, nay for perpetuating a culture that instills the belief that you can’t be caught in the same outfit twice.

You can read the whole report here.