The billion-dollar rebrand: How Big Oil is trying to change its image 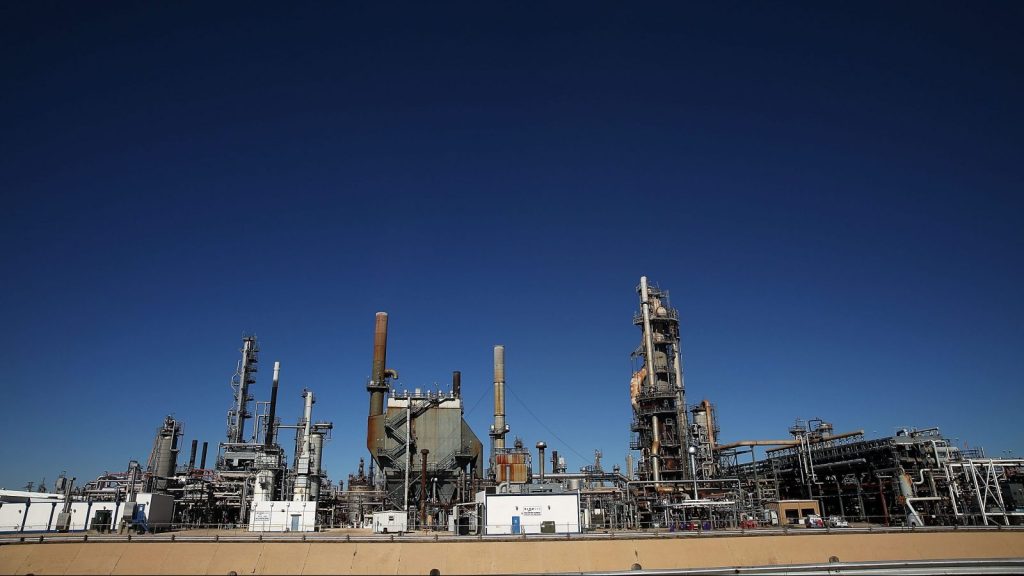 The billion-dollar rebrand: How Big Oil is trying to change its image

To the untrained eye, it looks like the major oil companies that helped get us into this whole climate mess — conglomerates like ExxonMobil, BP, and Shell — are starting to envision a world beyond fossil fuels. A few of them have launched their own campaigns charting a path to a greener future — and, surprisingly, even more have backed a carbon tax proposal.

Is Big Oil trying to hasten its own demise, or are these companies just ensuring that they will dominate the energy sector for decades to come?

ExxonMobil, Royal Dutch Shell, Chevron, BP, and Total have collectively spent more than a billion dollars on branding and lobbying since the signing of the Paris Agreement — the moment when the companies sensed a permanent turning of the tide against their industry. That’s according to a report published Friday by the U.K.-based InfluenceMap, a group that analyzes climate policy lobbying.

The report illuminates a two-pronged approach by Big Oil: While the companies market themselves as socially and environmentally conscious to the public, they’re actively working against climate regulations behind the scenes. Since the global climate accord’s adoption in late 2015, European-based Shell, Total, and BP — followed shortly thereafter by U.S.-based ExxonMobil and Chevron — “initiated a campaign of top-line positivity on climate,” the report said.

The five oil companies spent a combined $195 million in 2018 alone to rebrand themselves as climate-conscious. On its website, Shell touts its green accomplishments, including GravityLight, an initiative to create an alternative to kerosene in Kenya by harnessing “kinetic energy from falling rocks.” Not to be outdone, ExxonMobil is hard at work turning algae into biofuel. The company says it will produce 10,000 barrels of the stuff per day by 2025. Sounds big, but that’s only about 0.2 percent of the maximum amount of energy the company is capable of producing, InfluenceMap points out.

Despite the marketing campaigns around these companies’ green projects, their disclosures tell a very different story. The five corporations are expected to spend $115 billion in 2019, “but only about 3 percent of this will go to low carbon investments,” the report shows. The majority will go toward the resources the companies know best: oil and gas.

On the lobbying front, the oil majors have spent a combined $200 million per year to slow or block climate policy, according to InfluenceMap. They turned to trade groups like the American Petroleum Institute to do their most direct anti-climate lobbying. And it’s paid off, especially in a U.S. led by the Trump administration. Over the past two years, we’ve seen methane regulation rollbacks, deregulations of oil and gas development, and even attempts to stop California from greening its transportation sector.

Big Oil didn’t just spend investor money on Beltway wheeling and dealing. In the four weeks leading up to the 2018 midterm elections, the five oil majors spent $2 million on targeted ads on Facebook and Instagram aimed at eroding support for environmental initiatives.

The social media ads were concentrated in five states where key ballot measures were up for a vote: Washington, Colorado, Alaska, Texas, and Louisiana. Washington state’s ballot measure 1631, which would have established a moderate carbon tax, failed due in no small part to the influence of Big Oil — its interests spent a whopping $31 million to kill the measure. A Colorado ballot initiative that would have compelled developers to position oil and gas wells further away from schools, residential areas, and water sources failed after the industry spent $41 million on a campaign against it.

It’s clear that 2019 won’t be the year Big Oil abandons oil and gas. But there is one reason to be optimistic: A combination of investor and legal pressure, paired with media scrutiny, is making these companies sweat, the report says. The day might soon come when algae biofuels and falling rocks aren’t convincing enough to delay taking serious climate action.