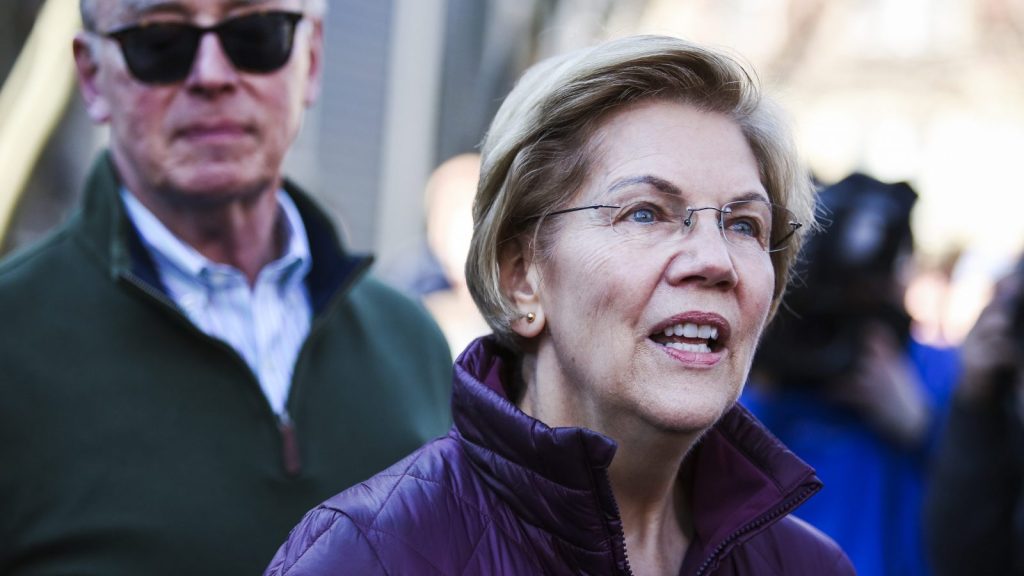 Elizabeth Warren dropped out of the 2020 presidential race on Thursday morning, 390 days after officially announcing her run. Several months ago, the senator from Massachusetts was widely regarded as a frontrunner with momentum to spare. But her support started to waver in the lead-up to the first contests in Iowa, New Hampshire, and Nevada. Ultimately, she never placed higher than third in any of the state caucuses and primaries she competed in.

Warren’s slogan, “I have a plan for that,” is an apt description of her biggest contribution to the presidential race — especially when it comes to climate policy. Over the course of her campaign, she released more than a dozen proposals to address climate change — more plans than any other candidate. Warren left no stone unturned in her quest to come up with an answer to what is arguably the biggest threat facing the nation.

Her plans offered solutions to problems as big as warming oceans and as small as inaccessible national parks. She had a plan to green the military (think zero-emissions vehicles and combat bases that run on clean energy) and a plan to base trade agreements with other countries on their emissions goals. The strength of Warren’s climate game lay not just in the quantity of her plans but also in their quality.

Warren’s candidacy may be dead, but her 14 plans could live on. And there’s reason to believe they might. After Washington governor Jay Inslee dropped out of the race in August, he encouraged the remaining candidates to crib from his climate plans, which he called “open-source.” Warren adopted planks of his sweeping climate platform and even hired one of his climate advisers. There’s nothing stopping the remaining candidates from similarly picking over Warren’s plans now that she’s out of the race.

Joe Biden and Bernie Sanders, the two remaining candidates with a viable path to the nomination, both have comprehensive climate plans. Sanders’ plan earned him an A+ from Greenpeace, which ranks candidates based on their dedication to phasing out fossil fuels and passing a Green New Deal. Biden’s plans got him a B+. But both stand to benefit from adopting some of Warren’s plans, which got more and more ambitious in the lead-up to her decision to drop out. Here are three plans that deserve to outlive Warren’s campaign.

“Stop Wall Street From Financing the Climate Crisis.” This plan is aimed directly at making sure Wall Street doesn’t leave Americans high and dry by continuing to invest in oil and gas infrastructure that could lose all their value in the transition to clean energy. Climate change, Warren says, destabilizes the American financial system by jeopardizing Wall Street’s investments and inflicting physical property damage (think the wreckage of coastal cities in the wake of catastrophic hurricanes or Western towns post-wildfires). She proposed using the regulatory tools in the Dodd-Frank Act — enacted in the wake of the 2008 crash — to regulate Wall Street and address those risks.

Warren’s plan for public lands. In April 2019, Warren became the first front-runner to release a sweeping public lands plan aimed at reducing emissions from public lands. She set the bar for similar plans from other candidates by advocating for an executive order banning new fossil fuel leases on federally owned lands on her first day in office. Most interestingly, she introduced the framework for a conservation workforce that would put a smile on FDR’s face: the “21st Century Civilian Conservation Corps,” which would “create job opportunities for thousands of young Americans caring for our natural resources and public lands.”

“Fighting for justice as we combat the climate crisis.” This plan has a lot in common with environmental justice plans from other candidates. It would direct at least $1 trillion to low-income communities on the frontlines of climate change. But it differs in one important respect: It uses wildfire wisdom from tribes to help the U.S. prevent deadly wildfires like the one that razed Paradise, California in 2018. In addition to investing in wildfire prevention programs and improved mapping of active wildfires, she aimed to incorporate “traditional ecological practices” and explore “co-management and the return of public resources to indigenous protection wherever possible.”

Will Biden and Sanders poach Warren’s climate plans? Time will tell. Her campaign certainly hopes they will. “The urgency of the moment calls for it,” the Warren aide said.