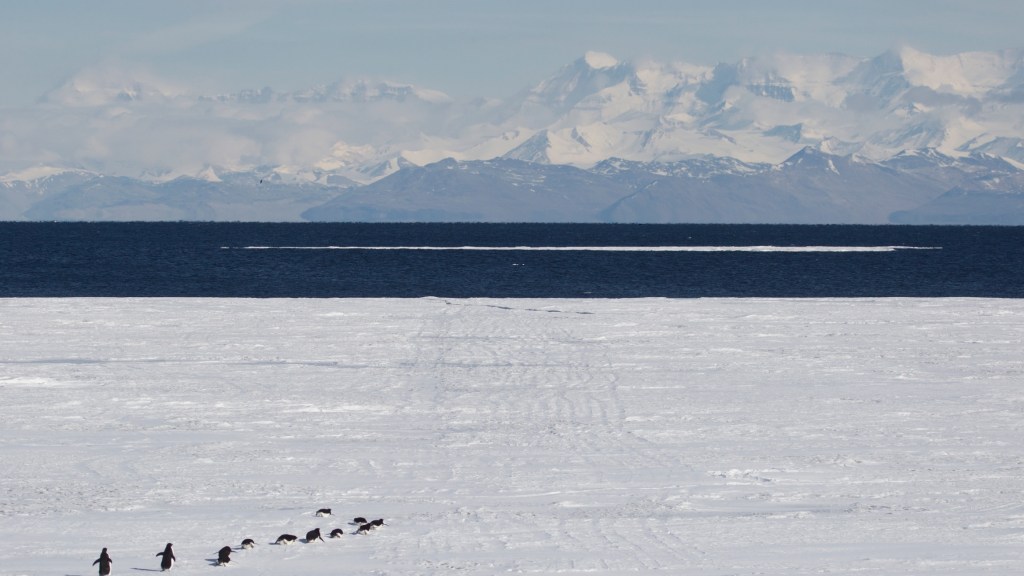 A record surge in the creation of marine protected areas has taken the international community close to its goal of creating nature refuges on 17 percent of the world’s land and 10 percent of seas by 2020, according to a new U.N. report.

Protected regions now cover more than five times the territory of the U.S., but the authors said this good news was often undermined by poor enforcement. Some reserves are little more than “paper parks” with little value to nature conservation. At least one has been turned into an industrial zone.

Almost all of the growth has been in marine regions, most notably with the creation last year of the world’s biggest protected area: the 2 million square kilometer (almost 800,000 square miles) Ross Sea reserve, one-fifth of which is in the Antarctic. The no-fishing zone will be managed by New Zealand and the U.S.

“We have seen an enormous expansion in the past two years. There is now more marine protected area than terrestrial, which nobody would have predicted,” said Kathy McKinnon of the International Union for the Conservation of Nature. “I think we’ll continue to see a substantial increase, I’d guess, to at least 10 percent in the near future.”

The U.N. convention on biological diversity says it has received national commitments for an additional 4.5 million square kilometers of land and 16 million square km of oceans to be given protected status in the next two years. This would put it on course to achieve one of the key aims of the 2010 Aichi biodiversity targets.

“This is the target with the most progress. In an ocean of bad news about biodiversity loss and eco-destruction, it is important to highlight that progress, though we still have a lot more to do to ensure not just the quantitive target but the effectiveness of the management,” said Cristiana Pașca Palmer, the head of U.N. Biodiversity.

The creation of protected areas has not been enough to halt a collapse of species and ecosystems that threatens civilization. Since 1970 humanity has wiped out 60 percent of mammal, bird, fish, and reptile populations, with a dangerous knock-on impact on food production, fisheries, and climate stability.

Protected areas are important refuges from this wave of extinctions but many are underfunded and poorly policed. Only one in five have provided management assessments to the U.N., which has raised questions about the viability of the rest.

Naomi Kingston, of U.N. environment world conservation monitoring center, said: “There is a race to deliver on Aichi target 11. It is fantastic that countries are coming with more ambition, but not if it is just a number without substance.

“Some areas that have been reported to us as protected areas have been completely built over. We need datasets to define which areas are paper parks and which are real.”

Developing nations have better reporting standards because many are obliged to provide regular assessments in order to qualify for funds from the Global Environment Fund. By contrast, many wealthier nations devote few resources to monitoring.

Discussions will focus on a new, more flexible category for community land that is used by locals for both agricultural production and wildlife conservation. In Africa, Asia, and Latin America, this is a model that has often helped improve biodiversity because residents – often from indigenous communities – live closely with nature and have an interest in protecting it.

For example in Namibia, the area designated as protected was doubled through the recognition of community conservancies as part of the national protected areas estate. Kingston said the biodiversity of the region also improved.

“It’s a real success story that shows how a government working with the community can deliver on conservation, governance and equity,” she said. “We need to move the narrative away from designating areas and then putting a fence around them, and to instead work more with communities who have been protecting wildlife for generations.”

There are still considerable problems, including communication weaknesses, dubious classification and national competition for ever scarcer resources. China does not share maps of its protected areas and will not allow the other data it submits to be used publicly. The U.K. has publicly committed to a goal of classifying 30 percent of oceans as protected, but some of the marine conservation zones in its own waters provide very limited protection for biodiversity. Britain has also approved fracking in a national park, contrary to IUCN guidelines that extractive activities are incompatible.

China, Russia, and Norway also caused disappointment and anger this year by blocking plans to create a huge new reserve in the Antarctic that would have been a sanctuary for whales and other species.

To keep up with shifts in designations, the U.N. and its partners have launched a live report that tracks changes in protected areas and land use. In future, they hope to overlap this map with satellite images and data on land use to measure how well conserved the areas are.

Regardless of their effectiveness, conservation experts say halting the decline of the natural world needs not just protection but a rethink of what it means to coexist with other species.