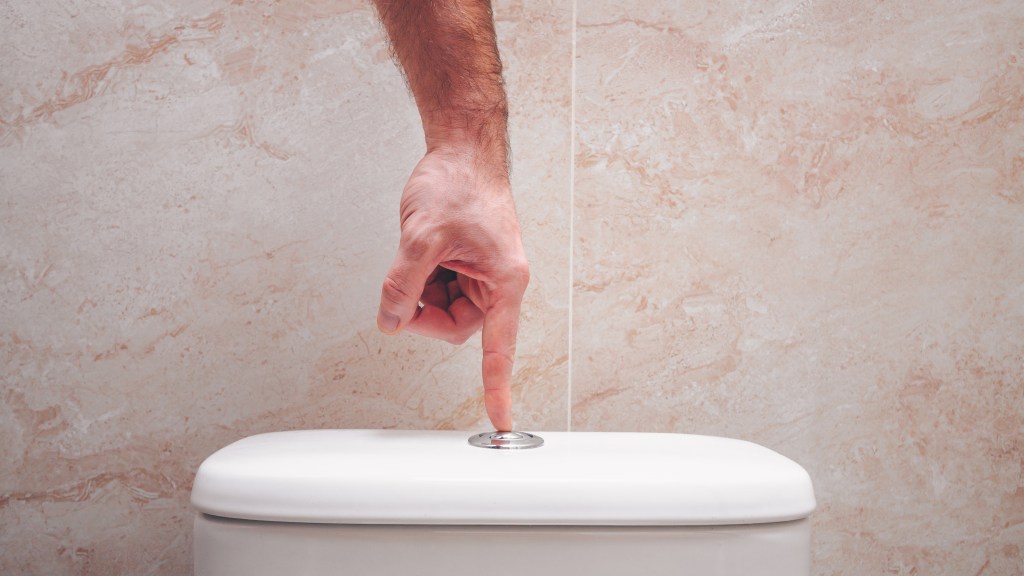 Wherever they’re found, fatbergs — giant mounds of fats, oils, and debris that accumulate in sewers — have many things in common. Stinky, sprawling, subterranean, they start small, then get bigger and bigger, and sometimes grow to gargantuan proportions, occasionally surpassing a double-decker bus or even an airliner in size. They tend to lurk, unnoticed, until they claim so much of a pipe that wastewater can hardly flow past them. Then, they’re investigated and hauled to the surface bit by bit, where they elicit fascination and no small measure of nausea.

They also usually form in the same ways. “Saponified solids are the major pathways to these hardened deposits,” says Joel Ducoste, an environmental engineer at North Carolina State University who studies underground accumulations of fats, oils, and grease (otherwise known as “FOG”). “You’ve got reactions with calcium that can come from the background wastewater, or from corrosion of concrete-like materials that releases calcium and reacts with fat and grease that has broken down to release saturated and unsaturated fatty acids,” Ducoste says. These deposits build up on the sides of the pipes, like plaque narrowing an artery.

The clogs appear all over the world, wherever fats and oils go down the drain, wherever people bathe, wherever we flush things that ought to go in the trash. Cities have been battling gunked-up pipes ever since they began to snake beneath the streets. In the United States, the first patent for a grease trap to intercept sewer-clogging slurries was issued in 1884. More recently, Melbourne, Belfast, and Tokyo have all battled fatbergs, and many metropolitan areas have devoted substantial funds to the fight. Fort Wayne, Indiana, has spent up to half a million dollars annually in the war against fatbergs; in New York City, it was $18 million over five years, Smithsonian has reported.

Left alone, most fatbergs will simply grow and grow, but they’re not all the same. Each wet mass of grease and garbage is putrid in its own way. “The size, the color, and the amount of debris intertwined into it might vary from place to place,” Ducoste says. Atlas Obscura dug into the composition of three recent examples around the globe, and what they say about the cities and people that created them.

For most onlookers, the Whitechapel fatberg — a 140-ton tangle plugging up London’s sewers in 2017 — probably didn’t evoke a calm bath. But when Raffaella Villa, an applied microbiologist at England’s Cranfield University, laid eyes on it, the mass reminded her of the gummy mess that builds up around the edge of a tub when her son takes a nice long soak. “When you drain the water out, you find what we call scum, which is basically your soluble soap turning into insoluble soap,” says Villa, who has studied fatbergs for a decade. When she and her collaborators analyzed a 2.2-pound sample of the fatberg for the Museum of London, which recently displayed a desiccated, beige slab from the behemoth, Villa discovered that a similar process was taking place inside the sewer. In London’s case, she found, the saponification was helped along by the city’s calcium-rich hard water.

A quick glance at the chunk reveals candy wrappers, wet wipes, and pieces of plastic ensnared in its sticky matrix, along with few little flies and worms. Though the experience was unsavory, Villa was almost pleasantly surprised. She had expected to find even more trash, though, she says, “I was very shocked about the number of wipes.”

To learn more, Villa’s team dried their chunk of the fatberg at 105 degrees C (221 degrees F) to determine the water content. It then went into a furnace cranked up to 550 degrees C (1022 degrees F) so the team could measure the ash and grit in it. Then researchers used gas chromatography to look for the specific fatty acids that mingled in the blob.

They found that 53 percent of the fatty acids were palmitic acids — a type of unsaturated fat found in palm oil and olive oil, plus dairy products such as butter, milk, and cheese. These acids also show up in dishwashing liquids and cosmetics. Villa’s team also observed oleic acid, found in olive oil and almond oil, as well as soaps and plasticizers, plus myristic acid (found in coconut oil, nutmeg, soaps, and cosmetics), stearic acid (a component of cocoa butter and shea butter, plus laundry and dishwashing liquids), palmitoleic acid (commonly found in macadamia oil and lubricants), and linoleic acid, which is used much like oleic acid.

Heavy metals from car exhaust and petroleum showed up in the sample, too. “Our sewers are combined sewers, so you’ve got anything coming from roads, not just materials or wastewater coming from kitchens,” Villa explains.

She suspects that the Whitechapel fatberg probably accumulated over the course of 10 years or so, but it’s hard to say for sure — and it’s difficult to determine what built up when. Unlike packed sediment or the rings of a tree, fatbergs don’t seem to accumulate as a time series — at least they really don’t appear so once they’re removed. They actually begin on the sides of the pipes, Villa says, not on the bottom, where water courses through. “When it’s removed and cleaned, you lose that information because of the combination of hand-shoveling and jet cleaning,” she adds. There’s little spatial organization by the end.

Other teams of researchers are doing more in-depth work on the invertebrates that occupied the sample, as well as the bacterial colonies that bloom on fatbergs. The hope is that researchers can isolate these microbes, then strategically harness them to break down stubborn clogs, in a process called bioaddition or bioremediation. Meanwhile, teams studying the numerous other fatbergs that have blockaded London’s underground guts recently detected traces of cocaine, MDMA, and acids found in anti-acne creams.

In mid-October, workers at a wastewater treatment plant near Charleston began to notice that the water levels were rising fast. They suspected a blockage, and expected the culprit to be a mass of waterlogged wipes. To be sure — and to get it out — they dispatched a team of divers.

A three-person crew pulled on steel-toe boots, three pairs of gloves, and full-body suits (including metal helmets with sealed oxygen hoses), and rode a cage 80 feet down into the wet well, or holding tank. There, they felt their way through raw sewage. “You can’t send a camera down, because there’s zero visibility no matter how much light you bring down; it’s filled with particulate matter,” says Mike Saia, communications manager at the Charleston Water System. This diving company has been inspecting the area’s pipes for at least two decades. Saia says the divers know the topography by touch. They stuffed the cage full of the fetid stuff, and then returned to the surface. “Those people really are heroes,” he says.

Over the course of three dives, the team extracted a mass roughly three feet wide, 12 feet long, and weighing several thousand pounds. Up on solid ground, it looked like a shaggy, waterlogged puppet, or a bloated ghillie suit. The beast was dark gray, almost black. “People assume it would be brown, for obvious reasons,” Saia says, “but only a small amount of this water comes from the toilet.” The rest comes from showers, sinks, and washing machines, whose discharges are a subtler gray.

The blob included plastic shopping bags, potato chip bags, tampons, and paper, as well as dental floss — which is “a wonderful binding agent,” Saia points out. The team also found a slew of the wipes they were expecting. “Fat definitely binds to wipes, because that’s what wipes were designed to do,” Saia says.

Sewers are acidic places. Over time, that acid begins to corrode the concrete of the pipes — and many things can then catch on the rough surfaces this creates. “We believe that a wipe mass began to snag on something, and grew and grew in size until it was ultimately pushed through like a slug through the system,” Saia says.

The pipes choked by this fatberg are a half-century old, Saia says, and slated for replacement in 2019. In the meantime, the team won’t glean any more information about the beast that they slayed — it’s been dried out and buried in a landfill.

Singapore’s clogs are numerous — the national water agency, PUB, told Channel News Asia that they respond to 36 “choke” cases a month — but they’re also smaller and easier to vanquish. Often, high-power water jets or a single rod and fishing net are enough to dislodge them. Sometimes, the pipes are also scoured with a kind of a squeegee.

The agency estimated that between January 2015 and June 2017, nearly three quarters of the clogs occurred because people were introducing grease and rags into sinks and gutters. “We always try to educate the public not to treat the sewage system like a dustbin although it may seem convenient,” Chiew Choon Peng, senior principal engineer from the water reclamation department, told Channel News Asia.

The message is often ignored. In October 2017, the agency cleared hardened grease from beneath a street lined with restaurants. In addition to the grease, the workers removed packs of cigarettes, condoms, menstrual pads, plastic cutlery, mop heads, and mounds of paper towels from a phlegm-colored mass.

Overall, Singapore’s sewers are in the midst of a renovation. Since 1996, inspectors have been peering into the agency’s 2,175 miles of public sewers to improve flow and repair components that contribute to “chokes, leaks, and structural failure.” Instead of hacking up sidewalks, the agency is trying out less-invasive tactics, including threading slick new pipes inside of old ones. The nearly 30-year project is expected to wrap in 2024.

Fatberg ingredients vary from city to city, and perhaps even from street to street. “The composition might differ if I sample in Chinatown versus another place,” Villa says, “maybe because the food is different, and the diet is different.” One kind of cooking oil would leave behind a different signature than another, and the grease from chicken is different than the grease from beef. But anything that is flushed or dumped might glom on to the fatberg. “Whatever gets caught in that solid matrix becomes part of it if it doesn’t get washed away,” Ducoste says.

All across the world, the recipe for preventing fatbergs is the same. “Everybody has to work hard on the three pillars — maintenance, technology, and education — in order to combat this in a meaningful way,” Ducoste says. This entails upkeep on grease interceptors, and maybe even replacing existing sewer pipes with ones made from different materials that are less likely to leach calcium and provide snag points. And, of course, it requires residents to curb the habit of putting things down the pipes — no grease, no wipes, no floss. Nothing that feeds the fatberg.