Ted Cruz and Beto O'Rourke didn't debate climate change. Will it come up next time? 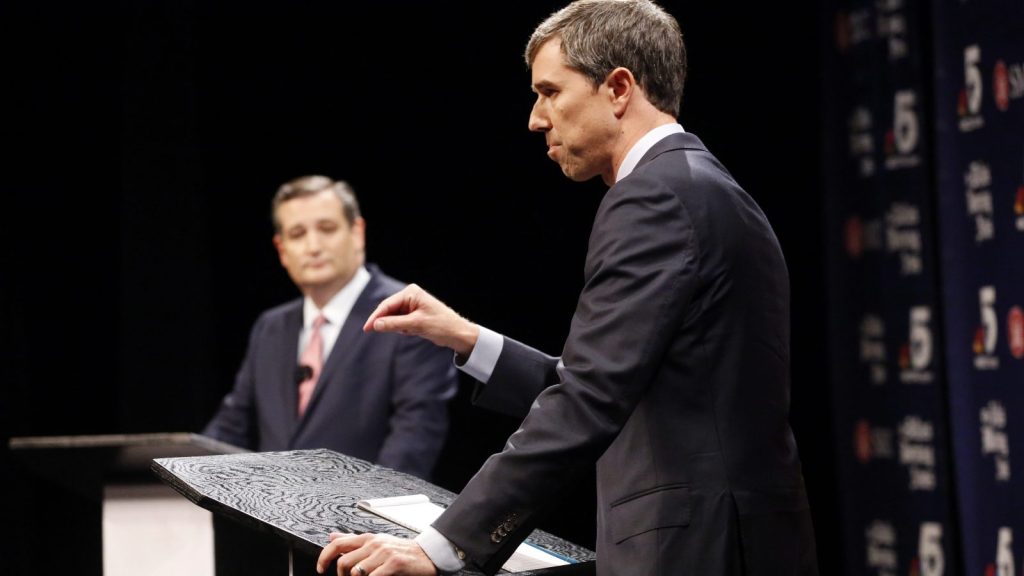 Ted Cruz and Beto O’Rourke faced off on Friday, September 21, in the most high-profile Senate debate of the election season so far. As you might expect, it did not include a single mention of climate change.

Cruz, a Republican senator from Texas, and O’Rourke, the Democratic congressman who’s challenging him, have starkly different views on the issue, but voters are not hearing enough about those views. Climate change poses huge threats in Texas, including extreme heat, drought, wildfires, and coastal flooding. The Houston area is still recovering from last year’s record-breaking Hurricane Harvey, which multiple scientific studies found was made worse by climate change. Long known as an oil and gas powerhouse, Texas now has a big stake in the clean energy economy, leading the nation in wind power and coming in fifth in solar power.

“I’m disappointed,” Texas resident Sarah Beasley told ThinkProgress, explaining that she had wanted to hear from the candidates on global warming. Nearly 4 in 10 registered voters surveyed earlier this year said a candidate’s position on global warming would be very important when they decide who to vote for in 2018 congressional elections.

Unfortunately, the Cruz-O’Rourke debate was not an outlier. Of 12 debates in competitive Senate and gubernatorial races that Media Matters has analyzed so far this election season, only one included a question about climate change. That’s actually worse than what we saw in the 2016 election season, when Media Matters found that less than a quarter of the debates we analyzed in competitive Senate and governor races featured a climate question.

The resulting exchange, which went on for more than five minutes, was both substantive and informative. Johnson said that “there is quite a disparate opinion on how much” humans contribute to climate change. (If he was talking about the opinion of climate scientists, that’s not true.) He also argued that policies to fight climate change could “cost people a lot of money and hurt people” and might not “make any difference.”

In contrast, Walz said, “We can make a difference. We have to make a difference.” He pointed out that shifting to clean energy can lead to a stronger economy and job growth. The debate made the candidates’ differing views on climate change crystal clear.

Attention, debate moderators: We need more exchanges like that. Ask candidates to make clear whether they consider climate change to be a serious problem, and what they propose to do about it. Better yet: Ask how they will respond to climate change’s local, state, and regional impacts, which differ around the country.

Dozens more debates will happen over the next six weeks in the lead-up to Election Day, giving the journalists and others who will act as moderators plenty of opportunities to ask candidates about climate change — arguably the most pressing issue of our time. Media Matters will be updating a scorecard with details about upcoming debates and contact info for moderators, and after debates happen, we’ll report on whether moderators brought climate change up.

Voters deserve to hear candidates publicly state their views, and the rest of the electorate does too. If there’s a debate coming up in your state, let the moderators know that you expect climate change to be on the agenda. In Texas, there are two more chances to get it right: Cruz and O’Rourke will meet again at debates on September 30 and October 16. Houston’s ABC13 is asking citizens to submit questions for the next debate. Have any suggestions?