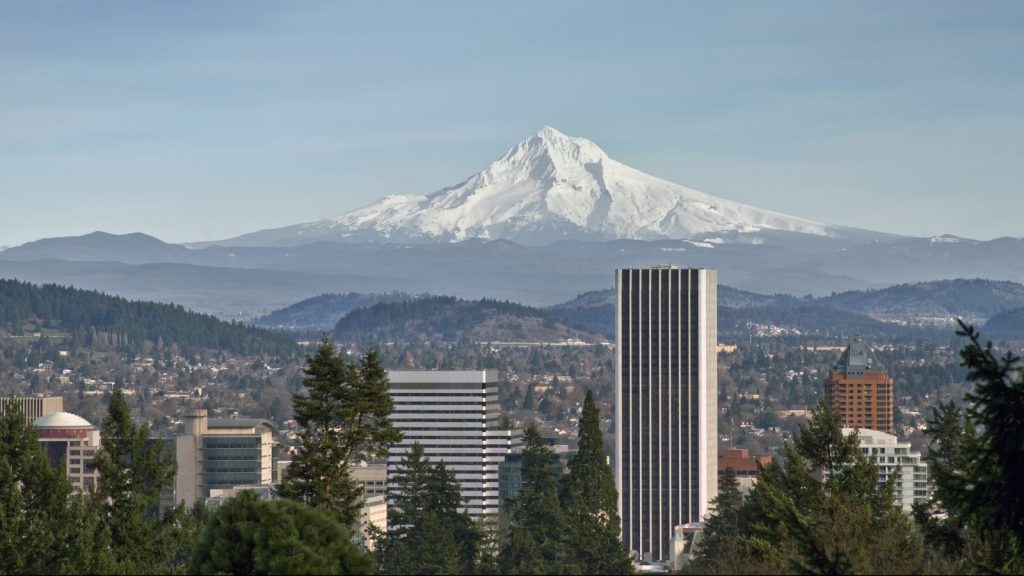 Washingtonians turned down another shot at having the country’s first “carbon fee” this week. Initiative 1631 was rejected by 56 percent of voters, faring only slightly better than the revenue-neutral carbon tax that met a similar fate two years ago.

Across the border in Portland, Oregon, the climate had better luck. Voters in the city backed the Portland Clean Energy Initiative, which aims to raise $30 million a year for renewables and clean-energy job training through a tax on big retailers.

What can we learn from comparing these two grassroots measures in one of the country’s blue strongholds, the Northwest? They have some key differences: Washington’s promised a whole-scale, state-level climate policy; Portland’s concerned a single step for climate action at the city level.

But the parallels are striking. They were both clean-energy campaigns that faced misleading tactics and an outpouring of money from corporate opposition. And they both showed that it’s possible to build a broad, diverse coalition of labor, environmental, and justice organizations behind climate policy — something activists have said needs to happen for years.

Their respective fates can’t be waved away as politics as usual. In King County, home to the progressive bastion of Seattle, 57 percent of voters supported I-1631, not enough backing to overcome opposition from conservative parts of the state. In hyper-progressive Portland, 64 percent went for the clean energy initiative. How do you explain that?

Here’s one explanation: money. That’s certainly part of it. The campaign against Washington’s carbon fee raised $31 million, with 99 percent of that coming from oil and gas companies. That’s the most that’s been raised for a ballot initiative in state history. Supporters of the fee raised slightly less than half of that — around $15 million — with big donations from Bill Gates and Michael Bloomberg.

“We have just got to figure out a way for big corporations to not be able to buy elections,” said Nick Abraham, spokesperson for Yes on 1631.

In Portland, the opposition campaign raised $1.4 million, with big donations from Amazon, Walmart, and other companies, according to the Oregon Secretary of State. Portland Clean Energy Initiative backers raised $780,000.*

What’s in a name?

Almost 70 percent of Washington voters, including a majority of the state’s Republicans, say they would support a measure to regulate carbon pollution — at least in the abstract, surveys show. But it’s still pretty hard to get people to vote for an actual tax, even if you call it something else.

Washington’s measure was technically a fee because its revenue would have gone straight to a designated purpose, as opposed to a general tax that raises revenue the legislature might spend on whatever it wants. The hope was that the “fee” language would be less off-putting for voters.

But you can’t run away from the t-word. “As soon as the opponents start organizing, they’re going to call it a tax,” Anthony Leiserowitz, director of the Yale Program on Climate Change Communication, told me in an interview earlier this year.

Boy, was he right. The No on 1631 campaign made sure that everyone in Washington saw the words “unfair energy tax” in the television ads and mailers that blanketed the state.

Lost in the details

I-1631 was a complex policy. That’s not necessarily a bad thing, but it likely made countering the opposition’s message much harder. It gave the No campaign plenty of lines of attack. It pointed out that gas prices would rise under the tax, that some big polluters would be exempted, and that the money would be handled by an unelected board. Yes on 1631 had responses to all of these points, but the No message resonated, even among some Democrats.

Portland’s measure was simpler. The opposition campaign similarly said the tax on big retailers would be passed to consumers and businesses. But that was pretty much it. Advocates had only one argument to refute, said Coalition of Communities of Color Advocacy Director Jenny Lee, making it less confusing for voters and easier to communicate their rebuttal (no, this will be paid by big corporations!).

“It’s hard to fight multiple fires,” Lee said. “It’s no comment on how the [Yes on 1631] campaign did, but there are challenges of putting complex policy before the voter.”

Back to the legislature

Would a complex climate policy have a better chance in front of elected officials? We may find out next year. The good news in the Northwest is that more climate champions are headed to office.

“Stepping back, I am truly more hopeful at any point than I have been since 2008 or 2009,” said Gregg Small, executive director of the Climate Solutions, a Pacific Northwest-based clean energy nonprofit. Small said support for action in both states looks stronger than it did before.

Some races are still shaking out as absentee ballots roll in, but it’s clear that Oregon will have a supermajority of Democrats in the Senate next year. Oregon legislators had already made passing a cap-and-trade bill a priority for 2019. And in Washington, there’s already talk of taking another carbon pricing bill to the state legislature. (A carbon tax failed in the state legislature this year by a single vote.)

Governor Jay Inslee assured me in an interview back in May that if I-1631 failed, there’d be another big push to enact a carbon tax, fee, price, or whatever you want to call it. “One way or another,” he explained, “we’re going to get this job done.”

*Correction: An earlier version of this article misstated the amount raised by the Portland Clean Energy Initiative. 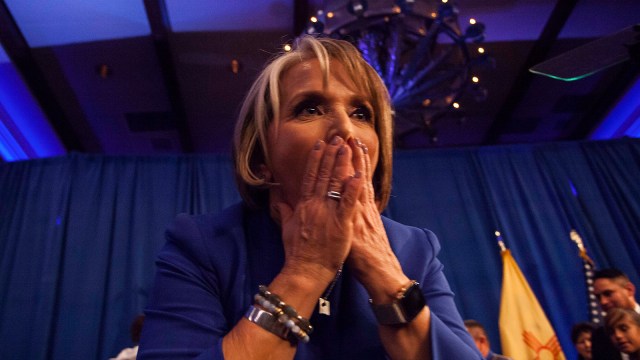 give it a trifecta

These state legislatures are now controlled by Democrats with climate-friendly governors like Michelle Lujan Grisham and Jared Polis.
See all articles in this series