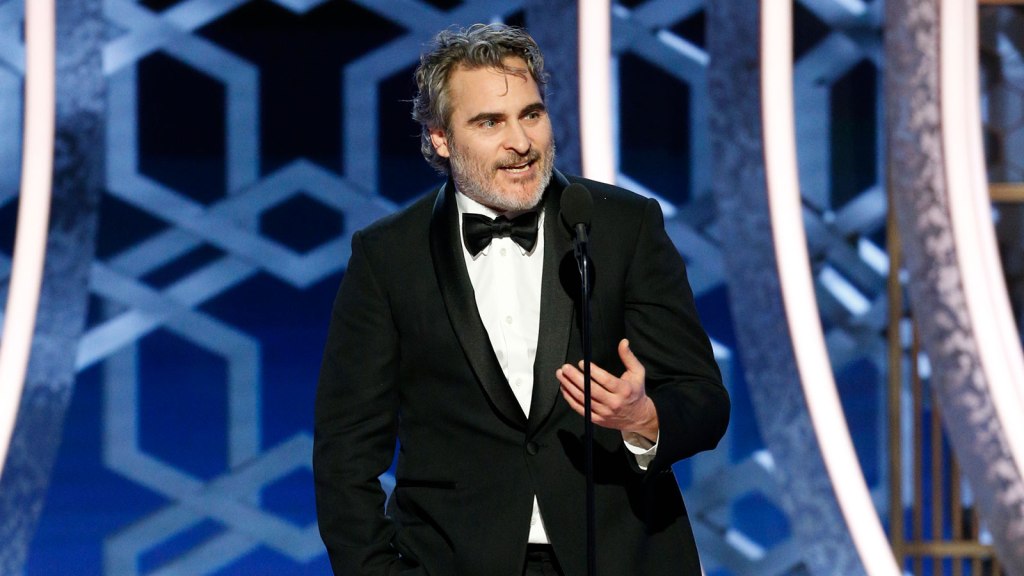 Early during the Golden Globes on Sunday night, an emotional Jennifer Aniston read a statement from Russell Crowe, who was being honored for his role in the Showtime miniseries The Loudest Voice. Crowe could not be there to accept the award himself; he was in his native Australia protecting his family from catastrophic wildfires that have ignited millions of acres and killed 25 people.

Russell Crowe got Jennifer Aniston to read out a climate change message about the bushfires at the Golden Globes, and honestly, what a lord pic.twitter.com/9L6OzEeETi

Crowe’s warning was just the first of many to come from the stage during the 77th annual Golden Globes. Multiple actors used their few moments onstage to talk about the climate crisis and voice support for Australians facing devastating wildfires.

Patricia Arquette, who won the award for best supporting actress in a series for The Act, begged viewers to vote in 2020, so as to avoid future disasters like the one unfolding in Australia. “For our kids and their kids, we have to vote in 2020,” she said.

Cate Blanchett talks the Australia climate disaster during the Golden Globes and makes a call out for the world to hear pic.twitter.com/lzf5kfC5Eh

Joaquin Phoenix, who nabbed an accolade for Joker, said it was time for climate-conscious celebrities to start walking the walk. “It’s great to vote, but sometimes we have to take that responsibility on ourselves and make changes and sacrifices in our own lives,” he said, adding: “We don’t have to take private jets to Palm Springs for the awards.”

Fittingly, the extravagant ceremony itself was greener than usual. Stars dined on the ceremony’s first-ever all-vegan menu and drank water out of glass instead of plastic bottles. The Hollywood Foreign Press Assocation even said it plans to “upcycle” the red carpet that stars walk in on — that is, they’ll reuse it for future events. As for the private jets, we’ll see if Phoenix’s version of flygskam has any impact.