The media is failing to challenge Trump's attack on the planet 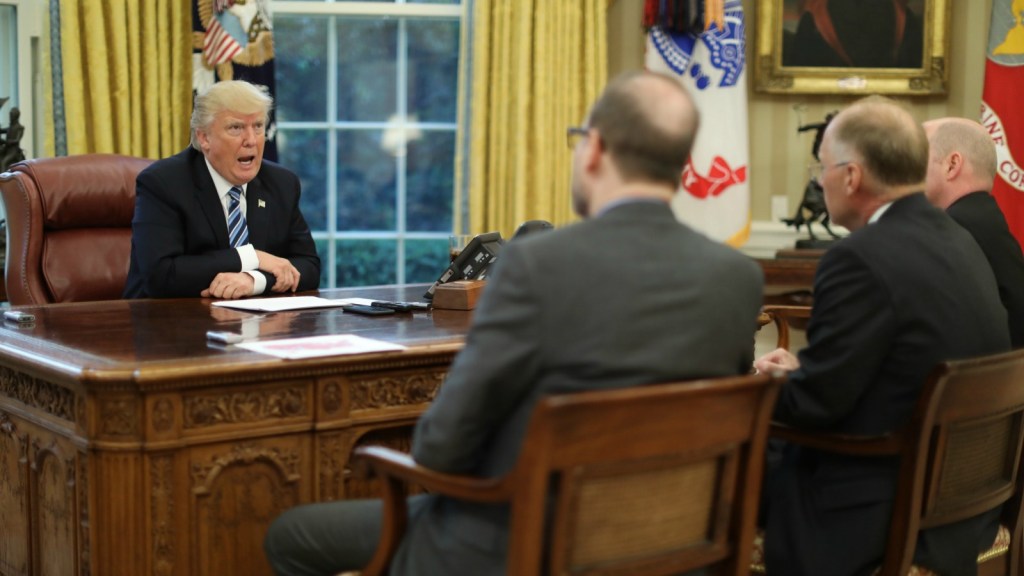 It may seem like a distant memory now, given President Donald Trump’s firing of FBI Director James Comey, but the top political news at the beginning of this week was the administration’s unexpected dismissal of nine government scientists from the 18-member Environmental Protection Agency board that oversees the department’s scientific research. The EPA reportedly plans to replace some of those board members with representatives from the polluting industries the agency is supposed to regulate.

This was just the latest brazen assault on climate policy by the Trump administration. By sheer number of actions, Trump has done more on the environment than in any other area since becoming president. He’s signed at least eight anti-environmental executive actions, and ordered delays and reviews of anti-pollution rules. He’s appointed climate change deniers to cabinet positions, and scrubbed scientifically accurate information about climate change from EPA websites. And Trump is considering whether to leave the Paris climate agreement, which is casting a dark shadow over talks in Bonn, Germany, where representatives from 200 countries are discussing the terms of the deal.

Which makes it all the more bewildering that reporters with access to the president have failed to press him on the subject. Two more examples of this media failure surfaced on Thursday, when The Economist and Time each published separate, wide-ranging interviews with Trump — and neither featured a single question about the administration’s environmental agenda.

Time and The Economist’s omissions might seem reasonable, given the looming threat of a constitutional crisis. But both interviews were conducted before Trump fired Comey; while The Economist sat down with Trump on May 4, Time did so on Monday night, when the fired EPA scientists was major news. These omissions might also seem reasonable by journalistic standards; reporters get a limited amount of time with the president, and can’t ask about everything. But being a good journalist means asking questions that haven’t been asked before, and most journalists have failed to ask Trump about his science and environmental policy since he took office in January.

Here is a rough, and likely incomplete, list of sit-down interviews with Trump since he took office. The numbers indicate how many questions were asked about his environmental agenda.

The questions that were asked were woefully non-substantive. In Fox News’ Jan. 26 interview, Sean Hannity asked, “How important a goal is it that you want this country to move towards energy independence?” Trump responded: “Very important. It’s very important.” Then he insisted, “I’m an environmentalist, OK?”

HANNITY: … many of whom do not like us. We have more shale. We have new technology. We have hydro-fracking natural gas. We’re the Middle East of natural gas. How important a goal is it that you want this country to move towards energy independence?

HANNITY: Can you do it in four years?

TRUMP: Oh, I think you can do it in a lot less than that. No, it’s very important. No, they stop you environmentally. They use the environment to stop a lot of good things, not only energy, buildings and factories, plants. They use it to stop things. It’s like a roadblock, but that’s not going to happen anymore.

And, by the way, I’m an environmentalist, OK? I believe strongly in the environment and I’m going to protect the environment. But you don’t have to have a man who wants to build a factory or a person or a company wait 10 years going through approvals, at the end of the 10-year, get rejected, OK?

Climate change was the final question in the Washington Post’s lengthy interview, and Trump was asked not about policy but whether he accepts climate science. “Is there human-caused climate change?” Post editorial page editor Fred Hiatt asked. Trump said he believes in “weather.” Editorial writer Stephen Stromberg followed up by asking if Trump should consider the risk; Trump responded that nuclear weapons were a bigger risk. End of interview.

TRUMP: I think there’s a change in weather. I am not a great believer in man-made climate change. I’m not a great believer. There is certainly a change in weather that goes — if you look, they had global cooling in the 1920s and now they have global warming, although now they don’t know if they have global warming. They call it all sorts of different things; now they’re using “extreme weather” I guess more than any other phrase. I am not — I know it hurts me with this room, and I know it’s probably a killer with this room — but I am not a believer. Perhaps there’s a minor effect, but I’m not a big believer in man-made climate change.

STROMBERG: Don’t good businessmen hedge against risks, not ignore them?

RYAN: Thank you for joining us.

There’s no shortage of environmental questions to pose to Trump. Here’s what I’d ask him, if given the chance:

What journalists shouldn’t do is — as the Post did — ask Trump whether climate change is real. We already know his answer to that question.

The media’s neglect of environmental policy is hardly unique to the Trump presidency.

In 2014, for example, major media outlets like the New York Times and NPR cut their environment reporting staff significantly. Network news largely ignored the U.N. Intergovernmental Panel on Climate Change’s wide-ranging report on the state of climate science. And CNN President Jeff Zucker admitted his network didn’t broadcast lots of climate stories because of a “tremendous amount of lack of interest.”

As 2016 proved, political journalists just don’t like asking about it. According to Grist, “Five minutes and 27 seconds were spent on climate change and other environmental issues in the three presidential debates, 2 percent of the total time — and that was pretty much all Hillary Clinton talking.” In addition, “there wasn’t a single question on climate policy, and only one that directly related to energy.”

Climate change is, admittedly, a difficult story to cover. The impacts of global warming can seem opaque and far off. A majority of Americans are concerned about the crisis, but it’s an ever-present one, and thus not likely to lead the news most days. Plus, the science of climate change is complicated, making it difficult for non-expert journalists to digest, fact-check, and explain to readers — on a deadline, no less. But such difficulties are no excuse for political journalists, who manage to ask Trump informed questions about other complicated subjects, like health care or tax reform.

In the coming weeks, Trump will decide whether to withdraw the U.S. from the Paris Agreement. He’ll begin the process of opening up oil drilling in the Atlantic Ocean. And his EPA will start the process of repealing and replacing clean water regulations. If there were ever a time for journalists to force Trump to defend his assault on the environment, it’s now.