The radical tools that could save coral reefs 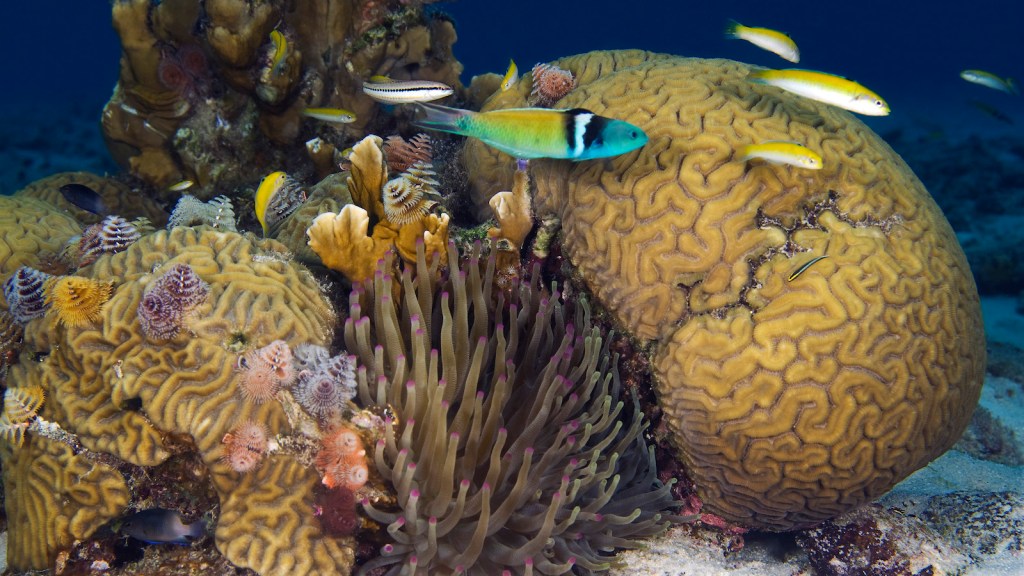 The radical tools that could save coral reefs

Coral reefs, considered the canaries of the world’s oceans, are being cooked. As many as 50 percent of reefs worldwide have been lost over the last few decades, with major die-offs in recent years due to mass bleaching events brought on by warmer ocean temperatures.

As the planet heads toward potentially catastrophic climate change, scientists have come to a sobering realization: Coral reefs, sensitive ecosystems that provide habitat for more than 25 percent of marine species and are vital to coastal communities around the globe, may not persist without radical human intervention.

On Wednesday, a committee of the National Academies of Sciences, Engineering, and Medicine released a 200-page interim report that identifies more than two dozen intervention strategies, many of them experimental, that could make corals more resilient to the effects of climate change.

Coral scientists have reached an “unheard-of state of urgency,” recognizing that the status quo likely won’t be enough to stabilize reef ecosystems in a warming world, Stephen Palumbi, the committee’s chair and a marine biology professor at Stanford University, said at a briefing on Wednesday. This sense of urgency was on full display at the committee’s first meeting in February, where Mark Eakin, the coordinator of the National Oceanic and Atmospheric Administration’s Coral Reef Watch, said the situation facing corals is dire.

The new report — the first of two that the 12-person committee is tasked with producing — provides an in-depth look at 23 techniques scientists could use to give corals a fighting chance, from relocation and genetic manipulation of coral species to antibiotic use and spraying salt water into the atmosphere to shade and cool reefs.

This is the “first time anyone has looked into what abilities we might have to stabilize any major world ecosystem,” Palumbi told HuffPost. In much the same way that the agricultural sector is planning for changing climate conditions, the committee set out to identify the range of resilience tools available to the field of coral science, he said.

The good news is, there are many.

The report primarily focuses on ways of protecting corals against bleaching, a phenomenon in which heat-stressed corals turn white after expelling their algae, which provide most of the coral polyps’ energy. If not allowed to recover free of stressors, the corals can perish. The most recent bleaching event, which lasted from June 2014 to May 2017, was the “longest, most widespread, and possibly the most damaging coral bleaching event on record,” Coral Reef Watch says. Among the reefs hardest hit was Australia’s Great Barrier Reef, where an estimated 29 percent of shallow water corals perished.

Scientists say failing to rein in greenhouse emissions, the primary driver of global climate change, will spell the end of coral reefs as we know them. The Intergovernmental Panel on Climate Change, the leading United Nations consortium of researchers studying human-caused climate change, issued a dire report in October that found reefs could decline by 70 to 90 percent if the planet warms 1.5 degrees Celsius (2.7 degrees Fahrenheit) above preindustrial levels, and by 99 percent at 2 degrees Celsius. And the latest federal climate assessment, released last week by the Trump administration, concluded that the loss of unique coral reef ecosystems “can only be avoided by reducing carbon dioxide emissions.”

Palumbi emphasized Wednesday that the known interventions are not a substitute for cutting carbon emissions or reducing other environmental stressors.

“These interventions will help coral reef ecosystems be resilient enough to hang out while we figure out fixing climate change,” he said.

The “huge lift,” he added, will be finding ways to implement them on regional or global scales. So far, none have made it beyond lab or field trials, “making their efficacy and impacts uncertain,” the report states.

The project, sponsored by NOAA and called Interventions to Increase the Resilience of Coral Reefs, is expected to take up to two years. The committee’s second report, due out next year, will provide a decision-making framework for world leaders to assess the risks and benefits of intervention strategies and to implement them to help protect reefs.