Have you heard the news? In our relatively short time on this little blue dot, humankind has managed to put 1 million species at risk. Way to go, idiots.

Hundreds of experts from around the world looked at thousands of scientific studies and found that the speed with which we are fucking up the natural world is “unprecedented,” and wrote it all up in a 1,500-page report. The authors looked at what will happen if we continue polluting, clearing forests for agricultural purposes, expanding cities and roads, overhunting, overfishing, mucking up water resources, and spreading invasive species.

The report shows that we’re not just on the precipice of an extinction crisis; it’s already unfolding around us. Here are the scariest takeaways from the summary of the report’s findings (the full report isn’t coming out until later this year): 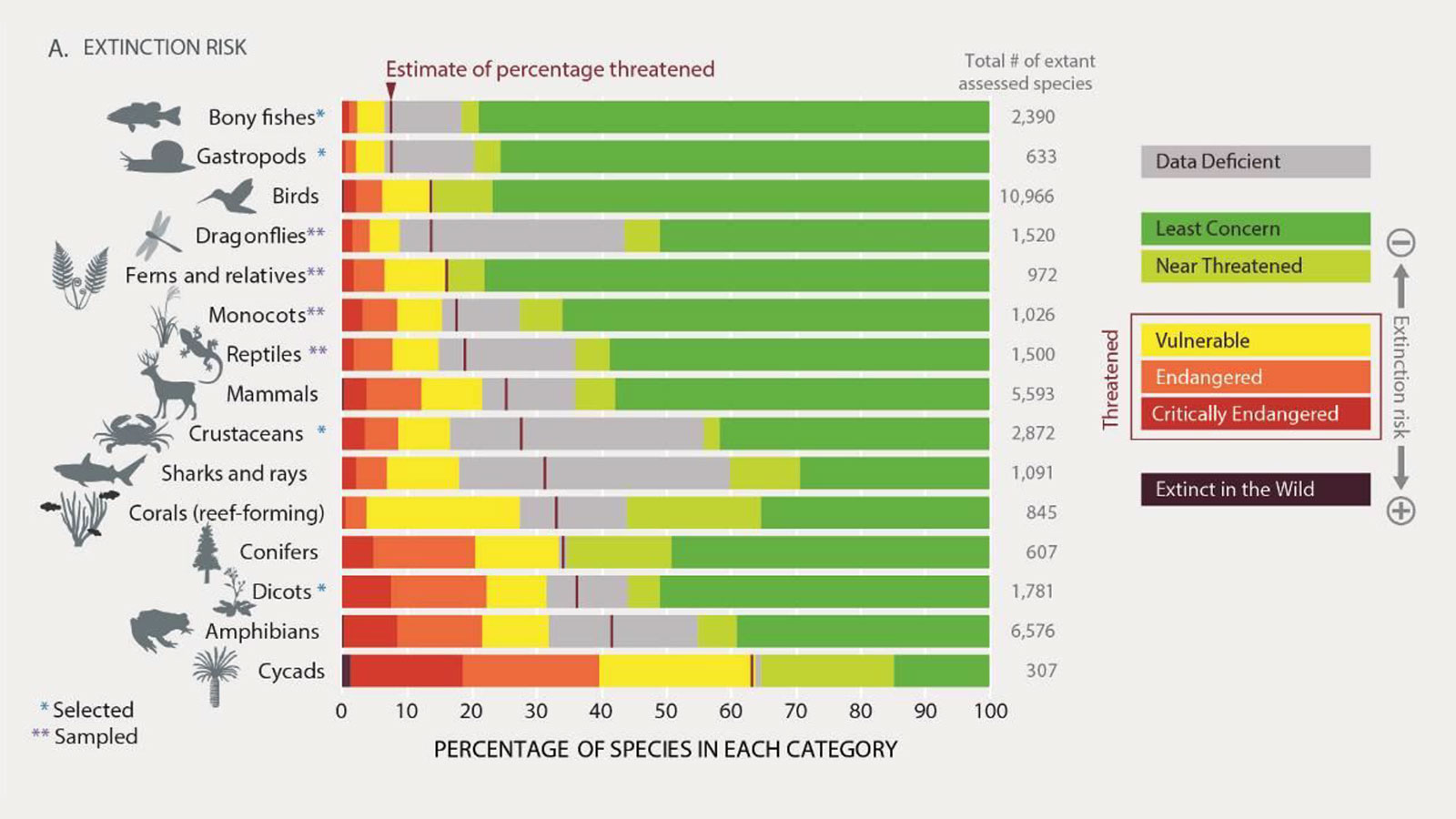 Which portions of the world are to blame for the global loss of biodiversity? Glad you asked. Much like the issue of climate change, the folks who are going to suffer (or are already suffering) from rapid extinctions are not the people who contributed the most to causing the problem.

High-income regions of the world use the most fertilizer, have the highest rates of domestic material consumption and gross domestic product per capita, and, of course, produce the most greenhouse gas emissions.

Here’s the cherry on top: The catastrophic problems of climate change and loss of biodiversity are occurring in tandem. Rising temperatures are only making it harder for Earth’s threatened plant and animal species to survive. If temperatures rise 2 degrees C (3.6 degrees F), around 5 percent of species worldwide could kick the can for climate-related reasons.

What’s worse, the report says that most governments aren’t sticking to the global pacts they made to protect the international environmental commons. See? Humans (particularly the wealthy ones) have a delightful tendency to make problems that snowball into bigger problems.

I don’t know about you, but I didn’t sign up for a world with a deficit of frogs and a surplus of bony fishes.