The Arctic Council brought up climate change, and the U.S. couldn’t handle the heat 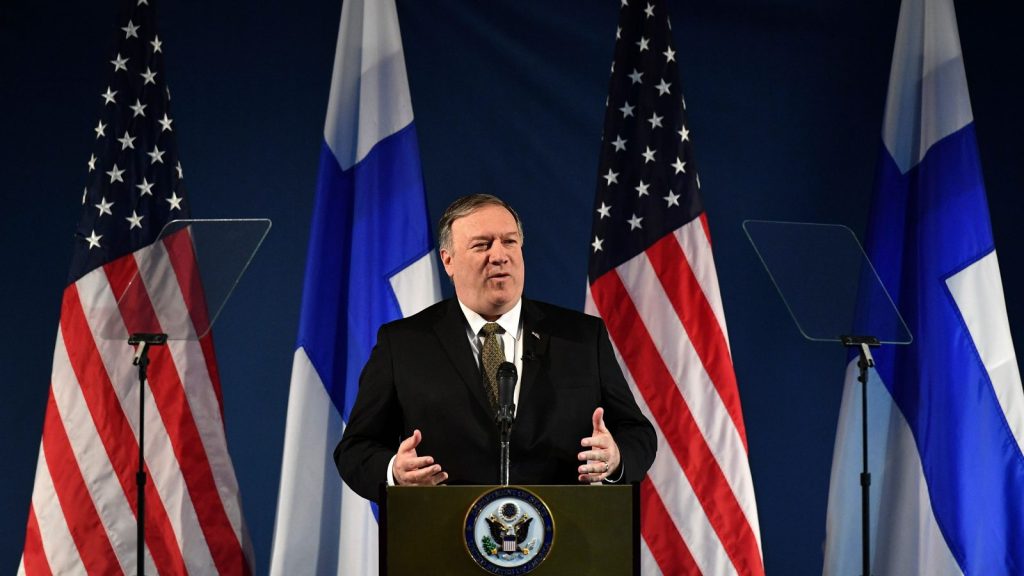 The Arctic Council brought up climate change, and the U.S. couldn’t handle the heat

On Monday, U.S. Secretary of State Mike Pompeo refused to sign the consensus-dependent agreement regulating the Arctic. The hiccup, according to sources? Climate change. So this year, for the first time since its founding in 1996, there was no joint declaration at the Meeting of the Arctic Council.

With record-breaking carbon emissions and temperatures, the U.N’s mass extinction prediction, and local governments constantly rolling out carbon reduction plans (like NYC, LA, Washington), it’s no surprise that climate change was one of the big issues at the meeting. The intergovernmental convention brings together leaders from the eight countries neighboring the Arctic every couple years to draft an agreement for the sustainable use of the region’s resources.

“A majority of us regarded climate change as a fundamental challenge facing the Arctic and acknowledged the urgent need to take mitigation and adaptation actions and to strengthen resilience,” Finnish Foreign Minister Timo Soini wrote in a 10-page statement. Only when the statement touched on climate issues, like pollution, carbon sinks, and loss of biodiversity, did he use the tell-tale “a majority.”

“I don’t want to name and blame anyone,” Soini said of the agreement’s failure to pass.

Reuters’ sources reported that Pompeo disagreed with phrasing in the document that stated climate change was a serious threat to the Arctic. He didn’t want the most recent information on climate science included in the report, diplomats present at the council told the New York Times.

His refusal to sign meant that no declaration could be passed. Instead, the council members each signed a statement committing to proceed with Arctic development sustainably, but that didn’t mention climate change.

Pompeo has a different story — he claims that he backed out because of concerns that the unbinding agreement would not hold Russia and China accountable enough moving forward.

On Sunday, the day before his refusal, he made a policy speech where he sang praises for an Arctic less swathed in ice sheets. He lauded the potential oil, gas, and metal extraction in newly uncovered regions, while simultaneously warning of the threat a squabbling Russia and China would pose. Not once did he mention climate change, nor the communities most immediately affected by retreating sea ice and warming seas. Still, acknowledging the economic potential created by the Arctic’s warming seemed at odds with his refusal to sign an agreement that assigned a name to the effect.

Funny, then, that he should tell the council that “collective goals … are rendered meaningless, even counterproductive as soon as one nation fails to comply,” in explaining why the U.S. would not sign the agreement. Exemplary performance, Mr. Pompeo.

You can see his whole speech here: