The West is burning, and it's barely July 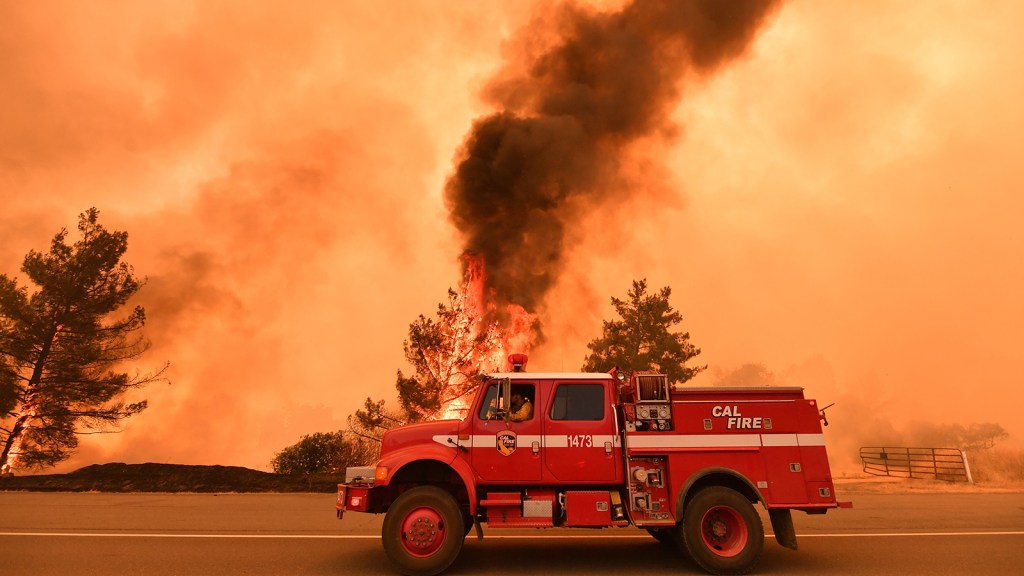 The West is burning, and it’s barely July

Just in case you’ve been living in an (air-conditioned) underground cave, summer is in full swing.

The heat is breaking temperature records coast-to-coast, drought covers half of the country, and — sure enough — wildfires are already enveloping the West. More than 30 large fires are burning in 12 states right now.

In Utah, dozens of homes have been destroyed and hundreds more are threatened from a largely out-of-control blaze in the eastern part of the state. In Colorado, some of the largest fires in state history have already drawn comparisons to the nightmare fire seasons of 1988 and 2002.

And then there’s California, where the “County fire” began on Saturday near Sacramento and quickly spread out of control, threatening hundreds of homes and growing at a rate of 1,000 football fields an hour. It’s the latest megafire in a state still recovering from the most damaging wildfire season in history.

Wildfires across California have burned more than twice the five-year average so far this year, as of July 1. The County fire alone has burned 70,000 acres — twice the size of San Francisco and more than every other fire in the state this year combined. Over the weekend, smoke and ash from the fire drifted over the Bay Area, reminding residents of last year’s horrific blazes and partially blocking out the sun.

Large fires are on the rise for many complex reasons, but rising temperatures are a chief culprit. Hotter temperatures dry out the atmosphere, lengthen the wildfire season, and allow invasive insects to expand their range, killing trees in their path.

Wildfire politics plays a big role, too. With more people living in harm’s way and the costs of fire suppression spiraling up, it’s difficult to ignore the fact that the vast majority of wildfires are human-caused. Authorities in California, Colorado, Utah, Texas and other states have banned Fourth of July fireworks this week for fear of starting more of them.

When you put together current drought conditions, the staggering number of dead and dying trees, and the growing prospect of an El Niño, the risk of large fires will remain “above normal” along the West Coast until at least September.