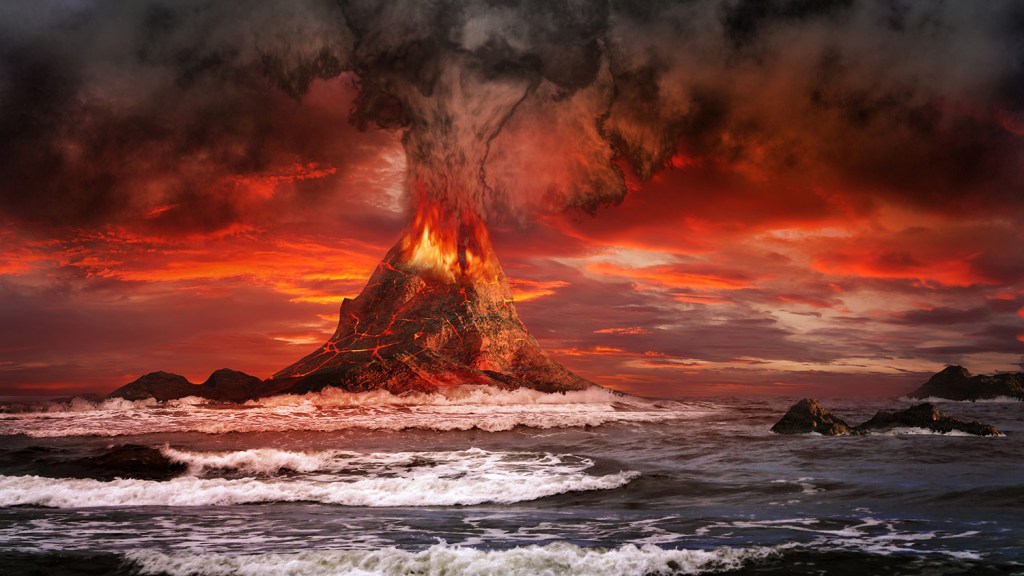 If you, like me, have Google alerts for the terms “volcano,” “earthquake,” “end of days,” and “survivalist cult now accepting applications,” the recent news that both Mount St. Helens and Yellowstone’s supervolcano are showing signs of activity may have had you reaching for your bug-out bag. Then again, if you’re more afraid of climate change than natural disasters, massive volcanic explosions might actually sound like a good thing, right? After all, a huge plume of ash could block sunlight and lower global temperatures.

Here’s what’s up in volcano news: Over the past two months, Mount St. Helens in Washington state, located a scant 174 miles from this author’s house, has been experiencing an “earthquake swarm.” More than 130 small quakes have rumbled beneath the mountain, indicating that magma is on the move. But while this sounds terrifying, it’s actually nothing to worry about, according to the U.S. Geological Survey, which wrote on Facebook that “there are no signs of an imminent eruption.” Whew.

But what about Yellowstone? Yellowstone National Park is located on top of a supervolcano, and scientists discovered a few years ago that the massive magma reservoir beneath it is two and a half times larger than previously believed, measuring 55 miles across. An eruption there could be 2,000 times larger than the blast at St. Helens in 1980 that killed 57 people, and, Tech Insider reports, such an event could cover much of the Midwest in ash, wipe out food and water supplies, and render vast swaths of land uninhabitable for at least a decade.

Scientists have long thought that Yellowstone wasn’t due to erupt for at least another 10,000 years. However, a recently posted YouTube video alleging to show unusual seismic activity at the park has had some people speculating that eruption is imminent. It also, naturally, has inspired quite a few headlines that might have you stockpiling food and water.

But pause a moment before you head for the hills. I asked Bill Steele of the Pacific Northwest Seismic Network if I should add the Yellowstone supervolcano to my (lengthy) list of anxieties. He said, quite simply, “No.” Then he laughed.

The recent “unusual” seismic activity at Yellowstone isn’t actually unusual, Steele told me. “Yes, there are earthquakes there and it is a volcanic hotspot, but this is normal.”

As for Mount St. Helen’s, Steele said that even if it blew today, it just wouldn’t be that big a deal. The major eruption in 1980 let off all the mountain’s gas, and so, at worst, the next time St. Helen’s blows, it’ll be mostly steam.

But let’s just pretend for a moment that Steele is totally wrong and both Yellowstone and St. Helen’s go today — and go big. Is it possible that large volcanic eruptions could actually be good for the environment? After all, one thing that definitely is happening right now is global climate change, so wouldn’t it be good to have an ashy reprieve from soaring temperatures, helping us keep the ice caps intact at least a little while longer?

Yes, Steele tells me, if a volcano threw enough material into the stratosphere, it would cool the planet for a while. In fact, big eruptions have led to ice ages in the past. On the other hand, volcanic emissions include carbon dioxide, sulphur dioxide, and other greenhouse gases, which worsen climate change (though volcanos are a minuscule source of warming gases compared to fossil fuel burning by humans). So a big eruption would be kind of a mixed bag for the climate.

Ultimately, the planet will be alright if and when both volcanos blow. “The Earth can handle volcanos,” Steele says. “It’s having a lot more difficulty with human activity.”