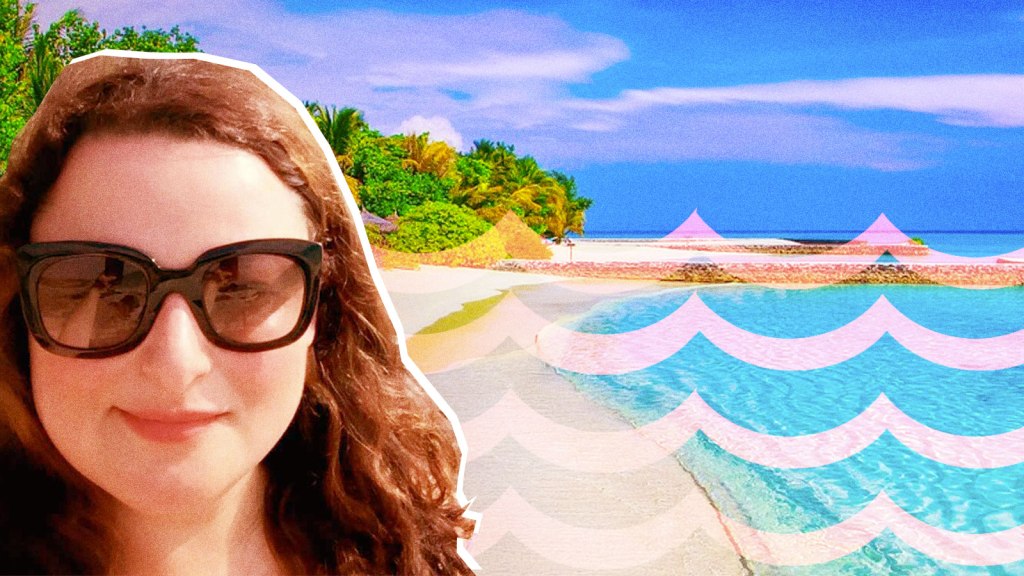 Marce Gutiérrez-Graudiņš started her career working at a commercial fishing conglomerate, first as a receptionist, and soon taking the helm as operations manager at a bluefin tuna farm out of Mexico. But she didn’t realize she was “part of the problem” — as she describes it — until she read one of those awful, devastating, doomsday climate change articles. You know, the kind that makes you want to curl up into the fetal position and never emerge?

Well, Gutiérrez-Graudiņš isn’t the type. That article — which warned that the ocean would be nearly empty of fish by 2048 — was her “wake-up call.” Soon after reading it, she left her six-year career in the commercial fishing industry to work in ocean conservation. In 2011, she founded Azul, an organization working to bring Latino voices and priorities to ocean advocacy in California.

“I tell people I used to sell fish, and now I save them,” said Gutiérrez-Graudiņš, who was just sworn in to the governing board of the California State Coastal Conservancy.

Gutiérrez-Graudiņš played a pivotal role in passing California’s plastic bag ban, an effort to keep plastic out of waterways, turtle bellies, and human bodies. She also helped outlaw the sale of shark fins. But there’s more to her mission: She is determined to make sure that every Californian — whether or not they’ve got a mansion in Malibu — has access to a day at the beach.

Q. It can seem counterintuitive that bringing more people to the beach could be better for the environment. How do you see those two things working together?

A. We realized early on that a lot of people, especially kids, who live 30 minutes from the beach have never seen it — mom and dad have to work, and there’s no real public transportation. And a lot of folks didn’t feel welcome at the beach, or had been made to leave. And to be entirely honest, I’m not a big fan of bullies, so that appealed to my feelings.

To me it feels very basic: How do you ask people that don’t know the beach to protect it?

Q. California beaches are open to the public, right?

A. We’re looking at the greater concept of coastal justice, and that’s everything from plastic pollution to industrialization to access — what it means to actually access the beach. We’re looking at that whole context of what access looks like. In some cases, that’s actual physical barriers to the beaches, and in some cases it’s actually public transportation or overnight accommodations.

If you’re driving in from Fresno, or you’re driving in from San Bernardino, you have everybody with you, you’ve lugged all your stuff — your toys, whatever it is you want to bring to the beach. It’s a big to-do, right? It’s a little bit disappointing that all the hotels around there are a couple hundred dollars. When California Assemblymember Lorena Gonzalez proposed her bill [which passed in 2017 and requires the California State Coastal Conservancy to improve and develop low-cost accommodations near the beach], it was a very easy decision to support it wholeheartedly.

Q. What makes the beach important to you?

Q. Last month, your advocacy group, Latinos Marinos, rolled out to Sacramento for California’s 15th-annual Ocean Day — a day for advocates to rally at the capitol, talk oceans, and urge lawmakers to get shit done. How has Ocean Day changed since you first started going?

A. It used to be that it was a lot smaller and a lot different: Ten years ago, I was one of very few people of color. Now, Latinos Marinos has 90 folks coming in from Oxnard and San Ysidro, from Stockton and Fresno and Riverside and San Bernardino. And they have different priorities than some of the folks that come in from, let’s say, Malibu. Over the last few years, we’ve really changed the face and the look and the identity of who is an ocean advocate in Sacramento.

Q. Why is it important to have Latino voices in ocean advocacy?

A. During the fight for the plastic bag ban in California, people would come into actual California Senate hearings and committee hearings and straight up say, “Latinos don’t know how to use reusable bags, it’s too hard, they’re too poor, they don’t care.” Hold up. My grandma used reusable bags before Whole Foods was around. Our families did what, to us, were very common-sense things, but may not have been marketed or known as environmentalist — like turning off the lights, or getting your tortillas with an actual cloth napkin. Not only do Latinos know how to use reusable bags — we can show you.

I was actually going on vacation — like, packing my last things and going through the airport — when I got a call from a reporter about Explore Offshore [the American Petroleum Institute’s effort to gain support from communities of color for an offshore drilling project]. The reporter says, “You know, the campaign says that opening up Florida to drilling is important, because people that came from Puerto Rico need good jobs.” Are you kidding me? You’re actually using climate refugees as a front for more drilling? How offensive is that? And they’ll keep on doing it unless somebody calls them out.

A. Bountiful, clean oceans, and advocacy that is widespread, inclusive, and easy to be part of.

A. It takes a lot of unrelenting work, and a more widespread sense of urgency. Reach out to local groups, or ourselves, if you want to be part of something. For folks that haven’t seen themselves as part of the movement — that’s changing.