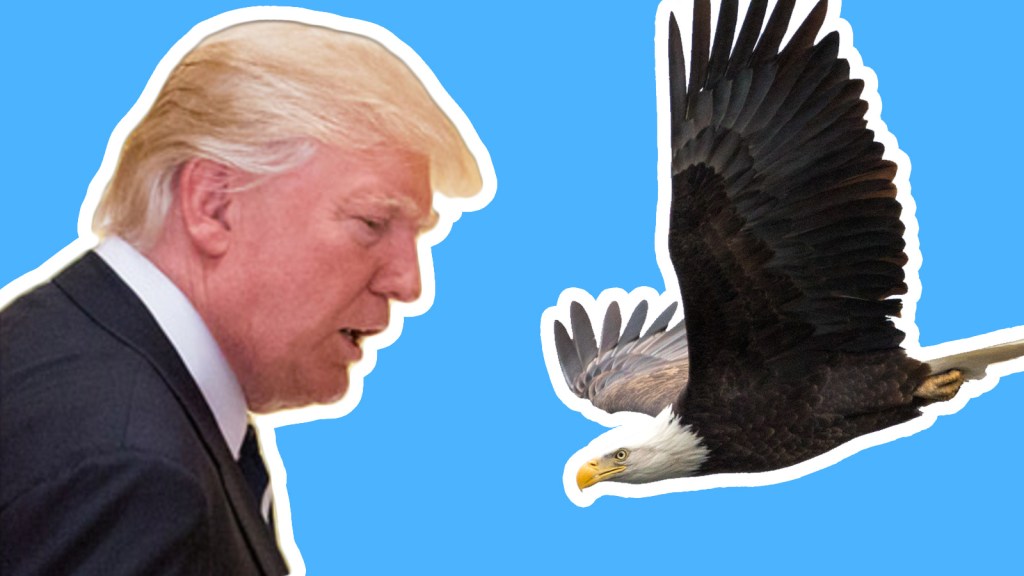 Exactly six years ago Friday, in 2012, President Trump fired off a tweet about wind power, bald eagles, and the environment. Wind turbines, he said, are an “environmental and aesthetic disaster.”

It's Friday. How many bald eagles did wind turbines kill today? They are an environmental & aesthetic disaster.

Wind power has really taken off since Trump pressed send on that tweet. In 2016, wind turbines generated 226 million megawatt-hours of clean energy. And the industry isn’t going anywhere anytime soon — the market value of wind power worldwide is expected to reach $100 billion by 2025.

And as for the bald eagles?

The Audubon Society estimates that wind turbines kill somewhere between  140,000 to 328,000 birds every year in North America. That’s a lot of birds! As far as renewable energy options go, turbines do indeed pose the biggest threat to avian creatures. Fossil fuels, however, kill far more birds —  including eagles. Coal, an industry Trump seems hell-bent on saving as president, kills the most birds at nearly 8 million per year. So while we applaud Trump’s concern for eagles, he’s better off shuttering coal plants if he wants to save his winged buddies.

This tweet was just one of many times Trump went after wind power. Just a couple of weeks ago, the president blasted “windmills” for needing government subsidies at a fundraiser in Upstate, New York. “Who wants energy where you need a subsidy?” he asked, conveniently forgetting to mention his forthcoming plan to save the coal industry.

As for the aesthetic disaster portion of Trump’s tweet? We’ll let his art and sartorial choices speak for themselves.