Villablino, Spain — When the shutters come down on the last 10 privately owned pits in northwest Spain’s once mighty coal industry later this month, there will be tears and trauma in the region where the country’s mining unions were born.

There is also a fragile hope that a better, cleaner future could follow — but a barely hidden warning that the despair that propelled Trump to power in the U.S. lurks in the wings if it does not.

Spain’s uneconomic coal industry has been killed by a pincer movement: cheaper imports from developing countries on one flank and falling renewable energy prices on the other, fanned by binding E.U. targets to reduce emissions and a dawning awareness of coal’s climate and other environmental costs.

Industry shutdowns are painful, especially in sectors like coal mining which go back generations. The risk is unemployment and social dislocation. But this one may play out differently: in a “just transition” deal — brokered by unions and a new leftwing government — that could have implications for other coal-producing countries, including the U.S.

Spain plans to support laid-off miners and their communities by plowing $285 million over a decade into compensation payouts, retraining for low-carbon jobs and environmental restoration work in pit communities. The aim is to ensure a safety net to catch those whose jobs will disappear as the economy shifts to a low-carbon one. Politicians and union officials say the deal will ensure both environmental and social protection as the economy shifts away from coal.

However, on the ground in Spain, there is suspicion about this promised new future from workers who have watched an industry, identity, and way of life dying around for them for some two decades. More than a thousand miners and contractors will be laid off around Christmas, a third of them in the northern region of Castilla y León, home to Villablino, and there is concern over whether new jobs will materialize.

“New jobs are a utopia in our country,” says Salvador Osario, a 47-year-old miner from Castilla y León who took early retirement after 20 years of digging coal. “The miners are alone. No one wants to support us. Not the left- or the right-wing parties. Even the unions are divided.” 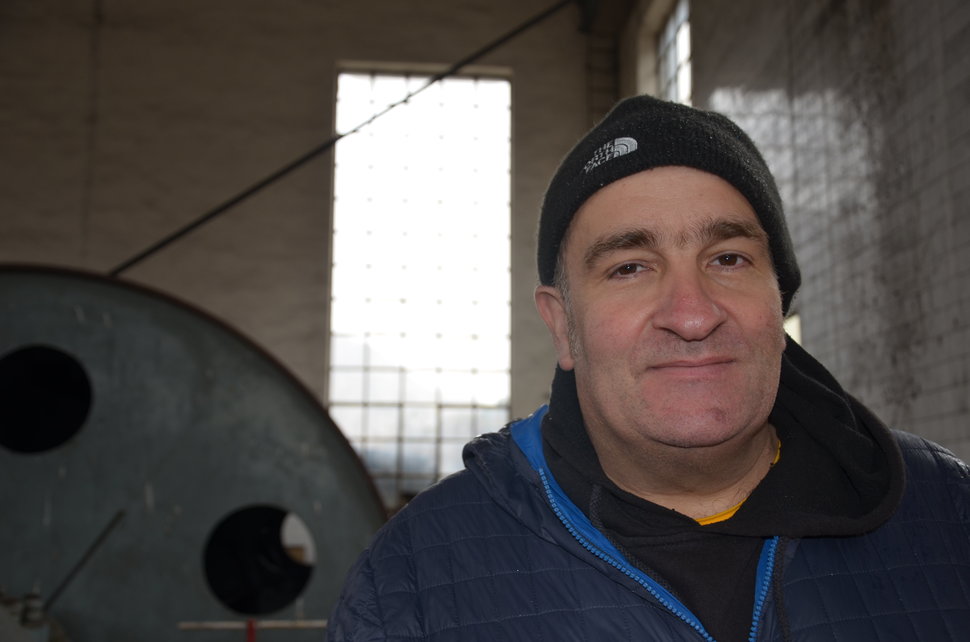 The valleys of Castilla y León once thrummed to the sound of the coal industry, and relics from its retreat are everywhere. Pit shafts litter the hillsides and monuments to miners are sprinkled around town squares. Diner cafes have stickers of miners on the doors, and coal train statuettes outside.

Coal workers here have a brave history of fighting fascism during the Spanish Civil War in the 1930s. In the early 1960s, miners in Villablino formed Spain’s first clandestine union, the Confederacion Sindical de Comisiones Obreras (CCOO), which continued the fight against the dictator General Franco.

Spain’s coal industry employed more than 100,000 miners back then. That number had fallen to 45,000 by the late 1980s — nearly half of them in Castilla y León — and it continued to drop. More than 5,000 still worked in the northwest mines of Castilla y León, Asturias, Aragón, and Palencia at the start of this century. Next year, there will be none. 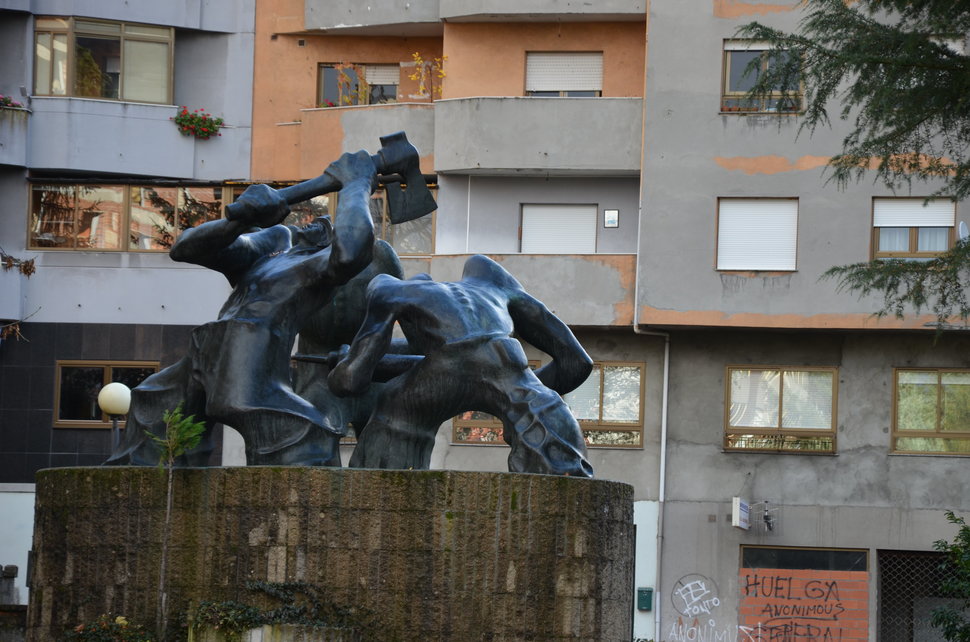 The dying embers of Spain’s coal industry may leave a sad legacy for the miners, but coal needs to be phased out if we are to keep temperature increases below the levels at which we’ll see catastrophic climate change, climate scientists say. Coal emits more carbon dioxide than any other fossil fuel, as well as deadly toxins such as sulphur dioxide, nitrogen dioxide, and particulate matter, which are responsible for more than 20,000 deaths each year in Europe alone.

“The deal is a way forward for many problems that will appear and we are committed to it,” said Mariano Sanz Lubeiro, CCOO’s confederal secretary, from his Madrid office.

This sentiment is echoed by Teresa Ribera, Spain’s minister for the ecological transition. “We have worked hard to restore trust in regions that have suffered a long restructuring process, negotiating and coming up with social protection measures that the unions could accept,” she told HuffPost. “Now we have to deliver. Climate ambition and social protection have to go hand in hand if we want to succeed.”

“The objective we have is that the miners will be offered a [green-collar] job. We will have to register all of them. Instead of one year, it may take one year and three months, but that is very much the plan,”Laura Martin-Murillo, a government negotiator, said.

As well as work in solar or wind energy, she also believes there will be jobs in biomass, making energy from organic matter such as wood pellets or agricultural waste. They are also thinking about labor-intensive work such as retrofitting buildings to be more environmentally friendly.

But miners on eligible contracts will have to live on social benefits until an environmental restoration plan kicks in next autumn, at the earliest. Those who claim the retirement offer will take home around $20,000 a year on average.

This community has been here before. When the last round of closures happened 20 years ago, the miners affected felt it was not a just transition.

Anxiety is clear in the bleary eyes of Rolando Prieto Perez, 43, an electrician in the century-old La Escondida pit who has just come off a night shift when I meet him in the Villablino CCOO office.

“We’re suffering from depression,” he says wearily. “We have the blues. The situation is unpredictable and our futures look bleak. Sometimes we just feel confused.” 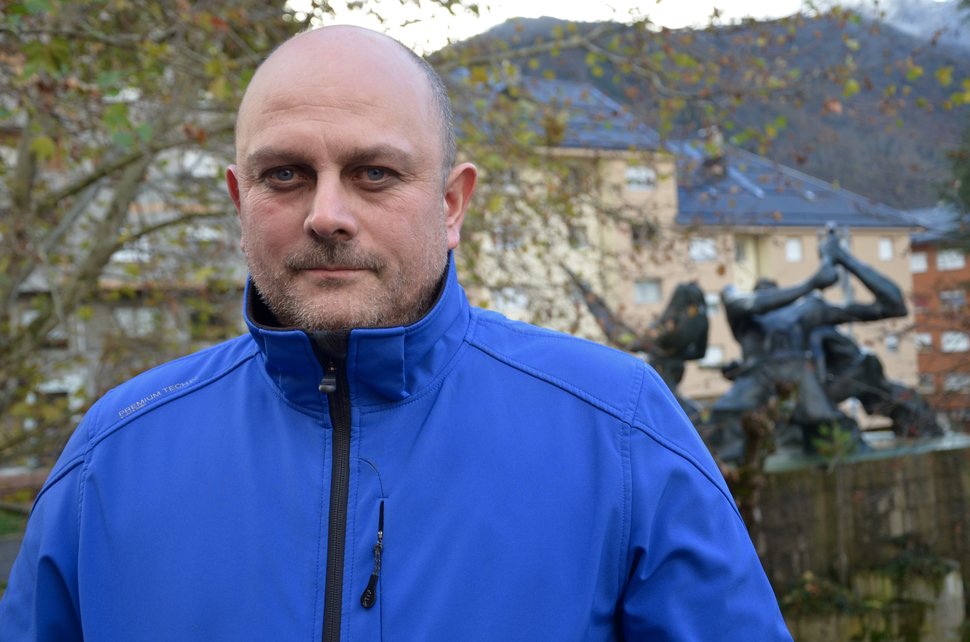 Prieto Perez is a few years too young to qualify for early retirement, and while the government is registering all miners for new jobs, these could arrive at any time between March 2019 and March 2020: months, if not years, after the mine closures.

Stuck between the beneficiaries of the post-war boom and the clean energy transition, Prieto Perez says he is part of “the unlucky generation.”

Mining is “part of the DNA of this region and its people,” says Sanz Lubeiro, CCOO’s confederal secretary. “That is why its loss has been so traumatic for the community.”

“If the transition is not done right,” he added, “we are preparing the ground for populism which blames climate action or technology or migrant workers,” he says.

There are signs that this may already be beginning in Villablino. “I don’t support this climate change idea,”Prieto Perez says. “I consider this news very manipulated. The government only speaks about global warming, but they want to close the mine for [economic] reasons.”

Omar Garcia Alvarez, a local miners leader, claims that if every miner were guaranteed a job in clean energy, there would be no problem with closing the mines. But “there is no ecological transition,” he says. “We don’t believe in the deal because we don’t trust the government.” 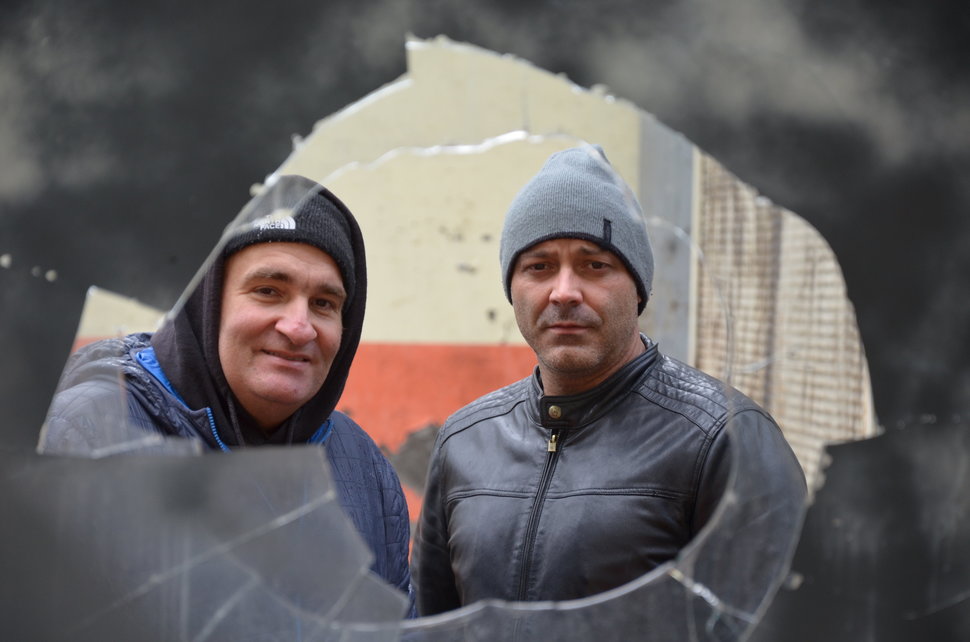 He notes that the $285 million will have to be split between four regions over 10 years — giving Castilla y León only 6 million euros (or $6.8 million) a year with which to heal its wounds.

Just 39 years old, Garcia Alvarez was forced to quit his pit job last August by spinal injuries caused by his job. He now speaks with a sense of romanticism about the industry and the solidarity it produced.

“All people have a right to defend their jobs,” he says when asked what he thinks about U.S. coal miners, who are facing their own struggle. “I don’t agree with Donald Trump’s politics, but if he supports the miners, it is very good news for them.” Appalachia’s miners are widely thought to have helped Donald Trump win in Kentucky.

Yet Trump’s promises to bring back coal haven’t been fulfilled. “Across the USA you can see the devastation already caused in communities that have lost livelihoods that were dependent on [fossil fuel] corporations who made the decision to exit,” said Sharan Burrow, general secretary of the International Trade Union Confederation, the world’s largest trade union confederation.

Burrow said Spain’s scheme should be a model for countries such as the U.S. to achieve their own just transition away from fossil fuels. “We need urgent climate ambition to save the planet — and humanity itself,” she said. “But if you don’t negotiate with working people, if plans are not transparent and communities don’t have trust in their futures, then resistance to climate action is absolutely a risk.”

Clean air and a climate-safe future mean little when you can’t put food on the table right now, says Brad Markell, the executive director of the industrial union council of AFL-CIO, the largest federation of unions in the U.S.

“There is no question that people in coal mining regions and around coal-fired generation plants thought that Trump was going to save them. He said he would and they thought it was worth taking a chance on him,” he said.

Markell would not comment on the gamble’s wisdom, despite mounting evidence that miners are now suffering from it. But he questioned whether a deal like Spain’s would translate to the more cutthroat U.S. labor market, where it could involve a 50 percent pay cut on a fossil fuel worker’s hourly rate. Starting pay in the U.S. solar sector can be as low as $15 an hour.

“It would be to everyone’s benefit if the new jobs created in the clean energy sector were high paying — and made available to people losing their jobs — but they won’t be, because in the USA, you’re on your own. That’s how things work here. We have a general deficit of working-class power and until we are able to reclaim that, it will be difficult to achieve economic justice.”

The Spanish government will this month outline how its just transition strategy will be rolled out nationally across all industries, including the car industry.

The issue is also taking center stage at the U.N. climate summit in Katowice which started this week, with Poland trumpeting a just transition for weaning countries off fossil fuels. Critics, however, say the aim is to mask international divisions over emissions-cutting obligations and targets, and divert attention from Poland’s own lack of climate ambition.

In Villablino, Eduardo Gonzalez Menazas, 60, a retired miner turned environmental activist, agrees that a just transition is “fundamental, very necessary, but at the moment too slow.”

He estimates only around 30 percent of his fellow miners believe that global warming is a problem and that saddens him, he said. In his spare time he plants trees around deserted mines. Menazas has noticed that the valley’s climate is already warming, with less snow and bird species such as the capercaillie nesting higher up.

“All people in Spain are responsible for this disaster,” he said.