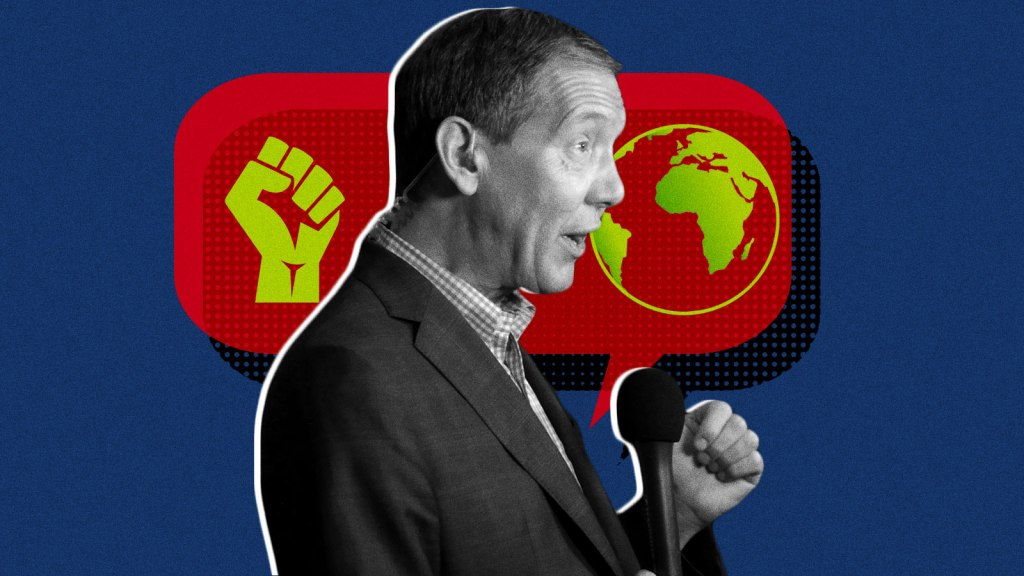 This story has been updated with a response from Fox News.

Fox News has been the most-watched news network for the better part of two decades, amassing millions of viewers every month. And it’s safe to say that regular viewers aren’t getting a clear-eyed view of the state of the planet.

One of the network’s regular guests, Marc Morano, has suggested that carbon dioxide doesn’t contribute to climate change because humans exhale it. When a recent U.N. report found that human activity has put 1 million species at risk of extinction, Fox said that assessment might be an exaggeration. Its chief political anchor, Bret Baier, said in 2009 that the earth is “in a cooling period.” (In an emailed statement to Grist, Baier noted that the past five years have been the warmest on record. “The story has changed and the data has changed and I continue to provide all sides of a very controversial policy issue,” he added.) A recent survey showed Republicans who don’t watch Fox News are twice as likely as other Republicans to accept that human-induced climate change is real.

So it’s probably for the best that the network covered climate change for a grand total of 10 minutes and 20 seconds last year (just a little less than the other major networks).

But Fox’s news division isn’t populated solely by fact-resistant folks. Carl Cameron covered politics at Fox News for two decades: First, as one of the News division’s first reporters in 1995, and then as chief political correspondent and the network’s first chief White House correspondent. He’s always seen climate change as a reality. “For me, climate science is science,” he said. “It’s not science when it’s opinion.”

Grist interviewed “Campaign Carl” about his two decades at Fox News, why covering our overheating world is more important now than ever, and what it would take to save Fox News from itself.

This interview has been edited for clarity and condensed for length.

Q. Why do you care about the climate?

A. I was into ecology back in the day, in the ‘70s. I went to No Nukes concerts. I protested in a nuclear plant and got billy-clubbed in my calves. I tried to jump a picket fence, and the cops decided not to arrest me, but they left a couple of bruises. I was a subscriber to the Whole Earth Catalog when I was just a kid. I went to the first Earth Day. Being environmentally friendly is neither right nor left, Democrat nor Republican. Hell, if you’ve gotta attach it to somebody who made a difference, how about the Bull Moose Party and Teddy Roosevelt?

Q. Did you notice Fox clamping down on climate coverage while you were there?

A.In the news? No. I would always put those stories in, I would always cover candidates who would make those speeches. But, in terms of the tone of the network, that was far dominated by the opinion makers who, generally speaking, have been climate deniers. And frankly, President Trump dominates everything because the media has chosen to make tweets worthy of news, notwithstanding the fact that a huge percentage of Trump’s tweets promised threats have never come to fruition. They still cover them as though its news.

My views weren’t important when I was working as a reporter at Fox. I made a concerted effort to align with neither party and made it clear to everybody I was working with that my job is to give the voters accurate information so that they can make their decisions. And that’s what I tried to do. I didn’t have any pressure to share a right or left wing opinion. And I didn’t, not on the air at least and very rarely around the workplace.

Q. You’ve left Fox News now, but I wonder: Can the network be fixed? Can the entertainment side of business ever stop dominating the news?

A. Cable news, whether it’s CNN, Fox, MSNBC, or anything else on cable, is a business. And the No. 1 priority is ratings, solely because ratings equals revenue. And at every single one of the cable stations, they are trying to put things on the air that will keep your eyeballs not on Wolf Blitzer or Sean Hannity or Rachel Maddow, but on the Geico commercials between them.

The anchors shouldn’t be doing it. Sean Hannity is, to an awful lot of Fox viewers, an anchorman. That’s a problem.

Q. It seems to me that climate change has finally entered the mainstream conversation in a new way this cycle. You’ve covered many presidential elections. Do you see it that way?

A. I think people who thought that this was decades or centuries away, people who followed the debate and were inclined one way or another, were undecided about climate change. I think the extreme weather events, the rising sea levels, the melting ice caps have actually gotten through to people.

It’s amazing to think that this information was out there 20 years ago and only now is it becoming a prevailing [issue]. Instead of it being a climate problem, we have newspapers, television hosts, and politicians talking about a climate crisis. So there’s progress. Way, way too slow.

Q. Fox’s talk shows have been bashing the Green New Deal a lot. What do you think of the way the network has handled that particular progressive proposal?

A. The Green New Deal is a subject of conversation and that’s what we need, more serious conversation. We need to have legislation, we need to have laws. We need to do serious stuff. Alexandria Ocasio-Cortez has definitely rung everybody’s bell, and that’s a great thing. If Fox chooses to cover the issue, well, science will speak for itself as opposed to opinion. And that’s the way it has got to be.

I don’t think you’re going to hear the news department at Fox report that climate change is fake. I know you’re not. I think that if you watch the talk show stuff, yeah, you’re gonna hear all kinds of propaganda and nonsense.

I joined Front Page Live to help the purveyance of factual news that can move the country forward. Listen, if there’s a great article in the National Review or in a conservative publication, TV station, or web page, if it’s relevant, if it’s important, we’re gonna put that out there, too.

I mean, this is about trying to get back to information that people can use to make decisions about what they want our country and what they want their lives to be like, as opposed to wishful thinking from carnival barkers.