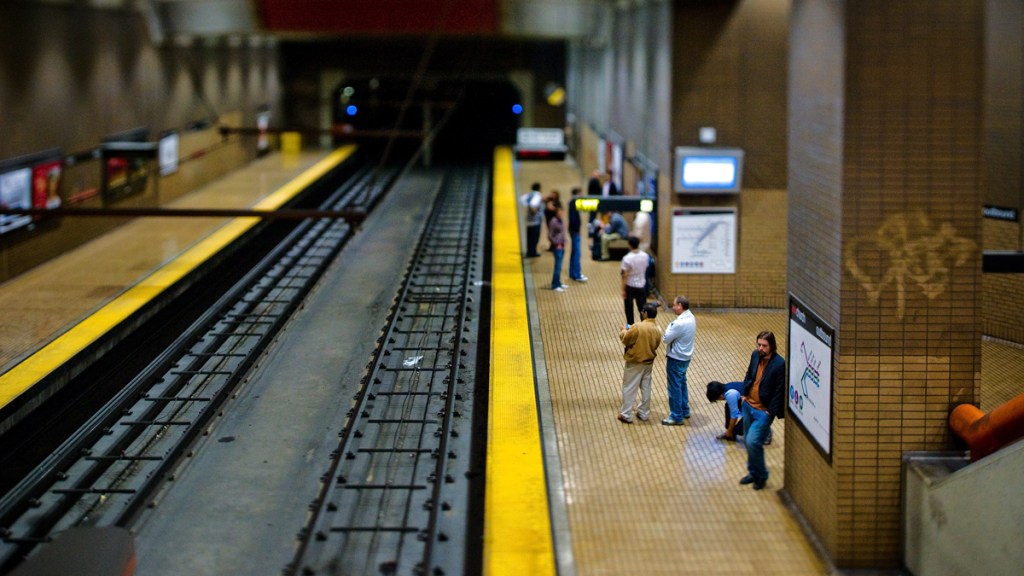 About 500 subway riders in Stockholm have an ingenious scheme to avoid paying fares. The group calls itself Planka.nu (rough translation: “Dodge the fare now”), and they’ve banded together because getting caught free-riding comes with a steep $120 penalty. Here’s how it works: Each member pays about $12 in monthly dues — which beats paying for a $35 weekly pass — and the resulting pool of cash more than covers any fines members incur. As an informal insurance group, Planka.nu has proven both successful and financially solvent. “We could build a Berlin Wall in the metro stations,” a spokesperson for Stockholm’s public-transit system told The New York Times. “They would still try to find ways to dodge.”

These Swedes’ strategy might seem like classic corner-cutting, but there’s a dreamy political tint to their actions. Like similar groups before them — Paris’s Métro-cheating “fraudster mutuals,” for example — they argue that public transportation should be free, just like education, parks, and libraries (and healthcare, in some parts of Europe). Planka.nu in particular laments the superiority of the car in what it calls “the current traffic hierarchy.” “The pure act of putting oneself behind the wheel seems, for almost everyone, to lead to egotistic behavior,” the group writes in one online manifesto. “We are confident that one is not born a motorist, but rather becomes one.”

These fare-dodging collectives’ egalitarian dream happens to align with some hopes of U.S. policymakers. There’s an intuitive, consequentialist argument that making public transit free would get drivers off the road and reduce greenhouse gas emissions. In the U.S., where government subsidies cover between 57 and 89 percent of operating costs for buses and 29 to 89 percent of those for rail, many public transit systems are quite affordable, costing in most cases less than $2, on average. If it might make transit more accessible to the masses and in the process reduce traffic and greenhouse gas emissions, why not go all the way and make transportation free?

The earliest urban experiment in free public transit took place in Rome in the early 1970s. The city, plagued by unbearable traffic congestion, tried making its public buses free. At first, many passengers were confused: “There must be a trick,” a 62-year-old Roman carpenter told The New York Times as he boarded one bus. Then riders grew irritable. One “woman commuter” predicted that “swarms of kids and mixed-up people will ride around all day just because it doesn’t cost anything.” Romans couldn’t be bothered to ditch their cars—the buses were only half-full during the mid-day rush hour, “when hundreds of thousands battle their way home for a plate of spaghetti.” Six months after the failed, costly experiment, a cash-strapped Rome reinstated its fare system.

Three similar experiments in the U.S. — in Denver, Colo., and Trenton, N.J., in the late ’70s, and in Austin, Texas, around 1990 — also proved unfruitful and shaped the way American policy makers viewed the question of free public transit. All three were attempts to coax commuters out of their cars and onto subway platforms and buses. While they succeeded in increasing ridership, the new riders they brought in were people who were already walking or biking to work. For that reason, they were seen as failures.

A 2002 report released by the National Center for Transportation Research indicated that the lack of fares attracted hordes of young people, who brought with them a culture of vandalism, graffiti, and bad behavior — which all necessitated costly maintenance. The lure of “free,” the report implied, attracted the “wrong” crowd — the “right” crowd, of course, being wealthier people with cars, who aren’t very sensitive to price changes. The NCTR report concluded that eliminating fares “might be successful for small transit systems in fairly homogenous communities, it is nearly certain that fare-free implementation would not be appropriate for larger transit systems.”

Another report followed up 10 years later, revisiting the idea of a fare-free world. The report reviewed the roughly 40 American cities and towns with free transit systems. Most of the three dozen communities had been greatly successful in increasing ridership — the number of riders shot up 20 to 60 percent “in a matter of months.” But these successes were only to be found in communities with transit needs different from those of the biggest cities; almost all of the areas studied were either small cities with few riders, resort communities with populations that “swell inordinately during tourist seasons,” and college towns. In other words, slashing fares to zero is something that likely wouldn’t work in big cities.

Despite that, one big city has tried. In January 2013, Tallinn, the capital city of Estonia, announced that it was making public transit free to all of its citizens. A study released a year later revealed that the move only increased demand by 1.2 percent — though it did inspire Estonians that year to register as Tallinnian citizens at three times the normal rate. The authors of the Tallinn study reached the same conclusion as the NCTR: Free subway rides entice people who would otherwise walk, not people who would otherwise drive.

What makes more sense than implementing free transit on a grand scale is deploying it as a specialized tool. By the summer of 2013, officials in Singapore, for example, noticed that the city’s subways were getting unsustainably crowded during peak hours, between 8:15 and 9:15 in the morning. In response, the city comped rides for anyone who got off the train in a city center before 7:45. The shift made a significant difference. Before the rule change, peak-hours riders outnumbered off-peak riders about three to one; after, that ratio was closer to two to one.

Getting people less frustrated with the concept of paying for public transportation, though, might just be a matter of telling them about its operating costs. Public transit is wildly expensive, but also, as noted above, heavily subsidized. A 2014 study in Transportation Research found that simply telling people just how heavily subsidized their subways and buses were made them willing to pay more money to ride. (Perhaps the recent price hike in New York’s public transit system would have gone over more smoothly had the system’s subsidies also been publicized.)

Perhaps the cost of public transportation shouldn’t be looked at from an angle of reducing traffic and emissions. Sure, that’s a noble question, but those turnstile-hopping Swedes might have a point. Maybe free public transit should be thought of not as a behavioral instrument, but as a right; poorer citizens have just as much of a privilege to get around conveniently as wealthier ones. If the debate shifted from means-to-an-end thinking to pure egalitarianism, the hope of free public transit might actually be realized. Until then, there’s always Planka.nu.