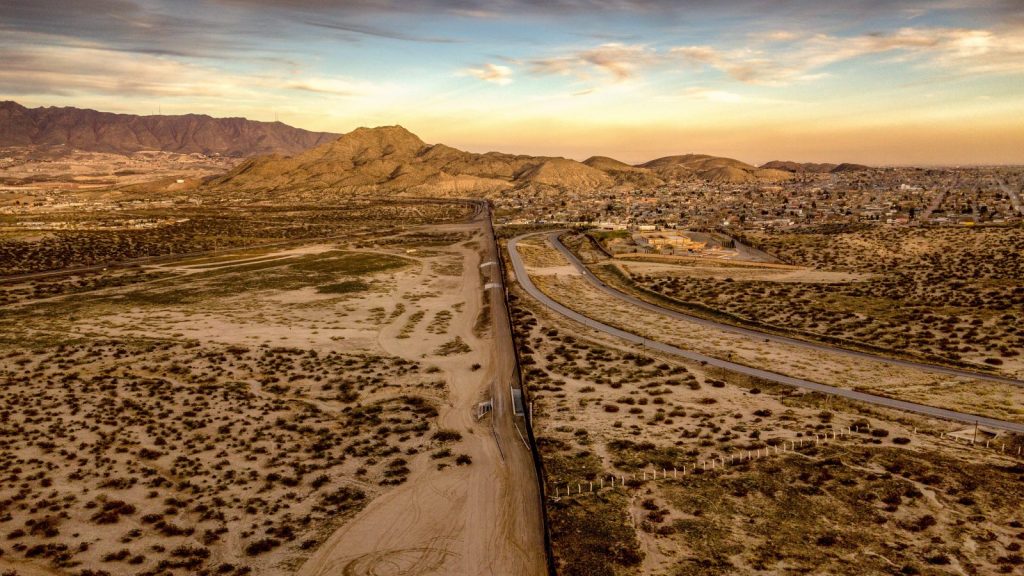 In southern Nevada, where the Mojave meets the Great Basin Desert, two U.S. Fish and Wildlife Service law enforcement officers are responsible for patrolling the entire Desert National Wildlife Refuge complex. Their job comes with a diverse set of responsibilities: enforcing hunting and fishing regulations, stopping park vandalism, and rescuing stranded visitors, among other things. At 1.6 million acres, this is the largest wildlife refuge in the country outside of Alaska, home to over 500 plant species and the desert bighorn sheep, Nevada’s state animal. So why are these two officers being sent hundreds of miles away from the refuge on rotating missions to the U.S.-Mexico Border?

Their deployment is part of a pilot program launched in May of 2018 under then-Interior Secretary Ryan Zinke, described as a “surge operation” meant to help with border security. “President Trump and I are 100 percent committed to keeping our border communities and the American people safe and secure,” Zinke said at the time. Twenty-two law enforcement officers were sent to federally managed public lands along the border, including Organ Pipe Cactus National Monument in Arizona and Amistad National Recreation Area in Texas.

So far, the department has been tight-lipped about the program’s details, including the cost of deployments, the work being done and any future plans. At the beginning of this year, High Country News filed a Freedom of Information Act (FOIA) request to find out more about its effectiveness. Interior’s move appeared to be part of a pattern of similar deployments of National Guard and military personnel, whose recent efforts to reinforce the U.S.-Mexico border with concertina wire at the U.S.-Mexico border have been much criticized. And while officers have been detailed to the border for specific field missions under previous administrations, there has never been an open-ended rotation of Interior Department personnel, according to public-lands advocates. With national parks already seriously understaffed, the question arises: How does drafting park law enforcement officers to assist with immigration enforcement affect resource and visitor management at home parks and public lands?

The program continues to grow, but oversight is lacking. On May 15, it was reported by The Hill that 47 Interior Department officers were currently assigned to the border — more than twice the previous number. This leaves public-lands advocates worried about the effects of their absence on the lands these employees are actually charged with protecting. “The Park Service visitation has gone up significantly over the last decade, but the number of law enforcement rangers is down,” said Jeff Ruch, Pacific Field Office director for Public Employees for Environmental Responsibility, a nonprofit that helps employees hold the federal government accountable. Nor is it clear what need these officers are responding to, unless it’s simply to fill “rhetorical or political gaps,” Ruch said. “We don’t know, because the information isn’t out there, except in a cursory fashion.”

Questions remain after the Interior Department released a heavily redacted 23-page planning document in response to HCN’s request. The document states that law enforcement personnel sent under Zinke’s program are working in coordination with the U.S. Border Patrol, but the details describing how they’re being used have been redacted. It’s unclear whether the thousands of apprehensions listed in the document — something Zinke had touted as a marker of the program’s success — are really due to these employees or simply a sign of their assistance to other agencies like the Border Patrol, which already has approximately 20,000 officers charged with that mission. Beyond the apprehension numbers, and a table showing that the drugs confiscated during a three-month period consisted only of marijuana — almost everything else in the document is redacted.

A separate FOIA request to the National Park Service shows that between May 2018, when the border surge program started, and mid-February of this year, the agency has had to spend more than $1.7 million on the deployments. This amount does not include money allocated to send officers from the Bureau of Land Management or U.S. Fish and Wildlife Service to the Borderlands. While it might not seem like a significant amount compared to other federal expenses, it adds to the proposed 14 percent cut in funding to the Park Service outlined in the 2020 federal budget.

What was initially a 90-day “pilot” program is now expected to continue through at least the end of fiscal year 2019. Still, NPS “will not be disclosing any additional information about our officers assisting in the operations,” according to Jeremy Barnum, the agency’s chief spokesperson. Ruch, of Public Employees for Environmental Responsibility, doesn’t deny that help might be needed on the border, but he questions whether “resources are being effectively deployed to address those needs.”

See the documents HCN obtained for this story.