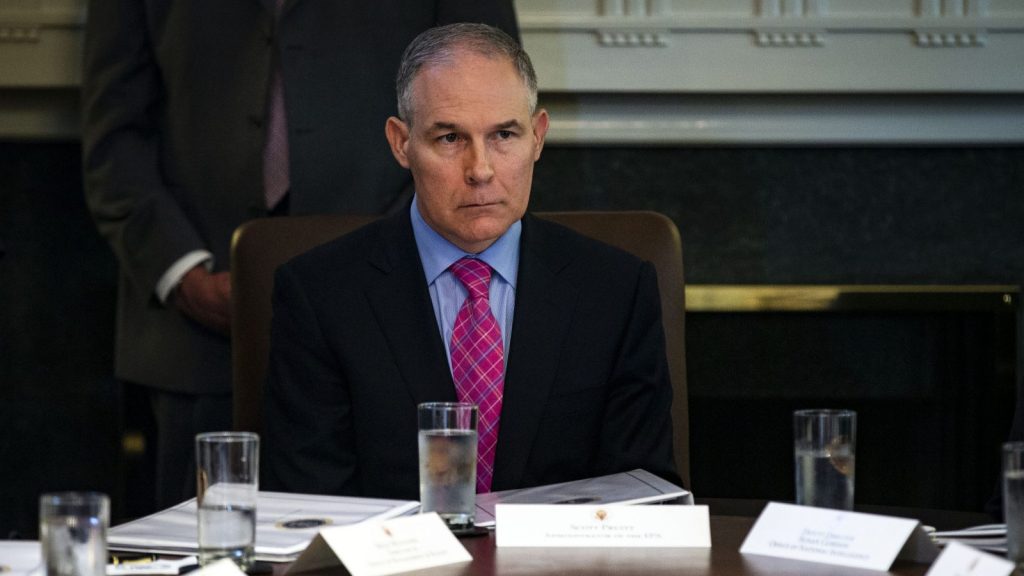 It’s hard to look away from the scandals engulfing EPA chief Scott Pruitt. The guy dined with a cardinal accused of sexual abuse and demoted employees who disagreed with him, just to scratch the surface. The bigger issue, though, is that he keeps protecting polluters instead of the environment.

Pruitt has made it easier for power plants to avoid upgrading to cleaner equipment, a new analysis from Rachel Leven and Fatima Bhojani at the Center for Public Integrity shows. That leaves Americans breathing dirtier air.

And even bigger changes are ahead for the New Source Review, the EPA program requiring companies to use up-to-date pollution controls. Here’s what we know:

You know what’s also a burden? Air pollution, which isn’t really improving in the U.S. these days. But since Pruitt’s LinkedIn profile calls him the “leading advocate against the EPA’s activist agenda,” I guess he’s just doing his job.