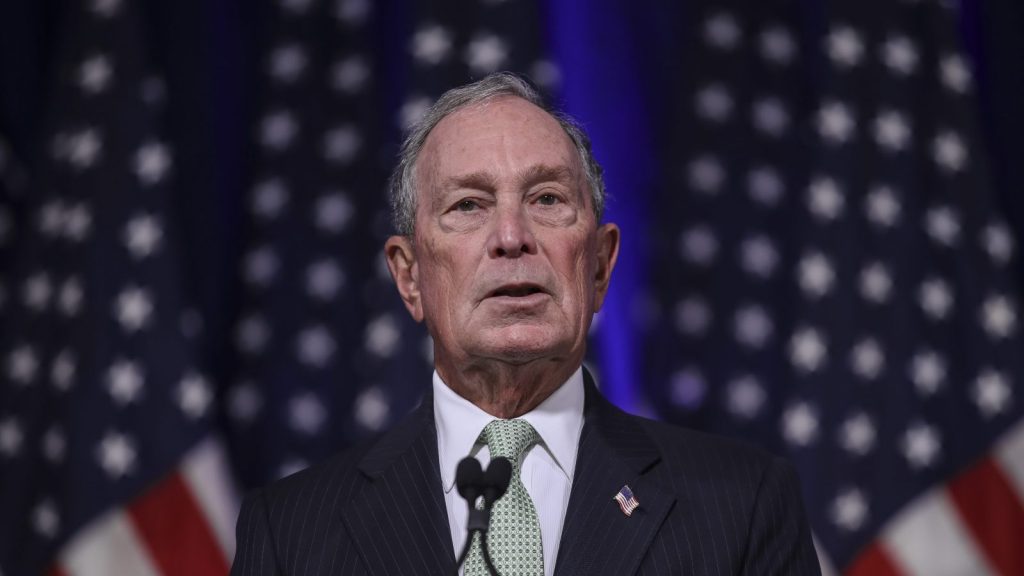 This weekend, former New York City Mayor Michael Bloomberg entered the presidential race in classic billionaire style: by buying up $30 million worth of TV ads. Bloomberg’s late-stage entry has sent a jolt through the Democratic primary. Will it do the same for the discussion around climate change — an issue that has been shunted to the tail end of a long progressive agenda?

Bloomberg, a former Republican worth a reported $58 billion, has long made bringing down emissions a centerpiece of his philanthropic work. With his help, the Sierra Club launched the Beyond Coal campaign — an initiative that supports grassroots efforts to shutter coal-powered plants across the United States. Sierra Club estimates the initiative is responsible for shuttering 40 percent of the nearly 300 coal plants that have closed so far. (However, some of those plants switched to natural gas, a less emissions-intensive fossil fuel, which Bloomberg endorsedas a “bridge fuel” as recently at 2016.) Bloomberg also pledged half a billion dollars to help launch Beyond Carbon, another Sierra Club effort that aims to shut down the nation’s remaining coal plants.

Bloomberg has also donated $5 million to the League of Conservation Voters, a group that keeps tabs on how members of Congress vote on climate and environment bills and lobbies for climate action. He’s donated more than $150 million to green groups in total. And he was some of the brains and most of the muscle behind America’s Pledge, a group that aims to fill the void Trump left when he exited the Paris climate agreement by galvanizing regional and local support for green policies.

There’s more on Bloomberg’s list of green accomplishments, but you get the picture. His money has done a lot of good for the environment. In fact, one could easily argue that Bloomberg has done more for climate action as a philanthropist than progressive elected officials have been able to manage in Congress. As fellow billionaire candidate Tom Steyer pointed out at the fifth Democratic presidential debate last week, Congress hasn’t yet passed a single climate bill.

If Bloomberg has had so much success tackling climate change outside the confines of the Capitol, and politicians have had so little success doing the same thing in Congress, why not just stay put?

New York Representative Alexandria Ocasio-Cortez, who has endorsed Bernie Sanders for president, made exactly that point in a tweet earlier this month. “Call me radical, but maybe instead of setting ablaze hundreds of millions of dollars on multiple plutocratic, long-shot, very-late presidential bids, we instead invest hundreds of millions into winning majorities of state legislatures across the United States?”

To borrow a phrase from Sanders, it’s possible that Bloomberg will be able to walk and chew bubble gum at the same time. He said he plans to spend $100 million in swing states pushing anti-Trump ads. And he could spend up to $20 million more on voter registration in those states. In other words, it’s not like the Bloomberg money tap is going to run dry now that he’s running for president.

Not to mention that the primary contest has been missing a climate hawk since Washington Governor Jay Inslee dropped out. The field could benefit from a new, climate-oriented addition, and Bloomberg has signaled an interest in filling that role. On his campaign website, Bloomberg cites “Fighting climate change” as one of his chief priorities. In the section on addressing the crisis, Bloomberg touts his record on climate and promises to “ensure the federal government leads an ambitious agenda to accelerate the U.S. toward a clean energy economy.”

But because he said he will not accept campaign donations, it’s unclear how Bloomberg will ever meet the Democratic National Committee’s official requirements to make it onto a debate stage. And, no matter how many millions he pours into the race, the billionaire will have to play a lot of catch up to boost his poll numbers. Right now, he’s polling with the bottom tier of 2020 candidates. Turns out there are still a few things money can’t buy.