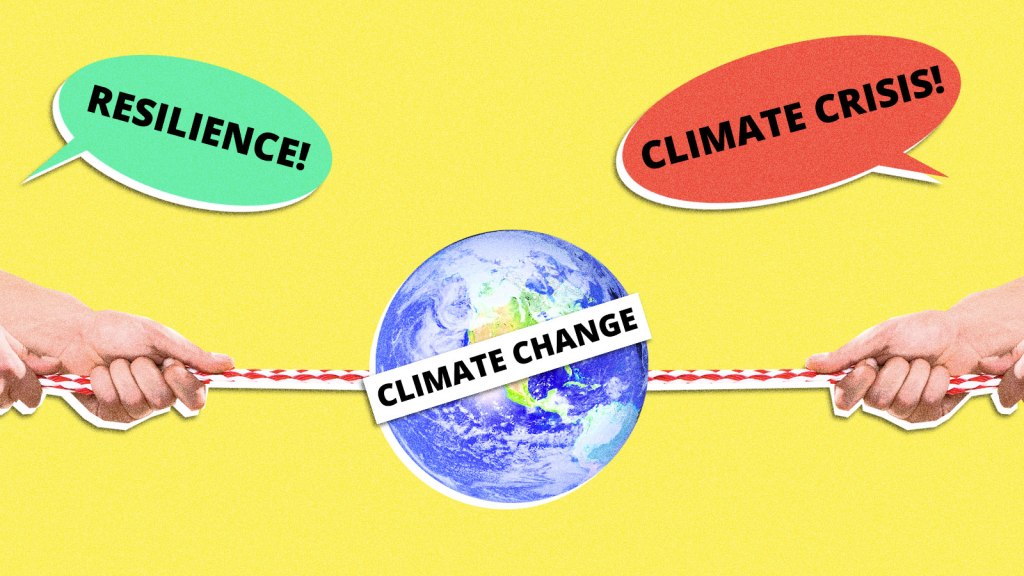 If you’ve ever wondered if “climate change” is the best way to describe the hot mess our planet has gotten into, you’re not alone.

It may be time to start calling it a “crisis” or “emergency,” according to academics, media outlets, and of course activists like Greta Thunberg. A phrase like “climate crisis” is more accurate, they argue, because it makes clear that we’re talking about a full-on crisis that demands attention. After all, “change” on its own is hardly a bad thing.

They represent one side in a linguistic tug-of-war. For others, “climate change” isn’t seen as too neutral — it carries too much political baggage.

In redder parts of the United States, some scientists and meteorologists say a different communication strategy is needed, and it starts with dropping the whole “climate” thing altogether. The American Meteorological Society recommends talking about the unusual effects accompanying climate change — stronger storms, worsening seasonal allergies, extreme heat — without mentioning who or what is responsible, as Politico reported earlier this year. For Americans wary of the words “climate change,” the thinking goes, the evidence of what our increasingly wild weather costs their communities might speak for itself.

This approach is gaining ground in the practical sphere of lawmaking, too. Local and federal officials in Republican strongholds are actually passing climate-related legislation — they just don’t call it that.

Towns in coastal North Carolina have adopted ordinances that push new construction to higher ground, mentioning “flood damage” but not “sea-level rise.” Local governments in the Great Plains have enacted green measures, but they tend to frame them in terms of saving money or making the air cleaner. A report prepared for the Texas state government on hurricane preparedness last year mentioned “future-proofing” a whopping 44 times, and the changing climate only once.

And while climate change remains divisive among lawmakers on the Hill, no one seems to get upset about building infrastructure that can better withstand extreme weather. The word “resilience” has shown up in a handful of bills that Congress is considering or has already passed this year paying for highways, transportation, and infrastructure, as Roll Call reported last week.

“Liberal, conservative, left, right — it doesn’t matter when you’re talking about resilience,” Thomas W. Smith III, executive director of the American Society of Civil Engineers, told Roll Call. Republicans in Congress have noticed that natural disasters keep destroying federal infrastructure, and they want to put an end to the expensive cycle of destruction and rebuilding, even if they’re not willing to address the root of the problem.

Under the Trump administration, wishy-washy terms like “resilience,” “sustainability,” and “pre-disaster mitigation” are on the rise in federal agencies. Not coincidentally, “climate” has been disappearing from government websites and reports. Just last week, E&E News reported that the White House deleted a line about climate change being a “serious challenge” from a draft of its proposal revoking California’s ability to set stricter car pollution standards than the rest of the country.

But the rise of “resilience” predates the Trump administration. It’s been steadily climbing in popularity since Google Trends started tracking searches in 2004.

Amid the battle over how to talk about our overheating planet, it’s easy to forget that we all used to say “global warming.” The phrase was once more popular than climate change, but it’s been steadily losing ground to “climate change” over the past decade. It’s a reminder that no matter how ingrained a phrase seems today, our terminology may be more flexible than we think.