'Future-proofing' is how you say climate change in Texas 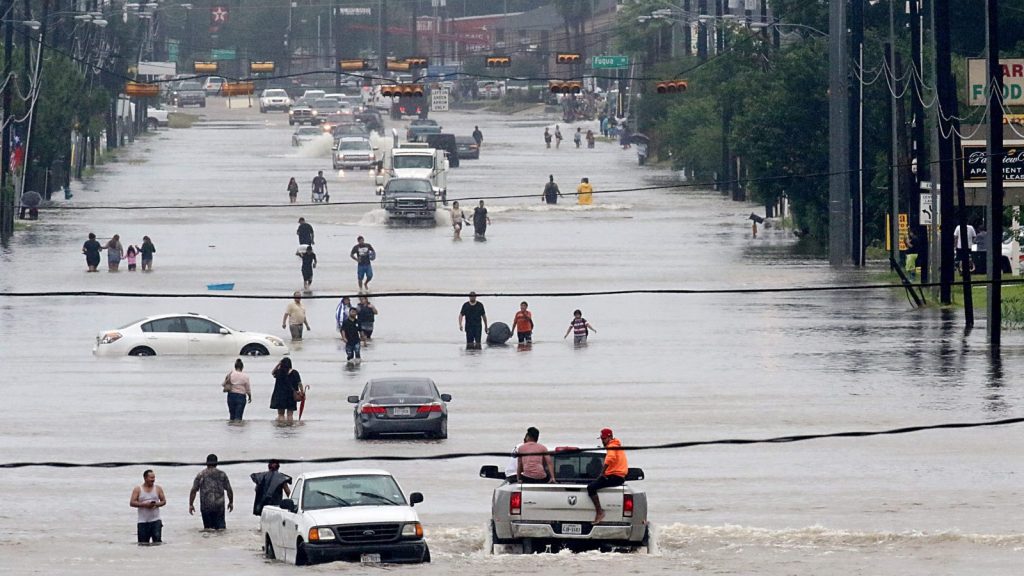 ‘Future-proofing’ is how you say climate change in Texas

There’s a new term for all the work needed to prepare coasts and cities for the consequences of climate change, and it’s blissfully free of the words “climate change.” Introducing “future-proofing.” As in, it’s time to “future-proof” Texas to brace for future disasters like Hurricane Harvey, according to a new comprehensive report.

What’s more interesting is what’s missing. Take the time to read the 168-page report, and you’ll find mention of rising sea levels and more intense storms. You might scratch your head upon finding phrases such as “changing human and environmental conditions” or “changing future weather patterns.” It would be hard to miss “future-proofing,” a phrase that’s employed 44 times. But you won’t find the exact words “climate change” anywhere except for the footnotes, as Dallas News reported on Thursday.

If you were reading very closely, you’d find a sole reference to the “changing climate” sitting in plain sight at the top of page 114. Score! (Governor Abbott shakes fist at sky.) The endnotes include scientific studies whose titles feature the words, too.

Perhaps we shouldn’t be surprised that climate change only makes one meaningful appearance in the report. When Abbott, a widely-reported climate denier, sent a 301-page plea to the federal government asking for aid after Hurricane Harvey last year, he neglected to mention “climate change,” too. His request did, however, use the term “future-proofing.”

Maybe avoiding the double-C phrase is just how you get things done in Republican-controlled Texas. Sure, sure, multiple scientific studies showed that climate change made Harvey wetter and more likely to occur. But why say it if you don’t need to?

The new report reflects a pattern of censorship in the Trump era. The Federal Emergency Management Agency dropped “climate change” from its long-term strategy this year, replacing it with oblique terms such as “pre-disaster mitigation.” The phrase has also vanished from government websites, with euphemisms like “sustainability” and “resilience” taking its place. Even National Science Foundation scientists have begun dropping the term from public summaries of their research, replacing it with terminology like “extreme weather” and “environmental change.”

Here’s the thing: According to the recent National Climate Assessment, Texas is unprepared for sea-level rise, stronger hurricanes, and intense flooding. Even if you don’t say the climate is changing, it still is.