A guide to talking about climate change like a Trump official 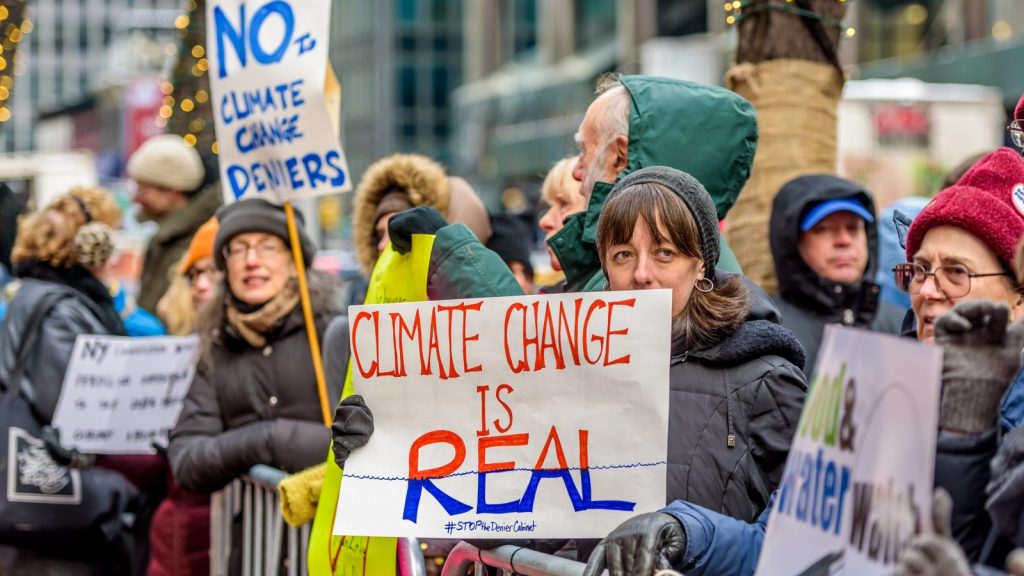 A guide to talking about climate change like a Trump official

Imagine you are Brock Long, the man President Trump appointed to run the Federal Emergency Management Agency. You’ve got an interesting challenge on your hands: hammering out FEMA’s long-term strategy while avoiding all mention of “climate change” — an unwritten rule among your colleagues.

The problem is that last year’s pileup of hurricanes, wildfires, and floods completely overwhelmed your agency. And scientists say that these climate change disasters will only get worse. OK — but they’re scientists. Whatever! This is the Trump era.

Under Obama, FEMA’s strategic plan plainly stated that the climate is changing. In the Trump era, that 37-page plan is peppered with the obliquest references to climate change you could dream up: “Rising natural hazard risk. The emerging challenges of 21st century disasters. The changing nature of the risks we face.”

Under the Trump administration, which actively promotes coal and oil while repealing climate policies, “climate change” has systematically disappeared from government websites, social media accounts, and science research, resulting in a culture of censorship.

If you, like a typical Trump administration employee, can’t bring yourself to mention the-change-that-must-not-be-named, try these alternative phrases instead.

FEMA’s new strategy seizes on a delightfully climate-free phrase that appeared just once in the Obama plan. “Pre-disaster mitigation” is employed a full 10 times.

“As the number of people that move to coastal areas increases, and natural and manmade hazards become increasingly complex and difficult to predict, the need for forward leaning action is greater than ever before,” the report reads. “Although the Nation must do more to assess and quantify these increasing risks, we do know that pre-disaster mitigation works.”

Could FEMA carry out climate policies without acknowledging climate change? It seems unlikely. But then again, the Trump administration has done it before.

Last August, Trump revoked an Obama-era climate policy that made federal building standards stricter in flood-prone places. But after hurricanes Harvey, Irma, and Maria struck, the U.S. Department of Housing and Urban Development brought back a nearly identical rule for states receiving relief.

“All of this is being done without mentioning the words ‘climate change,’ but clearly these are the same types of actions,” Rob Moore, senior policy analyst at the Natural Resources Defense Council, told Bloomberg at the time.

So maybe there’s more hope for FEMA than you’d think. There’s money behind “pre-disaster mitigation,” after all: an entire FEMA grant program is devoted to it.

Last August, officials instructed staff at the U.S Department of Agriculture to avoid using “climate change” in their scientific work, suggesting “weather extremes” as a replacement.

The message projected far beyond the USDA. An NPR report found that National Science Foundation scientists, hoping to protect their research from funding cuts, had wiped climate change from summaries of their research grants. While climate change mentions were down 40 percent last year, references to “extreme weather” were on the rise.

The Trump administration has made sweeping changes to federal government websites, systematically removing mentions of climate change. The Environmental Data and Governance Initiative (EDGI), a group tracking these changes, found many instances where agencies shifted from straightforward language to wishy-washy terminology.

Justin Schell, an EDGI archivist at the library of the University of Michigan, says that Trump officials may find these vague terms more palatable. “Sustainability and resilience can mean lots and lots of things,” he told Grist. “It could be that this gives them a little more flexibility to do the work that they’re trying to do” — which ostensibly has little to do climate change. Yet the words still come across as having a “green” vibe.

The fact that Trump administration officials are adopting words like “sustainability” and “resilience” could be a worrisome sign that those words aren’t as useful as environmentalists thought.