What would Governor Gavin Newsom mean for California's green leadership? 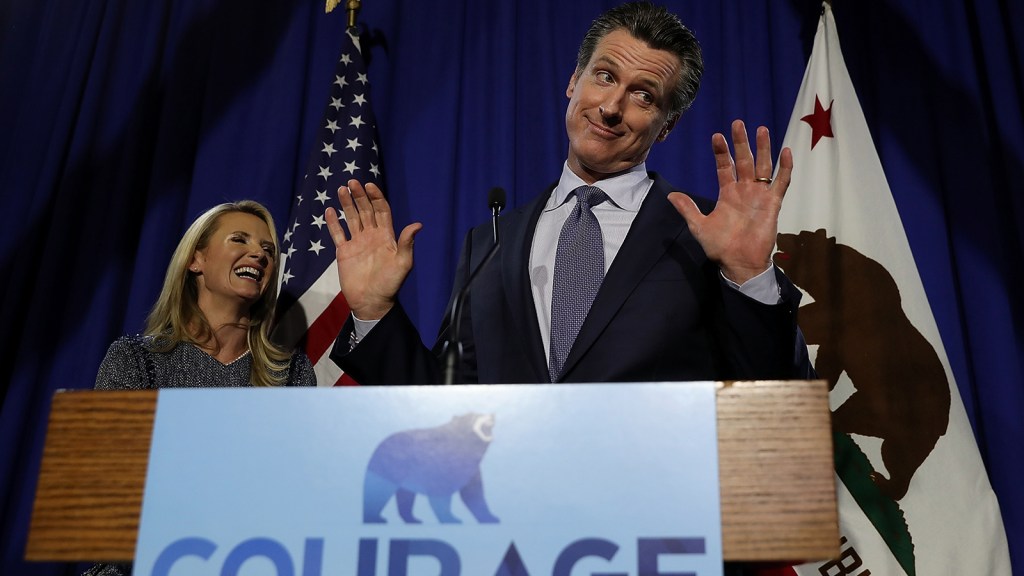 What would Governor Gavin Newsom mean for California’s green leadership?

In California’s primary election Tuesday, voters all but picked statewide politicians and decided who would face off in the races that might flip the House of Representatives. But the environment was also on the ballot. And the results look like a win for the type of green who thinks a 100-percent renewable path is the best bet.

Xavier Becerra, the attorney general who has filed at least 17 environmental lawsuits against President Donald Trump, placed first. An effort to give state Republicans some say over cap-and-trade money failed. Democrats like the environmental lawyer Mike Levin, who campaigned with a clean energy platform, emerged as legitimate challengers for traditionally safe Republican seats in Congress. But when it comes to climate policy, California’s most important decision might have been it’s choice of gubernatorial candidates.

The election cued up the former mayor of San Francisco (and hair-gel power user), Gavin Newsom, for a leisurely stroll to the governor’s mansion. Newsom will face a Republican whose odds in deep-blue California are so long that we’re not even going to mention his name at this point.

After the election of President Donald Trump, California gained a special salience. With its cap-and-trade laws, its Governor Jerry Brown conducting international climate negotiations, and its France-sized economy churning out new innovations, California has been a leading force for climate action at a time when the federal government is actively fighting against it.

Newsom could easily slide into current Governor Brown’s shoes in a couple of ways. He talks a lot about climate change and likes renewable energy as a fix. And like Brown, he wants to shut down California’s last nuclear plant — a major source of low-carbon electricity.

In other ways, Newsom is likely to change course. Brown didn’t have any time for the activists telling him to kill California’s fossil fuel industry. He figured that the state might as well profit from petroleum while its residents were still pulling cars up to a gas pump instead of a battery charger. And Brown worked closely with petroleum companies to shape carbon regulations industry lobbyists helped push through the Legislature. Newsom, on other hand, has made aggressive noises toward the fossil fuel industry and said he wouldn’t take contributions from oil companies.

Newsom has also been dubious of Brown’s big projects: the high-speed rail line and the massive pipes to carry water from wet northern California to the parched south. The public tends to sour on big infrastructure projects as they inevitably seem to go over budget, but California will need to build a lot of big things — new transmission lines, new forms of housing, new transit systems, new power plants — to get to a carbon-free future.

Finally, it’s unclear if climate change is a top priority for Newsom in the way it is for Brown. Will he be willing to call in political favors and twist arms to advance climate legislation? Pundits think he may have his eyes elsewhere, like Washington, D.C.