When teaching kids about climate change, don't be a downer 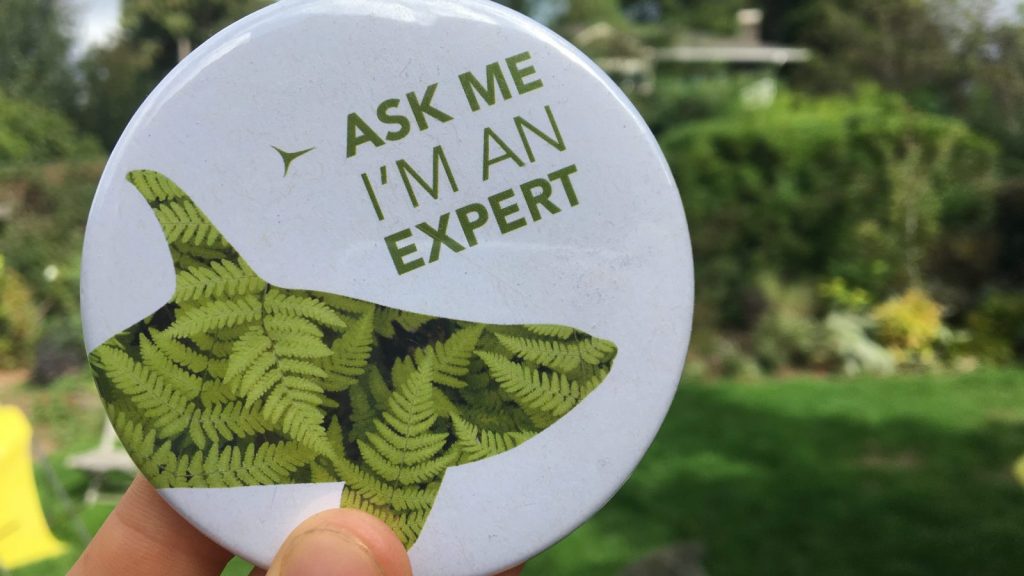 When teaching kids about climate change, don’t be a downer

Life as an outdoor educator might seem like it’s all fun and games — romping around outside, playing games, looking at bugs — until it comes to talking to 9-year-olds about climate change.

“They want to talk about it, but it can be hard sometimes,” Ian Schooley said with a laugh. He spent four years teaching visiting fourth and fifth graders at the Pacific Science Center’s Mercer Slough Environmental Education Center about the wetland ecosystems just outside of Seattle. Wetlands are a unique habitat that filters water, sucks up carbon dioxide, and protects our coasts — but the triple threat of sea-level rise, pollution, and development is putting them at risk.

The subject of climate change is “nearly impossible to avoid when you’re talking about ecosystems and the environment,” said Schooley, who now works with the center’s teen interns. So he helped the center come up with games and activities to broach the topic with young visitors.

The curriculum they developed explains the basic principles behind climate change but focuses on hopeful messages and how we’re connected with nature. Younger students in particular can find the scientific concepts confusing, so Schooley often redirects them to something more concrete, saying things like “Hey, let’s go pick up some litter.” Actions like this can help kids understand their responsibility to the natural world and teach them how they can make a difference, he said.

Recent research by Nathan Geiger, a professor of climate change communication at Indiana University Bloomington, suggests that Schooley may be onto something. A few years ago, Geiger and his collaborators noticed that science educators working at zoos, aquariums, national parks, and science centers found it difficult to talk about climate change. (The problem isn’t limited to educators: Some 63 percent of Americans say that they “rarely” or “never” talk about climate change, according to research from the Yale Center for Climate Change Communication.)

So Geiger’s team developed a six-month training program for these non-academic science educators, offering them strategies for talking about climate change at work. The program increased engagement across the board, Geiger said, with every single one of the 200 participants reporting they talked about climate more frequently after the training than they had beforehand.

The star pupils — the people who showed the greatest uptick in how often they mentioned climate change — all had one thing in common: hope.

Geiger’s team used a two-part, clinical definition of hope. Basically, hope involves wanting to achieve something (that’s called “goal-directed energy”) and seeing a roadmap for how you might be able to achieve it (otherwise known as “pathways”). Their findings, which were shared at the annual American Psychological Association Conference this summer, are in the final stages of peer-review.

The program helped science educators “feel more hopeful about their ability to talk about climate change, and so that led them to talk about it more,” Geiger said. And that hope had ripple effects: People of all ages who visited the learning centers reported feeling more motivated to take action after interacting with the staff members in Geiger’s program, compared to those who hadn’t been trained. So there you have it, folks — hope really is contagious. Science says so.