The chances of something like the Green New Deal getting through the current Congress are slightly worse than the odds of watching hogs wing south for the winter. But many members of Congress (Rs and Ds) have made public calls for encouraging clean energy. A new analysis points to a tool that Congress could feasibly get behind which would slash carbon emissions.

That’s right. Tax credits! A report from the Rhodium Group, an independent research outfit, shows that passing a few tax incentives for electric cars, nuclear plants, and renewable power could lead to big carbon cuts. The crazy thing is, both Democrats and Republicans adore them.

The federal government has given tax credits to power industries for wind (since 1991) and solar (since 2006), but those will start to phase out at the end of this year. If Congress extended those credits another decade, it would spur the construction of enough turbines and solar panels to provide between 19 and 31 percent of the country’s electricity — up from 8 percent today, according to the report. That could reduce greenhouse gas pollution from power plants to about half the level it was in 2005. 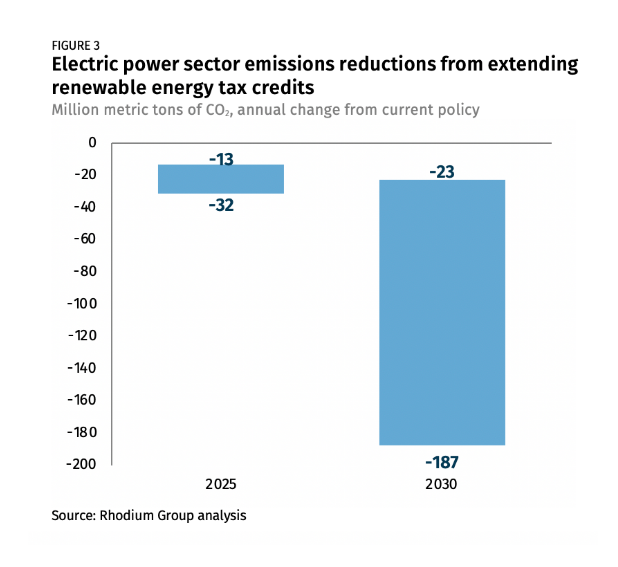 In the short term, the biggest bang for the federal buck could come from supporting nuclear energy. If Congress allowed existing nuclear plants to take tax credits, and they kept running, it would reduce emissions by a much as 125 million tons in 2025, Rhodium estimated. But a tax credit wouldn’t keep the plants open for long — by 2030 many nuclear would shut down. 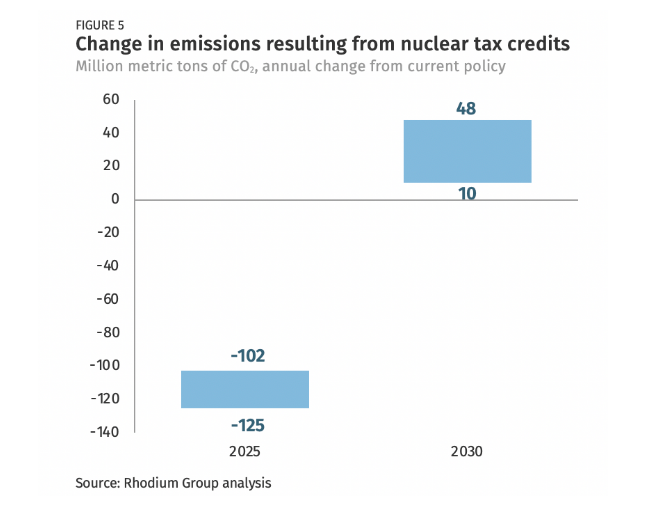 Add in a tax credit for electric cars and it could double the number on the road, making about 7 percent of cars electric by 2025, Rhodium found. That may not seem like much, but it might make sense, the report said, to support the electric car industry at a “critical time.”

Additional credits for energy storage, biofuels, and carbon capture would do much the same, propping up those industries as they seek to find their footing. 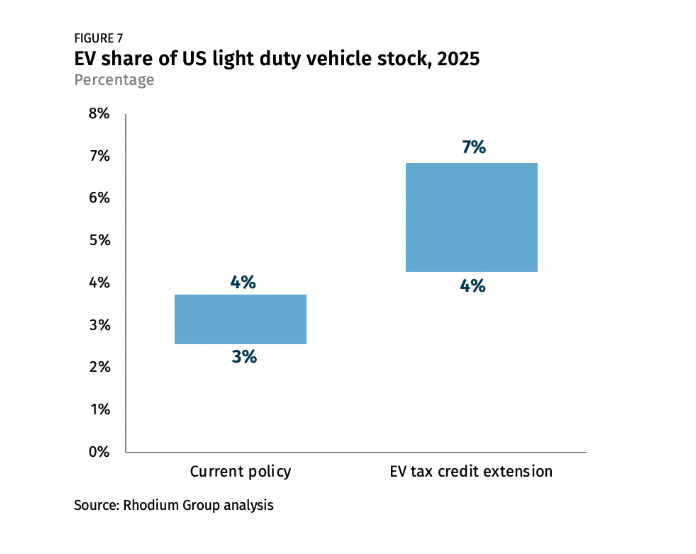 To pass anything in this Congress, legislation will need the votes of Republicans. And Republican climate champions are like white whales — much discussed, but rarely seen. When these wonders of nature do show themselves, they are often harpooned, generally losing their seats to Democrats. (See Grist 50er and ex-Representative Carlos Curbelo, ex-Representative Mia Love, and California’s ex-Assemblyman Rocky Chávez) But Republicans are often happy to pass measures that encourage the production of energy, the growth of business, and the fruits of innovation. Republicans also tend to be friendly toward tax cuts. So, while, economy transforming legislation is dead on arrival at the Senate, where Republicans rule (not to mention the White House), perhaps these tax credits could squeak through.