U.S. coastal cities are coming the closest to meeting sustainability goals set by the U.N., according to the first analysis of 100 metropolitan cities by the Sustainable Development Solutions Network (SDSN). But no U.S. city has yet managed to reach a score of even half of what is necessary to satisfy the Paris climate agreement.

The Sustainable Development Goals Index measures how successfully cities are dealing with issues related to poverty, health, and equitable income distribution in addition to climate change objectives like cutting large carbon emissions. Jeff Sachs, director of the SDSN, said the report — the first of many — creates “an accurate starting line” for cities in their “race to 2030 and a smart, fair, and sustainable future.”

The results show that within U.S. cities, economic circumstances and climate change measures are correlated: Cities like Baton Rouge, Louisiana, and Detroit, Michigan, which scored the lowest on the index, had high levels of relative poverty and unemployment as well as higher emission rates.

Here are some of the other major takeaways: 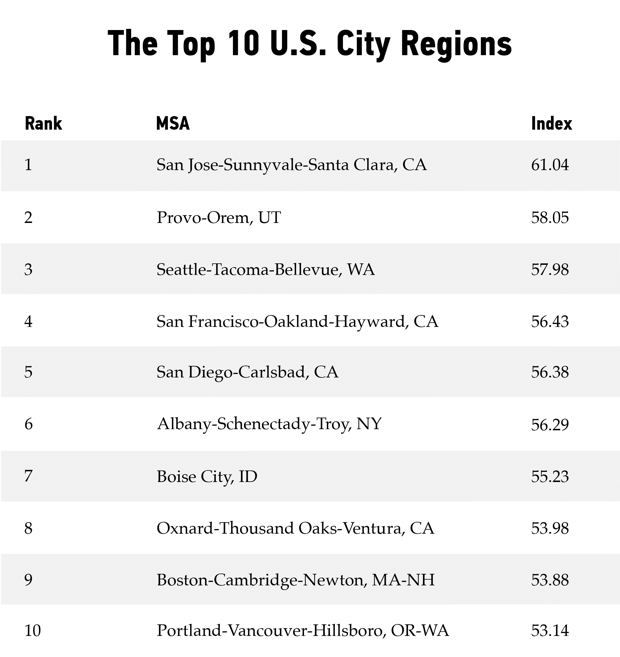 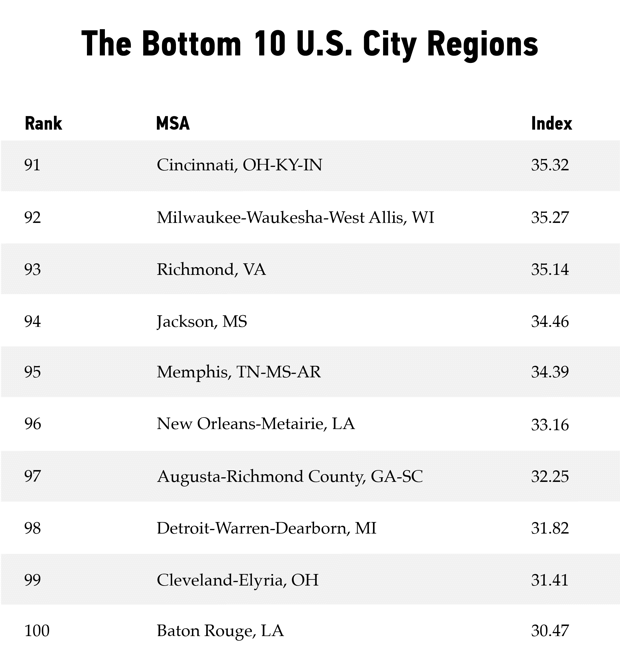