Why do cities keep building all this new stuff for cars? 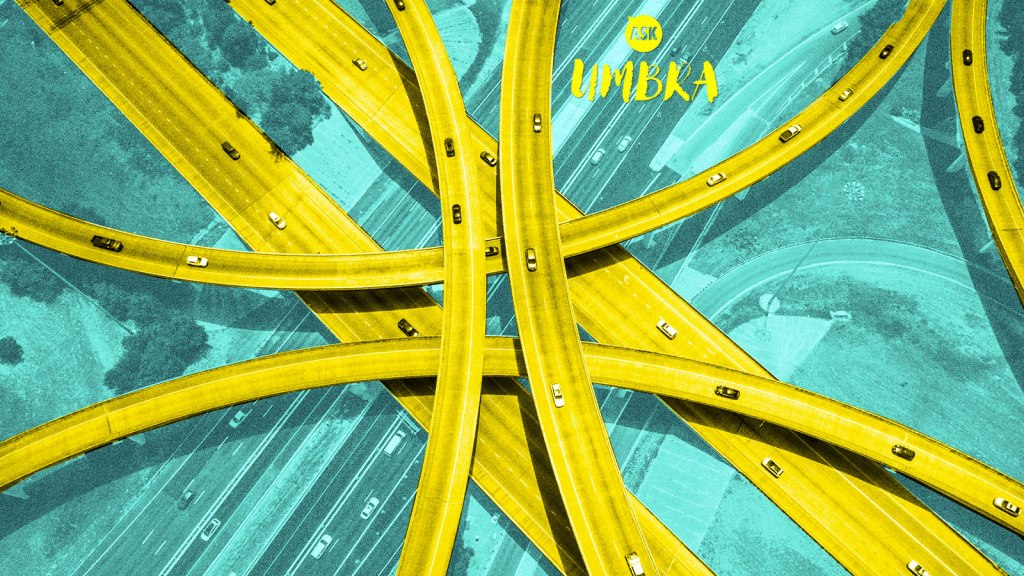 Why do cities keep building all this new stuff for cars?

Why do we continue to expand car-dependent infrastructure?

Not Into Combustion Engines

Of all the questions about climate change that I try to answer, this is the one that threatens to drive my proverbial brain-car off the brink of sanity, Thelma and Louise-style.

The biggest source of carbon emissions in the United States is transportation, and half of those emissions come from passenger cars and trucks. When you look at all the ways to do something about climate change, providing good, efficient, and pleasant alternatives to car usage and car ownership seems top of the list to me.

And yet many climate-conscious Americans are loath to give up their beloved cars. Even millennials, the supposed “greenest” generation, are just as prolific in their driving as their freewheeling parents. Not to give my peers a pass, but at least some of the blame lies with the built environment. That’s right, I’m talking driving infrastructure.

American culture has always been really obsessed with freedom. Once cars became accessible to the masses, they offered the ultimate freedom: quickly going wherever you wanted, when you wanted, in a fair amount of comfort. Even today, they remain a significant symbol of total independence.

But cars themselves are not very independent — they need a huge amount of help in the form of roads, bigger roads, parking spots, parking lots, gas stations, etc. And in 1956, President Dwight D. Eisenhower decided to give cars everything they needed to thrive in the name of a huge, shiny highway system funded under the Federal-Aid Highway Act. (Part of his motivation was to quickly mobilize troops and military supplies in the case of an enemy attack — that’s just some good old-fashioned Cold War paranoia for you!)

As Americans became wealthier, cars became more common. Public transit became associated with poverty and inconvenience. (This belief, it must be said, was more than a little bit racist.) As cities grew, planners began to build for more and more cars.

Flash forward to 2019, when we are more aware of the harms (in terms of greenhouse gas emissions, pollution, and traffic) associated with driving. But car infrastructure doesn’t just go away just because we realize we should be driving less. “We’ve gone so far down the car road, so to speak, that investments in other things often are perceived as taking away something that car owners have, and therefore think they get to keep forever,” said Hester Serebrin, Policy Director with the Transportation Choices Coalition.

When major freeways were first constructed, they split apart many communities (particularly low-income ones and neighborhoods of color). But today we’ve built our understanding of many cities, towns, and suburbs today around those concrete roads and highways. And because so many people have arranged their lives around driving, there’s understandably a lot of hesitation about dismantling the system.

And it goes well beyond the interests of drivers themselves. “There are fairly established economic interests that don’t want to be challenged by significant changes in the car culture, whether that be car manufacturers, or suburban businesses, or freeway designers and engineers,” said Joseph DiMento, a professor of law at the University of California Irvine. “It’s easy to talk about changing to renewable fuels, but for a lot of the world, their lifeblood is linked to the existing situation.”

Car infrastructure is also baked into many American policies like lime in a brick. For example, consider the Highway Trust Fund, a part of the Federal-Aid Highway Act which has been strengthened and elaborated upon more and more since Eisenhower birthed it. If a city wants to get federal funding to build a new busway, it has to cough of 50 percent of the cost of the project. For a new highway, it only needs to pay for 20 percent.

That’s just at the federal level. States have all kinds of crazy car preferences hiding in their laws as well. In Washington, where I live, any money raised by a gas tax has to be directed to maintain or build new highways. So funding from what environmentalists hope to be a driving deterrent will end up going directly toward … an incentive to drive? That’s pretty deranged when you look at it from a “we have 12 years to solve climate change” perspective.

So the answer to your question, NICE, the reason we keep building new stuff for cars is a combination of cultural beliefs, economic interests, government policies, and, well, the fact we built a world for cars out of really heavy, mashed-up rock paste.

All that is very daunting, but not impossible to change. For starters, you can pay close attention to local infrastructure project plans. Is a highway expansion being proposed in your city? There are going to be public environmental review hearings, and you better believe you can show up at them and yell – I mean, speak in a calm, collected, informed way.

Matt Casale, director of the Highway Boondoggles campaign at the U.S. Public Interest Research Group, an advocacy and grassroots organizing nonprofit, says those comments can make a difference, especially if you are able to organize in numbers. He described how in March, environmental advocates turned out in force to a public meeting about an I-5 expansion in the middle of Portland. “They took over the meeting and said they did not want to see their city go in that direction,” he said. The results of that takeover have yet to be determined, but that could be you, NICE!

The national infrastructure bill, which dictates how the federal government will invest in every kind of transportation infrastructure, is up for renewal as soon as this summer. You can let your congressional representatives know exactly you want more public transit-friendly changes in it, such as doing away with those crazy matching rules that prioritize cars over mass transit.

Granted, pushing for eco-friendly federal legislation right now is kind of a long shot because of the whole McConnell and Trump thing, Casale says; state infrastructure bills might be the better bet. “What states can do is first make sure they can spend gas tax money on projects other than road projects, so they have more flexibility with their transportation dollars,” he says. “They can tie transportation money to either vehicle-miles traveled or greenhouse gas reduction goals. That just makes it easier and more likely that local officials will look at these other options rather than building new highway capacity.”

But you shouldn’t have to do this all yourself! You should have local leaders who want to prioritize mass transit and biking and walking over cars – and on top of that, who understand all the complications of how those tie into gentrification and displacement in cities.

“I can’t overestimate the importance of having elected leaders who are ready to tackle this issue, and with nuance,” says Serebrin. “Ask the people that are running how they view transportation, land use, and equity, and the intersection of those! That’s really revealing.”

But as you start pushing toward a less car-crazy world, it’s also important to keep in mind the issue of access. In a lot of cities, not needing a car has become a luxury: It’s a lot easier if you live in a dense, walkable area with good transit, which tends to describe the most expensive parts of many cities. And while data shows more low-income folks and people of color use public transit compared to their more affluent or white peers, there are plenty of working-class “transit deserts” where taking the bus isn’t a viable option.

That highlights a key difference between “car-free” and “transit-dependent” — car-free indicates that you chose to let go of a car and are able to live without it with relative ease. We want more people to be able to benefit from being car-free, as opposed to having to endure 3-hour bus commutes. We don’t want to drive people out of neighborhoods that get shiny new light rail stations because they drive up property values so much.

On the bright side, after 50+ years of car-crazy culture, our American ideas about “freedom” are starting to shift away from driving power. As time spent in rush traffic has surged to 40, 50, 60 hours a year in cities all over America, plenty of people are starting to crave the ease of trips to work that are short and active (like walking or biking) or restful (like a subway trip with a nice book). There’s still a lot of road to travel before we arrive at an equitable public transit-positive future, but it’s a step in the right direction.

America has built our home around a climate enemy, but maybe it’s ready for a complete renovation.

What if a city decides it can live without a freeway?

Inside the push to tear down an Oakland freeway. 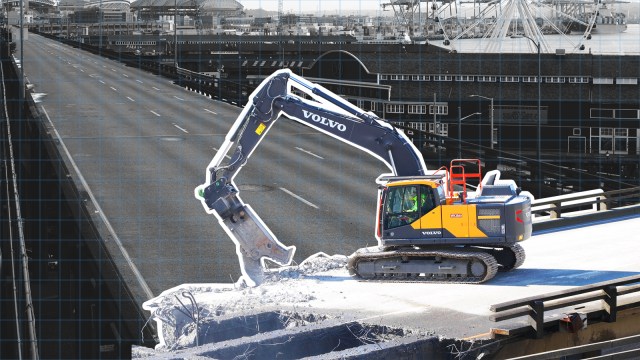 What happens to traffic when you tear down a freeway?

We looked at a real-world examples in Portland, San Francisco, and Seattle to see if tearing down highways makes traffic worse.
7 Minutes