Why I'll never have kids, and why you shouldn't either 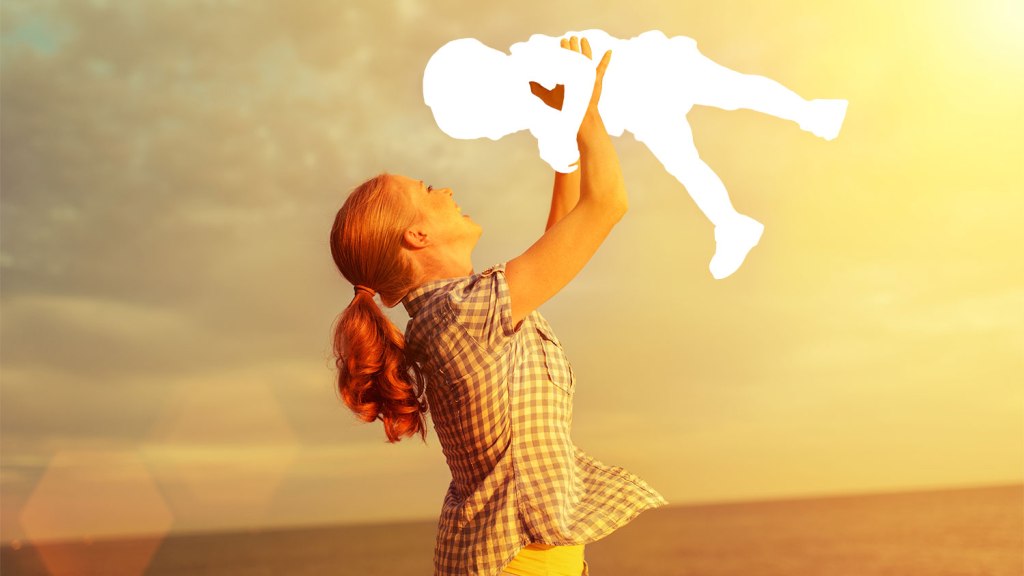 Why I’ll never have kids, and why you shouldn’t either

I’ve recently entered the developmental stage where everyone else is pregnant. My Facebook and Instagram feeds consist exclusively of baby photos, and friends who could once be counted on for drinks on a Wednesday are now covered in spit-up, loudly declaring how happy they are with a crazed look in their eyes.

Some women struggle with the decision whether or not to give birth, but I am not one of them. As I see it, the benefits of parenthood are far outweighed by the consequences. I’m not just talking about late nights, early mornings, and all that money you could spend on yourself instead of your children: I’m talking about the end of the world.

I doubt you need reminding that parts of the planet are running out of water, other parts are flooding, and government leaders are sitting on their well-padded asses doing nothing about it. Is this really a world you want to bring children into? As Canadian hero Naomi Klein wrote in This Changes Everything, “There is a very high chance that our children will spend a great deal of their lives fleeing and recovering from vicious storms and extreme droughts.” Reproducing when climate apocalypse looms seems selfish, misguided, and, even worse, cruel. It’s a dick move, breeders, especially considering the 7.2 billion other humans who would be vying for the same resources as your little punkin. None for me, thanks.

But the truth is, citing climate change and population growth as the reasons I won’t be reproducing is, in part, an excuse — something I tell people to make them think I’m a good steward of the earth. In reality, I’ve never wanted kids, even before the levels of carbon in our atmosphere reached a tipping point. I adore my nephews, most my friends’ kids are very cute, but I will never in my life pick up a baby and declare that my ovaries hurt. If my ovaries hurt, it’s because I’m on my period or I’ve been kicked in the belly — both of which are preferable to parenting.

This lack of maternal instinct is convenient because not only am I a tote-bag-carrying-nature-loving-gun-hating-child-free-atheist (a.k.a. Satan, for those of you in red states), I’m also a homosexual (a.k.a. Gay Satan). For us gays, having kids is more complicated than it is for those of you who can just knock your parts together and wake up pregnant. It takes planning, and I’ve never been much of a planner. Besides, even though homosexuality has been so normalized that Tiffany’s now has ad campaigns featuring Adam and Steve, when I was a teen gay, things like marriage and parenthood just didn’t seem possible. Fifteen years ago, gay marriage was as legally binding as two 5-year-olds exchanging ring pops. It was something I didn’t think I’d ever be able to do, and so I never really considered it an option. Same with parenthood. And though the times have changed, I have not. At this point, I’m about as likely to give birth to a mini fridge as to a human.

Of course, there are consequences to not reproducing, and the one that concerns me most is what the hell is going to happen when I’m a grumpy old bitch with no kids to take care of me. As I see it, there is only one solution to this conundrum: I have to get rich. That way, I can hire someone to change my adult diapers when the time comes. The problem with this plan is that I’m actually getting less wealthy as I get older, and at the age of 31, the most valuable thing I own is a bus pass. The good news is, while my window to reproduce is swiftly closing, I’ve still got plenty of time to make a fortune and find a nice young nursing assistant to wipe my butt.

There’s also some bad news, however, and that’s this: I alone cannot save the world. If this planet it going to survive the scourge that is humanity, we all have to stop reproducing. Yes, all of us. In that spirit, I propose we lower barriers to adoption, make sure all the little nuggets out there get placed with a family, and sterilize every human male on his 10th birthday. This may seem extremist, but just indulge me for a moment. In this hypothetical future, you live your life as normal, but instead of giving birth, you adopt, saving yourself both baby weight and the nine months of sobriety. It will take a few generations for everyone to sign on, but for males, ritualistic vasectomy will take on the emotional heft of a bar mitzvah or a quinceanera, a rite of passage complete with lots of presents and a special Gaia-themed ice pack for the balls. We’ll tell children what an honor and privilege it is to forgo parenthood, and they’ll believe it because kids are dumb. After everyone’s good and sterile, we’ll spend a few decades preparing the earth for the end of people — tearing down dams, disposing of nuclear waste, correcting the myriad of bad decisions made since industrialization, etc. Sure, in a century or so there will be no humans left, but you’ll be dead by then anyway. Under my plan, you’ll still be dead but the planet will live on. Really, it’s the least we could do.

Should you, for some reason, decline to join my cult of zero population growth, at least prepare your babies for the worst. Take them to high ground, teach them to survive, make them understand the price of their place in the world. Long after you and I are gone, they’ll be left with a ruined planet — and they’ll wonder, as they flee, why anyone would bring life into this world.

Then again, I could be wrong. It’s possible that the world will go cold turkey on fossil fuels, that our infrastructure will outlast climate chaos, that we’ll invent some miracle technology to suck the carbon out of the atmosphere. But I wouldn’t bet my life on it. Or, for that matter, anyone else’s.