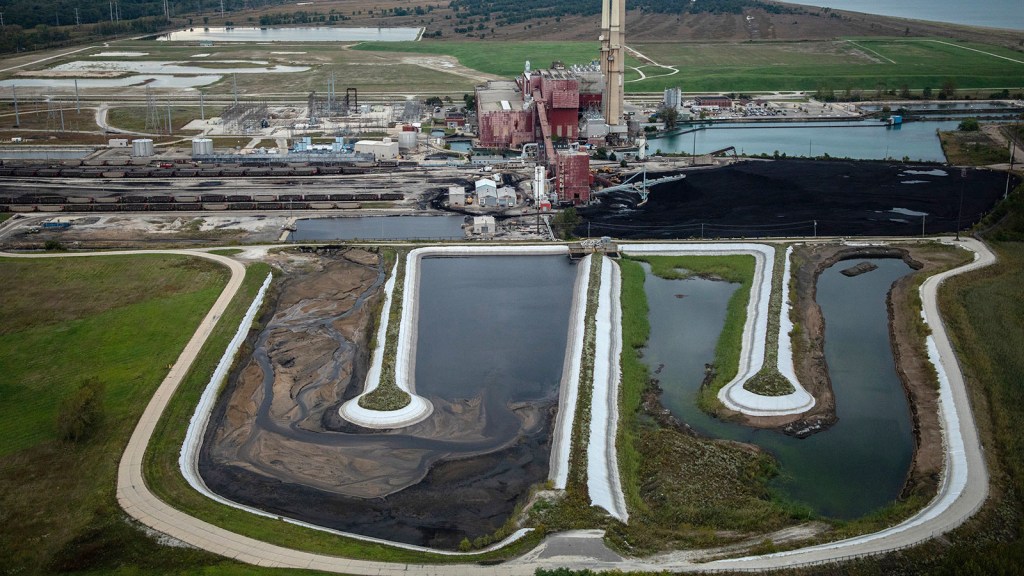 On Monday, in yet another last-ditch effort to save the coal industry from obsolescence, EPA administrator Andrew Wheeler proposed new rollbacks of regulations addressing toxic waste generated by coal-burning power plants.

The original regulations, established just four years ago under President Obama, were historic. For the first time ever, power plants would be required by federal law to monitor groundwater near coal ash ponds and clean up ponds that were actively leaking. For the first time ever, there would be federal limits on the concentration of toxic metals in the wastewater discharged from these plants into waterways.

“Think about that,” said Elizabeth Southerland, who was a director in the EPA’s Office of Water under Obama. “2015. Every other industry sector in the country by then had all kinds of treatment requirements on their wastewater.”

Overdue though they may have been, Obama’s rules barely got off the ground. Groups like the Environmental Integrity Project and the Sierra Club challenged the coal ash rules in court on the grounds that they did not go far enough to protect the public. Industry groups also challenged the rules, alleging that EPA was exceeding its authority. And as those petitions have made their way through the court system, the Trump EPA has been trying to weaken regulations on coal.

These regulations address two types of waste: solid waste, i.e. coal ash, and liquid waste, i.e. wastewater. Coal ash is the second largest form of waste generated in the United States after municipal trash. Power plants take the ash left over from coal combustion and either landfill it or pour it into a pit and mix it with water, creating a sludgy pond. Most of the time these landfills and ponds are unlined, meaning that chemicals like arsenic, lithium, mercury, and lead from the ash can seep into groundwater and contaminate nearby wells and waterways.

These plants also have to deal with wastewater laden with similar contaminants after cleaning out their filters and boilers. This highly polluted water was being discharged into rivers and streams untreated. According to Southerland, back in 2015, the EPA estimated that plants were dumping more than 1 billion pounds of pollutants into nearby waterways every year.

Obama’s regulations aimed to limit all this chemical leaking and dumping — but almost none of them were ever actually implemented. According to Southerland, many power plants began to invest in better wastewater treatment systems after the Obama rules came down, but as soon as former EPA administrator Scott Pruitt took office in 2017 with his rollback guns a-blazin’, they canceled their contracts. In 2018, Pruitt was out, and Wheeler took up the mantle. He passed “phase one” of the rollbacks, which gave power plants a little more time to close their coal ash ponds. It also allowed for some to get out of monitoring groundwater if they could convince state regulators there was no chance their ponds were going to leak.

That monitoring is one of the only aspects of the Obama-era rules that was fully implemented. And because of that, we know that most of these sites do leak. Earlier this year, the Environmental Integrity Project and Earthjustice analyzed industry data and found that more than 91 percent of the sites being monitored had unsafe levels of toxic pollutants in their groundwater.

In August, the D.C. Circuit Court of Appeals ruled that the Obama-era rules were, in fact, not aggressive enough. The ruling meant that the EPA had to require power plants to shut down all active unlined coal ash ponds near waterways, not just the ones that are leaking. The rules that Wheeler proposed this week incorporate that requirement, but they’re flexible — they allow some power plants to keep using unlined ponds for up to eight more years.

Wheeler’s new proposal also weakens treatment requirements for wastewater by allowing power plants to use a less effective treatment process than the one required under Obama. In addition, utilities will be allowed to discharge up to 10 percent of their wastewater into waterways every day.

The EPA asserts that these rules will still prevent 105 million pounds of pollutants from being discharged. But that number is based on an assumption that 30 percent of power plants will voluntarily choose to treat their wastewater with the best available filtration systems. Abel Russ, a senior attorney with the Environmental Integrity Project, finds that framing ironic.

“EPA has an obligation under the Clean Water Act to impose the best available technology,” Russ said. So if 30 percent of the plants are going to install such great filtration systems, Russ pointed out, why aren’t all of them required to do so?

While Obama’s landmark regulations didn’t get a chance to shine on a national scale, some states have made big strides in cleaning up coal in recent years. North Carolina and Virginia have ordered plants to completely excavate their coal ash ponds, rather than just sealing them — a step beyond what the 2015 rules required. And in Maryland, the Department of the Environment issued permits to three coal-fired power plants requiring them to comply with the 2015 wastewater treatment limits by 2020. Those permits have been upheld in three separate county courts, and they might just have a shot at being enforced before Wheeler’s rollbacks are finalized.