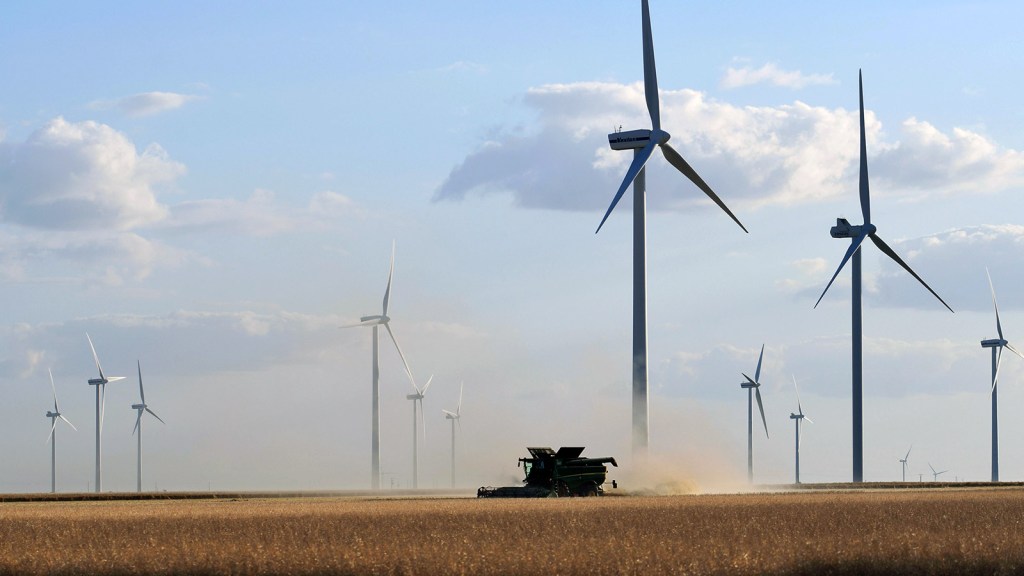 Solar panels and wind turbines are lifelines to any non-apocalyptic version of the future. They’ll help us keep the lights on, the air breathable, and the planet inhabitable. But while the climate and health benefits of wind and solar are well known, they have another, underappreciated feature that could come in handy in our inevitably warmer, drier future: They don’t rely on water.

A new study published in Nature Communications explores how this often overlooked benefit could help alleviate water scarcity and improve food security during a drought. The paper looks at California, where surface water — the kind found in rivers and lakes — is shared between hydropower facilities that produce electricity and farmers downstream who use it for irrigation. During a drought, there’s less surface water available, forcing farmers to turn to the groundwater found in aquifers to water their crops. After a recent five-year dry spell where groundwater was being pumped out faster than it could be replenished, California’s aquifers are now depleted.

“In the long term, if we do nothing, then we won’t have any groundwater in the aquifers,” said Xiaogang He, the study’s lead author and a postdoc at the Woods Institute for the Environment at Stanford. “It’s like a bank account. If you keep withdrawing your money, and put only a very small deposit, then in the long term you will have a deficit. It’s not sustainable.”

He’s study uses an economic framework to show that adding more renewables to California’s grid could reduce competition among hydropower, irrigation, and groundwater sustainability. As of 2016, wind and solar made up 17 percent of California’s energy mix. But the state’s Renewables Portfolio Standard requires that 40 percent of the mix come from renewable sources by 2030. He and his co-authors found that meeting the Renewables Portfolio Standard mandate could help keep more groundwater in the ground.

Here’s how: Hydropower facilities store water in reservoirs in order to release it in a constant flow and produce energy consistently. If wind turbines and solar panels, paired with battery storage, took the pressure off of these facilities to fill the needs of the grid during a drought, more of that water could be released downstream for agricultural use, preventing further groundwater depletion.

The study’s framework is specific to California, where wind and solar have a cost advantage over other renewable energy options along with the backing of the Renewables Portfolio Standard. But He said the study makes a few major assumptions, so his conclusions should be interpreted with caution. The framework does not take into account California’s complicated water management rules, the massive state-wide water transfer project, or any imports or exports of electricity with other states.

In the future, He hopes to do a quantitative analysis to see how much water could be saved with each kilowatt of solar and wind generation added. With this study, He hopes that people will see wind and solar in a new light. “People value solar and wind in terms of health benefits and mitigation of greenhouse emissions,” he said. “The water sustainability value of solar and wind energy is largely overlooked. This is what we really want to highlight.”