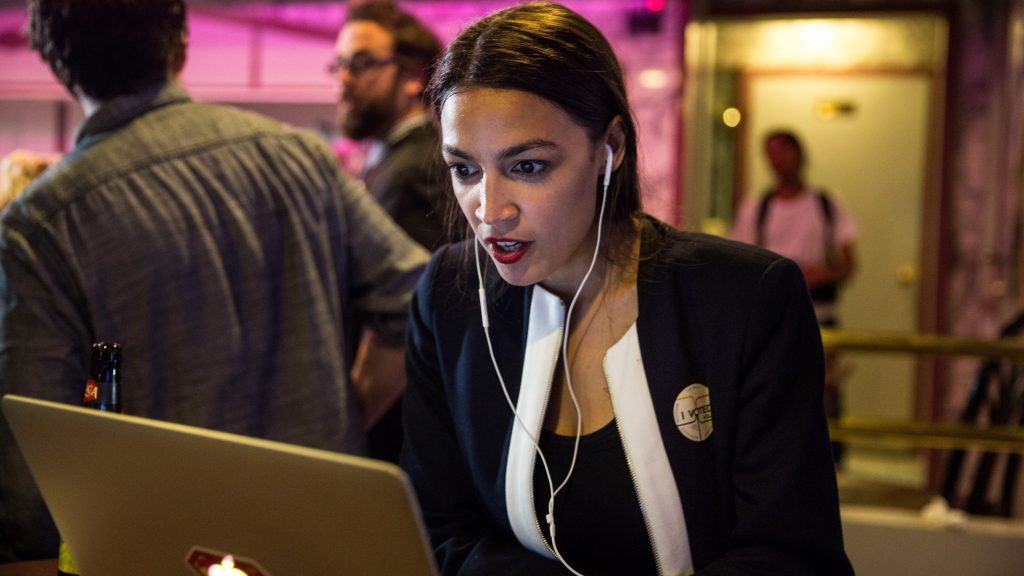 On Tuesday night, 28-year-old Alexandria Ocasio-Cortez toppled a 10-term Congressman from New York City in a landslide Democratic primary victory. The shocking result virtually assures that the U.S. Congress will welcome its youngest female member ever next year.

The upset win also essentially guarantees that Ocasio-Cortez will bring with her the boldest climate platform of any representative in history.

Ocasio-Cortez, who was without a Wikipedia page on Monday, unseated Joe Crowley, the 20-year representative of New York’s 14th Congressional District who was vying to become the next Speaker of the House. The New York Times, her hometown newspaper, didn’t even cover the race. CNN called the victory “a real wakeup call for Democrats.”

Ocasio-Cortez said her triumph was “the start of a movement.” As a millennial woman of color, she’s already been referred to as the future of the Democratic Party.

Since her district, which comprises parts of Queens and the Bronx, is among the most strongly Democratic in the country, the general election in November likely will not be competitive. Pending the results of other elections across the country, Ocasio-Cortez seems almost certain to join Vermont Senator Bernie Sanders as one of the few socialists ever elected to Congress.

Among her many progressive bona fides, it’s really her plan for tackling climate change that deserves the most attention.

In one of her first campaign tweets on the topic of climate change, more than one year ago, Ocasio-Cortez framed the issue as an “existential threat” — one that young people should be taking the lead on.

ESPECIALLY when it comes to climate. Over 1/2 of the Sens up for 2018 election will be 65+. They won't have to live in the 🌍they are eroding

Ocasio-Cortez is one of the first American politicians to put forward a climate change plan that would keep global warming below 1.5 degrees Celsius.

To meet that goal while leaving space for developing countries to move at a slower pace, independent assessments suggest that the United States needs to reduce its emissions by approximately 75 to 125 percent or more — actually drawing carbon dioxide out of the air — by 2035. Ocasio-Cortez hopes to move the entire country to 100 percent renewable energy by 2035. Even Bernie Sanders’ climate plan didn’t set such an ambitious goal.

On her campaign’s website, she summarizes the danger that climate change poses to the planet:

Climate change is the single biggest national security threat for the United States and the single biggest threat to worldwide industrialized civilization, and the effects of warming can be hard to predict and self-reinforcing. We need to avoid a worldwide refugee crisis by waging a war for climate justice through the mobilization of our population and our government. This starts with the United States being a leader on the actions we take both globally and locally.

According to Ocasio-Cortez, such an effort would cost “trillions of dollars,” but would “not only save our planet from the ravages of climate change but would also lift millions of Americans out of poverty.”