Without air conditioning, America's prisons can be unbearable -- and sometimes deadly 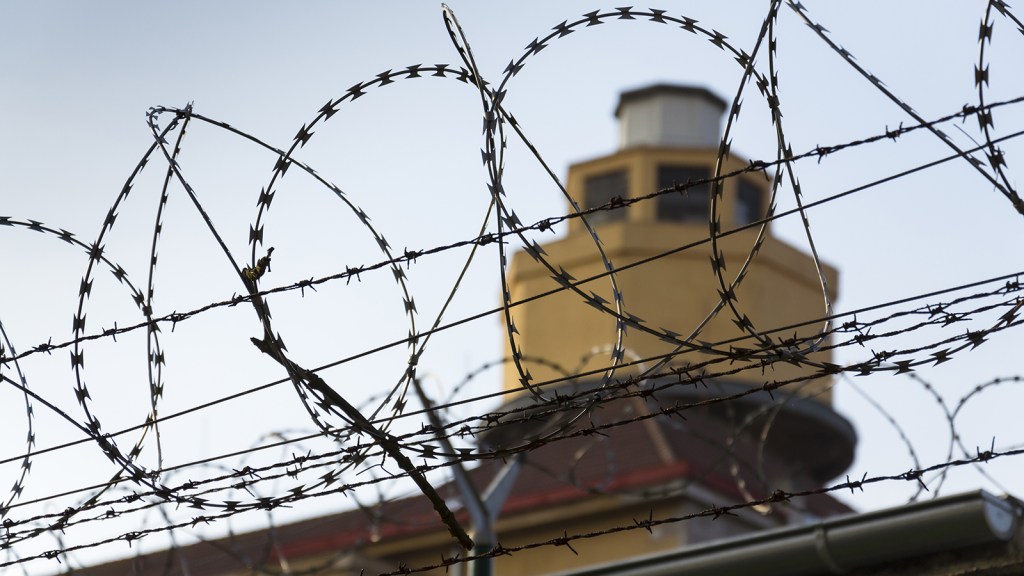 Without air conditioning, America’s prisons can be unbearable — and sometimes deadly

Quintero Jones was an inmate at the McConnell Unit in Beeville, Texas. One day, when the outdoor temperature had reached 98 degrees and humidity made it feel like 110, the 36-year-old collapsed in his cell and lay on the floor gasping for breath. According to a federal lawsuit filed by his family members in July, by the time help arrived, it was too late. His autopsy revealed that his death was caused by an asthma attack.

“Everybody knows high temperatures can be lethal, particularly to those who can’t take steps to cool themselves,” says David Fathi, the director of the National Prison Project at the American Civil Liberties Union. “Whenever there’s an extreme heatwave, people die — prisoners and nonprisoners alike.”

All across the country, prisons and jails are not equipped with air conditioning, and when temperatures soar, inmates are often trapped in unbearable, life-threatening conditions. The southern United States faces the greatest risk of extreme heat in the future, and cities in Florida, Louisiana, and Texas are projected to see the greatest increase of dangerously hot days. All three rank in the top 10 of states with the highest incarceration rates, and already, serious problems have emerged.

In Texas, only 75 percent of state prisons have air conditioning. In July, after inmates filed a lawsuit, a federal judge ordered air conditioning for vulnerable inmates at the Wallace Pack Unit, a prison one hour north of Houston that houses hundreds of elderly and disabled inmates. Since 1998, 22 people have died in Texas prisons and jails because of heat-related issues.

On a hot summer day in August 2015, 25-year-old Cynthia Apkaw hanged herself with her bed sheet in her cell at a women’s prison in Arizona. According to Fox 10 Phoenix, the guards weren’t able to stop her because they were sitting in the air-conditioned command center.

In Florida, where most state-run prisons do not have air conditioning, Climate Central, a nonprofit climate science news organization, estimates that by 2050, the average number of days above 90 degrees in Miami will increase from 86 to 134. At Dade Correctional Institute, which lies within the Miami area, even the staff describe the prison as a “squalid, un-airconditioned, putrid hell.”

Inmates at the Jefferson Davis Parish jail in Jennings, Louisiana, hope for rain to cool down the sweltering jail. Jennings is approximately 40 miles from Lafayette, where, according to Climate Central, there are approximately 87 days in the year — or nearly three months — when temperatures soar above 90 degrees. By 2050, there will be 125 such days. Despite the hot weather, residents approved funding for a new jail in 2014 only after local leaders promised there would be no air conditioning for the inmates. “That’s like saying we’re going to build a new jail,” says Fathi, “but we’re not going to have a fire escape or medical care.”

Last month, St. Louis, Missouri, was in the middle of an extreme heatwave where temperatures reached 103 degrees, with heat lasting over a five-day period. In a video from the Medium Security Institution jail, the inmates inside could be heard screaming, “Help us!” and “We ain’t got no A/C!” After the video went viral, activists showed up to the jail to protest the conditions and city officials agreed to bring in portable cooling units.

With extreme heat comes a myriad of illnesses ranging from sunburn to heat stroke, which can be lethal. “If communities do not take preventative measures,” Blad Plumer and Nadja Popovich wrote in a story for the New York Times in June, “the projected increase in heat-related deaths by the end of this century would be roughly equivalent to the number of Americans killed annually in auto accidents.”

The Centers for Disease Control and Prevention offers a number of remedies for exposure to excessive heat, like moving to a cooler area or taking a cool bath. But an incarcerated person who may be experiencing the symptoms of heat stroke — nausea, confusion, or fainting — “is very limited in the steps they can take to cool down,” says Fathi. Inmates don’t have to be part of a vulnerable group like the elderly to get sick from the heat. Valley fever, a fungal infection found in Central California that has flulike symptoms, is intensified during heatwaves. As Mother Jones reported in 2015, valley fever can be lethal for certain populations who are more likely to be behind bars:

“In California, the quirks of valley fever’s pathology have collided with the state’s habit of jailing a disproportionately large number of black and brown people. For years, the California Department of Corrections and Rehabilitation housed many of these minority inmates in prisons scattered throughout the dusty, endemic areas of the Central Valley. Thousands fell ill and dozens died.”

A 2017 study by the American Meteorological Society found that today’s climate extremes will become the new normal as soon as 2020. “At the moment, it doesn’t seem like such a big deal when we have record-hot summers or years,” Sophie Lewis, a climate researcher who worked on the study, told Climate Central. “But this study really shows the nasty side of our current records becoming more frequent in the near future.”

The obvious solution to the problem of hot prisons is air conditioning. After inmates at a maximum security prison in Wisconsin filed a lawsuit over the facility’s extreme temperatures in 2000, a federal court ruled that the prison must install air conditioning in 2004. But in the hottest states, air conditioning prisons is still an uphill battle.“It’s getting warmer and we’re having more and more periods of extreme heat,” Fathi says. “This isn’t an issue of comfort or luxury — this is an issue of life or death.”