Hours into a post-Brexit universe, it’s impossible to know the full scale of repercussions from Britain’s referendum vote to leave the European Union.  Some of the “leave” voters have already said they regret their choice, while global markets are panicking. Maybe younger adults should be panicking even more.

Britons voted to exit 52–48 percent, but according to a YouGov poll conducted just before the vote, a majority of voters under age 50 preferred to remain in the EU. Voters who grew up in a globalized world had the least interest in withdrawing from it. 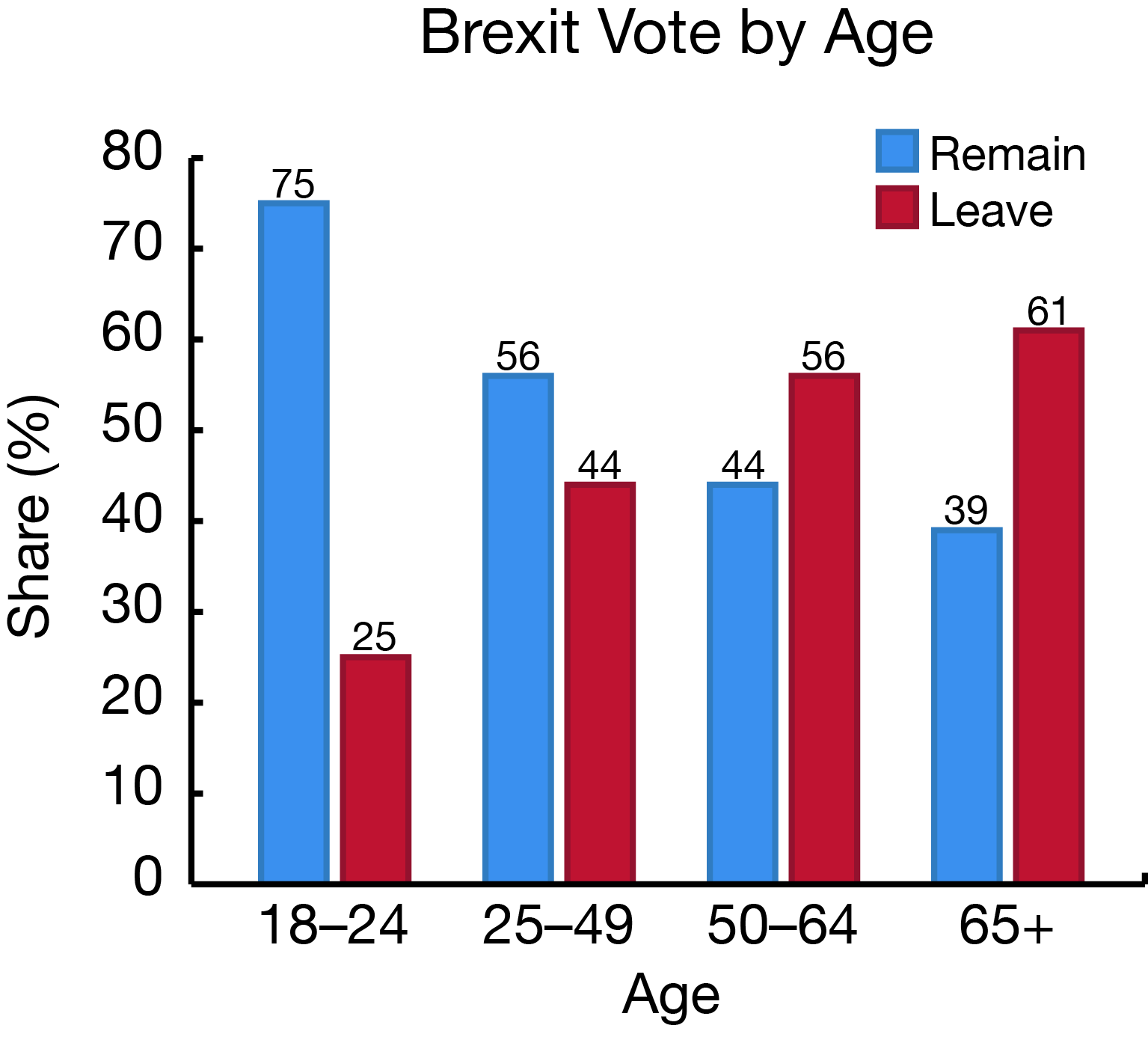 Yet younger voters were outmatched by their elders, who usually turn out in higher numbers. In the U.K. general election in 2015, the youngest Britons, 18 to 24, were half as likely to vote as the oldest age group.

The Brexit vote leaves a younger generation to grapple with the future an older generation picked for them — and if you believe many environmentalists and climate leaders, that future could be a lot dimmer. Outgoing U.N. climate chief Christiana Figueres, among others, warned that Brexit would not be good news in the long run for climate action and the new global Paris agreement. And the potential leaders of a post-EU Britain might not take climate change seriously given that many of the conservatives who most actively campaigned for Brexit tend to deny science and have a loose relationship with facts.

Just as there’s a generational divide on Brexit, there’s one on climate change, too. Younger people would like the world to act to cut emissions, while older voters are generally less supportive of action, if they even believe climate change is occurring at all. (Unfortunately, I couldn’t find recent data breaking down U.K. climate views by age, but that’s the trend for the United States).

The Brexit vote will change the shape of European and global politics for years to come. It’s kind of like how the path we choose today on climate change — business-as-usual or steep emissions cuts — will bake in what kind of world we live in for centuries.

Plenty of British millennials certainly feel the weight of the decision, pointing out on Twitter that they’ve been “screwed.”