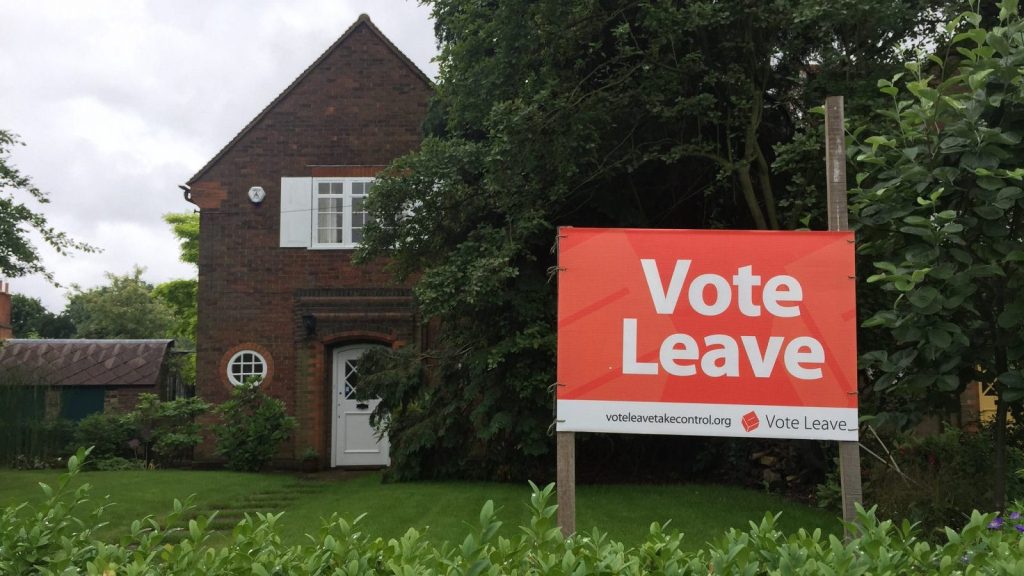 British citizens have voted to leave the European Union by 52–48 percent. Environmentalists and climate hawks are worried about what that might mean.

Many green leaders had called on voters to oppose a British exit from the EU — or Brexit — arguing that the EU has raised environmental standards in the U.K. and the rest of Europe. They noted that environmental problems are international in nature, so international cooperation is necessary to fight them effectively.

So now what happens?

With respect to the climate, the short-term effects of Britain’s decision could potentially be positive. Economists have predicted a Brexit-driven, economy-wide slowdown, which almost certainly implies a drop in Britain’s carbon emissions. During the 2008 recession, for example, global emissions fell by about 1.5 percent. Already today the British pound fell to its lowest level since 1985, and global financial markets have taken a big tumble.

Another big unknown is how this will affect the Paris climate agreement. Britain’s climate-action pledge was included in the EU’s pledge. “From the point of view of the Paris agreement, the U.K. is part of the EU and has put in its effort as part of the EU, so anything that would change that would require then a recalibration,” said Figueres. As it sorts out what to do without the U.K., the EU will likely see a slowdown in its ratification process.

Climate hawks are also concerned that a new government in Britain could be less committed to climate action. Prime Minister David Cameron pushed for the Paris Agreement, but he won’t be around for much longer. He had led the failed “Remain” campaign, and on Friday morning, after the results of the referendum came in, he announced his intention to resign in October. At that point, another member of the Conservative Party will become prime minister. Many of the conservatives who had campaigned for Brexit are also climate deniers, and they will likely have more power in a new government.

The impact could go beyond the climate. Farming minister George Eustice, a notable Brexiteer, previously announced his desire to get rid of EU environmental directives that protect birds and habitats. He and other campaigners have advocated for a new, more flexible approach to environmental protection, but opponents of the Vote Leave campaign are skeptical that such an approach will be equally effective.

“Don’t tell me that a new Brexit-led British government is going to put environmental regulations at top of its pile on June 24,” Stanley Johnson, co-chair of Environmentalists for Europe, told the Guardian late last month. “It is not going to happen.”

Other energy experts, though, point to Britain’s leadership on clean energy and climate action and argue that the vote will ultimately be good news for the climate. Michael Liebreich, founder of Bloomberg New Energy Finance, called the referendum a “historic opportunity to loosen the ties that bind” Britain to Europe’s “anti-innovation bias.”

Britain’s exit from the EU won’t be immediate; first comes a two-year exit negotiation process. As the U.K. cuts and restitches ties to Europe, the world will be watching to see if the nation emerges as a climate leader.