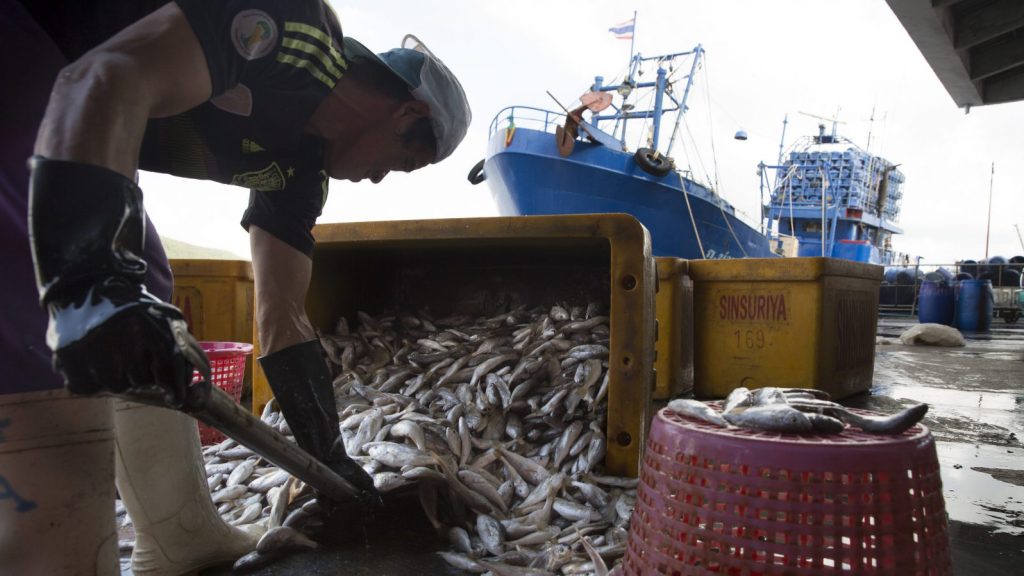 Hari Pulapaka, chef and owner of the restaurant Cress in Deland, Florida, prides himself on his ability to tell diners the names of the captain and vessel that brought them the seafood on their plate. For the past few years, he has done this with the help of Sea to Table, a flourishing family-owned business beloved in the sustainable food movement for connecting chefs like him to independent, American fisherman.

So when Pulapaka, a member of the Grist 50, recently saw a link in an online forum for like-minded chefs to a recent Associated Press investigation into labor abuses connected to Sea to Table’s suppliers, his response was three words: “Well that sucks.”

“It’s slightly deflating, because then you have to ask yourself who do you trust? How do you go about trusting?” Pulapaka said.

Chefs across the country who care about the sustainability of the seafood they serve are in a bind. It takes diligence to trace where your seafood comes from, and many chefs had relied on Sea to Table — one of the largest distributors of earth-friendly seafood. Last week, the company came under scrutiny when an AP investigation revealed that products it marketed as locally sourced were actually caught as far away as Indonesia by suppliers with a history of labor abuses. One fisherman on a boat that sent fish to a Sea to Table supplier said workers were “treated like slaves,” working without enough food or water while earning $1.50 for a 22-hour day.

“The unimaginable working conditions and horrific treatment of marine life in the international seafood industry must be addressed,” Sea to Table said in a statement released after the investigation was published. “We would have never accepted overseas product fished in this manner.”

“We try to buy primarily American seafood for that reason.” said William Dissen, chef and owner of three popular restaurants in Asheville, North Carolina. “It makes me just want to get closer to the source rather than the middle man.”

Chefs like Dissen and Pulapaka see reason for optimism in the conversations that have followed investigations like the recent reporting on Sea to Table. The global sustainable seafood market was worth $12.7 billion last year, according to Coherent Market Insights. And as the market grows, advocates have raised questions about how to demand food procured in a way that not only preserves and protects ecosystems, but that protects workers.

Katrina Nakamura, who owned five seafood restaurants before launching Sustainability Incubator, a Hawaii-based consultancy, says that despite years of effort to reckon with the environmental impact of the seafood industry, “it’s been very much divorced from the human beings in the [supply] chain. The disconnect is that the definition of sustainability so far hasn’t been about that part of the chain where peoples’ hands touch fish.”

The seafood industry has been plagued by reports of human rights and labor abuses. In 2016, the AP uncovered slavery on American fishing fleets in Hawaii. In 2014, the Guardian reported on slavery on Thai shrimping boats. Between 2010 and 2016, the U.S. State Department’s Trafficking in Persons report identified trafficking related to seafood from 65 different countries.

Nakamura, who works with businesses to ensure forced and trafficked labour isn’t a part of their supply chain, thinks the industry has reached a turning point. “Consumers and chefs, we all have to start thinking about the face of the people touching the fish.”

Consider the queen scallop. A recent study found that eating shellfish, like scallops, could be even better for the environment than cutting out meat. And the Monterey Bay Aquarium, whose ‘Seafood Watch’ program is a go-to for consumers and businesses who care about sustainability, rates farmed queen scallops as one of the most earth-friendly seafoods. But in its slavery risk assessment, Monterey Bay gives queen scallops a critical-risk rating because of documented forced labor on U.K.-based scalloping vessels and evidence of forced labor and trafficking in U.K fisheries.

So what can seafood-loving diners do? “Consumers can talk to their seafood retailer about how they trace their seafood and how they’re supporting efforts to improve labor conditions in their supply chains,” said a spokesperson from the advocacy group Fishwise, in an email to Grist. “This sends the message that this topic is important and that customers want more transparent information, which encourages the retailer to take action.” Fishwise also recommends looking for certifications from established interest groups, such as the Fair Trade USA certification.

The Department of Labor has a mobile app called, “Sweat & Toil” that can help consumers browse for goods, including seafood, that might have been produced with child or forced labor. And Monterey Bay Seafood Watch, along with Liberty Asia and Sustainable Fisheries Partnership, recently launched a Seafood Slavery Risk Tool meant to help businesses assess the potential risk of forced labor, human trafficking, and hazardous child labor in fisheries. But these organizations say that the slavery risk assessments (unlike the Seafood Watch tool that recommends seafood with the least environmental impact) still don’t have enough data to help consumers choose what to eat.

The answer isn’t necessarily a boycott of certain foods, said Sara McDonald, a senior fisheries scientist, with Monterey Bay. That can make the situation worse. “If I boycott, then that fish is going to be sold to a less scrupulous person,” she said. “It’s going to drive it underground. We want to keep it out in the sunshine.”

What’s most important, advocates say, is for consumers to expect more from sellers and hold them accountable for taking care of the ecosystems and the people who provide our fish.

“Sustainable food is good for the body and good for the planet,” Dissen said. “And when you’re taking care of everybody in the supply chain, that’s good for business.”