How can I convince older people to be less wasteful? 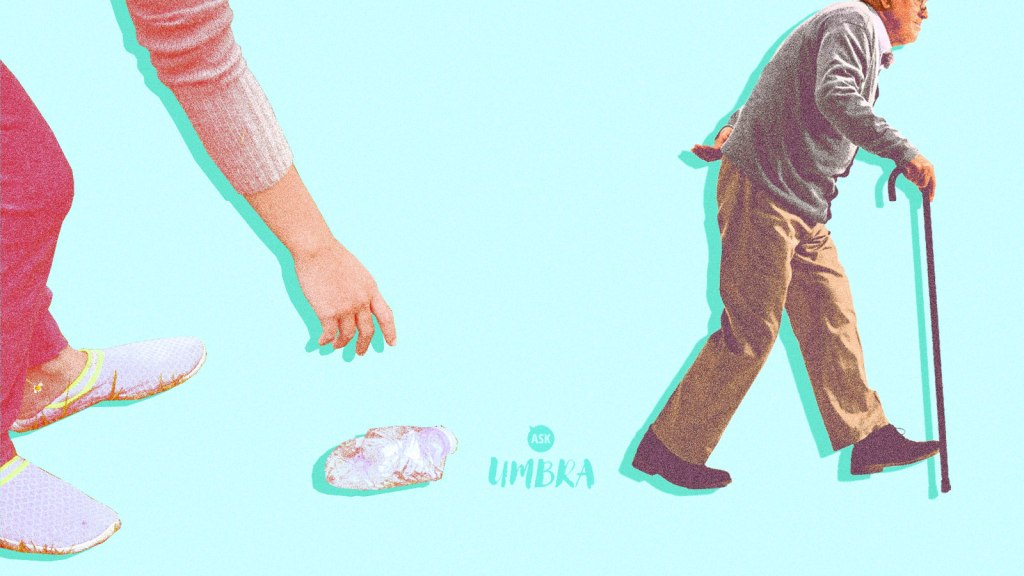 How can I convince older people to be less wasteful?

How can we inspire older people to reduce consumption and waste without starting an intergenerational blame game?

— Getting Elders from No to Yes

I’ll get to your consumption question in a moment, but first, allow me to applaud your instinct to avoid the intergenerational blame game, America’s favorite pastime that has not been canceled by coronavirus. Perhaps you’re still recovering from the latest round, which kicked off last week when fiction writer Lorrie Moore devoted four paragraphs of her audacious review of the TV adaptation of Sally Rooney’s Normal People to a takedown of millennials, in general. Her cheeky generalizations about people born between 1981 and 1996 included zingers like, “millennials seem wedded to ideas of status and conventional success, but they want to ‘infiltrate’ plutocratic institutions as ‘Marxists’ and prized guests,” “They believe in relationships rather than romance,” and “They say, ‘No problem,’ instead of ‘You’re welcome’ — they are not good liars.”

Not that boomers like Moore have a monopoly on razzing today’s mid-20-to-late-30-somethings. Combined with the recent trend of gen Zers roasting millennials on TikTok with observations like “I personally don’t want to be associated with people who still think that Harry Potter movies are a personality trait” (a classic Slytherin comment), it seems that millennials are currently occupying the relegation zone in America’s intergenerational popularity rankings.

To that, I say: No problem, we’ll happily accept a participation trophy.

As white, middle-class millennial, I feel more or less accurately profiled by both Moore’s and the TikTokers’ generalizations, and I will certainly not deny anyone the right to blow off a little steam, if poking fun at people who are not your age is your preferred way of doing that. But I’m also tired of discourse about boomers, gen Xers, millennials, and gen Zers that focuses on white, middle class individuals’ experiences to the exclusion of everyone else’s. There’s no doubt that we’re all shaped by the particular cultural, economic, and political circumstances of our upbringing, but anyone who thinks that one’s birth cohort is a more powerful social force in America than class, gender, and race simply hasn’t been paying attention.

But does generation affect one’s attitudes and behaviors around climate and the environment, as your question presupposes, GEN Y? When it comes to attitudes, you might be surprised to learn that, until fairly recently, pollsters didn’t see major generational differences in attitudes about climate change, according to Jennifer Marlon, a research scientist at the Yale School of the Environment and the Yale Program on Climate Change Communication. A 2010 Yale report, for example, found that worry about global warming was “fairly equally distributed across age cohorts,” with about half of Americans saying that they were “very worried” or “somewhat worried” about it. And then, about five years ago, young Republicans started expressing concern for the climate while their older GOP counterparts continued in their unconcerned ways. That shift opened up a generational divide in the overall population. “We don’t see big differences in global warming beliefs and attitudes by generation for Democrats, but we do among Republicans, and that seems to be getting stronger over time,” Marlon told Grist.

It’s important to note that even with the generational gap introduced by young Republicans’ recognition of actual science, one’s birth cohort still isn’t as strong of a demographic predictor of climate attitude as one’s race. Recent polling shows that 70 percent of Hispanic or Latino Americans are alarmed or concerned about climate change, while only 49 percent of white Americans report the same levels of climate anxiety. Meanwhile, the spread between the percent of millennials and boomers who say global warming is “personally important” to them is only 10 points. (Seventy-three percent of millennials agree say so, compared to 63 percent of boomers.) All of which is to say that if you wanted to introduce a campaign to educate people about climate change, you’d be filling a bigger gap by targeting your campaign at white people than baby boomers.

When it comes to consumption and waste —two factors that contribute to one’s personal carbon footprint — there’s actually not a ton of recent data by generation. A 2019 Pew report found that older Americans were actually more likely than millennials and gen Zers to report that they “try to live in environmentally conscious ways” by doing things like reducing food, plasta, and water waste; eating less meat; and driving less. But data based on self-reported behavior has a notorious validity problem, with people likely to report behavior that they think makes them look good even when it’s not true. A 2011 study based on actual consumption data, meanwhile, showed that the average individual carbon footprint increases steadily from age 10 to age 60 before starting to decline.

But there’s likely a big confounding variable here. As the author of that study told the New York Times, “Income tends to grow with age. Older people often have larger houses and less energy-efficient cars.” Indeed, the biggest determinant of individual carbon emissions is income, not age. To the extent that older people consume and waste more, it’s probably because they’re earning and spending more, not because of something inherent in the aging process.

But let’s assume, GEN Y, that you asked your question because there are specific older people in your life whom you would like to inspire to reduce their waste and consumption habits. Perhaps these elders are your bosses or coworkers, in which case I would strongly encourage you to grin and bear it, as we are in the middle of one of the worst unemployment crises in American history and I would not want you to do anything to jeopardize your income a week before Congress’s expanded unemployment benefits expire.

Perhaps these older people are your relatives or friends, in which case I think you can tread very carefully — but only, ironically, by first letting go of your intention to persuade them of anything. “Go with the objective of trying to understand where the other person is coming from in terms of what they care about, and then be willing to listen and be willing to share about your own experience, why you care,” Marlon said.

Emma Frances Bloomfield, an assistant professor of communication studies at the University of Nevada, Las Vegas and the author of Communication Strategies for Engaging Climate Skeptics, made a similar point. “If you approach that conversation as a dialogue and your frame of reference is engagement instead of beating someone … you open yourself up for more of a back and forth between the other person, a development of intimacy and mutual care,” she told Grist. “That’s what I think actually leads to persuasion instead of this overt ‘I’m going to convince you that you’re wrong.'”

Specifically, Bloomfield recommends appealing to shared values when talking about climate-friendly behaviors, which regardless of your target’s age, might mean not mentioning climate change at all. For instance, you might frame your decision to ride a bike instead of driving an SUV as a great way to save money if you know your older friend or relative loves a bargain. You could talk about eating less beef as a way to improve health if you know the person you’re talking to values staying in good physical condition for as long as possible. You could talk about your fears about unemployment when talking about why you support the job-creation proposals in the Green New Deal if you know your interlocutor worries about the economy or their ability to find work. I know your question was about consumption, not policy, but it wouldn’t be Umbra without at least a passing mention that the government has significantly more power to reduce overall carbon emissions than any individual.

Taking this approach might not convince your parents to compost or ditch their gas-guzzler or give up their bottled water habit today, or tomorrow, or ever. But take heart, GEN Y — by setting and example and talking about your decision, you’re helping to create what Marlon calls “social norms” and Bloomfield calls “community identity” and you or I might call “peer pressure,” which works even when the people you’re influencing aren’t your peers but your elders. Research shows that choices like installing solar panels, buying an electric car, or taking the train instead of flying can be contagious, and that friends and family are the most effective vectors for green behaviors. (I can personally vouch for this phenomenon: I still remember the precise day in 2010 when I went over to a friend’s apartment for pizza, saw the bucket of food scraps she saved up to take to the farmer’s market for composting, and thought, “Huh, I could do that too.”)

Even if your dad never starts bringing a reusable bag to the grocery store, you can still help shape low-carbon norms for your other friends and relatives that will continue to pay out for decades to come.