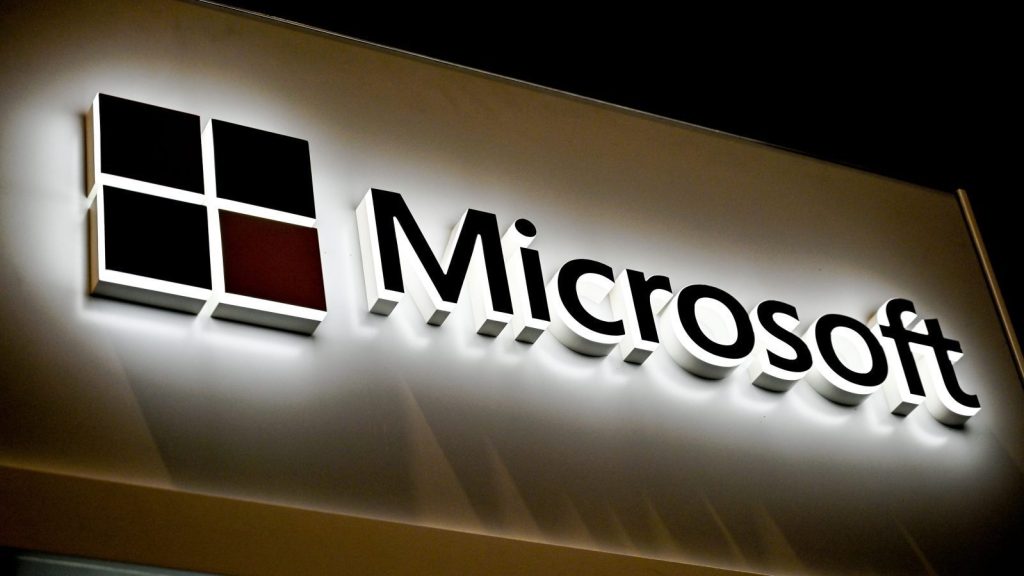 Back in January, Microsoft announced arguably the most ambitious climate plan of any tech company to date. Grist coined the term “carbon invisible” to describe the two-part plan: Microsoft intends to go carbon-negative by 2030, meaning it will pull more carbon out of the atmosphere than it puts in by that date. On top of that, the company said it would remove all of the carbon it has ever put into the atmosphere since its founding by the year 2050, an unparalleled goal that is not even really possible yet.

That’s not stopping the tech giant from forging ahead. On Tuesday, Lucas Joppa, Microsoft’s Chief Environmental Officer, issued a “progress report” with seven updates on what the company has done so far. The first major item was the formation of a new initiative with several other corporations, including Nike and Starbucks, called Transform to Net Zero. Joining doesn’t require those companies to match Microsoft’s emissions goals, but the hope is that by sharing ideas, working with their mutual partners across supply chains, and engaging with policymakers, the coalition will help all companies reduce their carbon footprints to zero by 2050.

“In many cases, given the scale of the ambition, it’s very challenging for any one company, even one with a market cap as high as Microsoft’s, to do it alone,” said Steven Clarke, director for corporate clean energy leadership at the sustainable finance nonprofit Ceres. Clarke praised the group’s commitment to engaging with trade associations to advance public policy. “The fact that they are working with other major companies is very encouraging.”

The coalition plans to spend the next five years developing public guides, tools, and templates that will help its members and other companies reduce their emissions to zero. The work will be guided by a set of nine principles, including investing in innovation, transparent reporting on progress toward emissions targets, and making sure the sustainable solutions the group comes up with are available to marginalized and low-income communities.

The other updates Joppa shared shed some light on how Microsoft will achieve its own goals. The company can’t exactly accomplish negative emissions alone — it is trying to reduce emissions not only across its own operations but also those generated by its suppliers and by the use of its products, which are tough to control. On the supplier side, Microsoft has a new code of conduct that will require companies to at least track their emissions, if not reduce them. On the product side, the company is releasing a new tool that informs customers about their carbon footprint. The new “Sustainability Calculator” will measure the emissions a customer produces by using Microsoft’s cloud services. It may sound odd to advertise the carbon footprint of your own product, but the conceit is that in general, using Microsoft’s cloud services produces less emissions than using in-house data centers, according to a white paper commissioned by the company. The new emissions calculator will show customers how they can lower their footprint by migrating more of their business to Microsoft’s cloud.

Joppa also wrote that the company is on a path to power its data centers with 100 percent renewable energy by 2025. That goal doesn’t preclude the use of diesel fuel to power backup generators, but Microsoft is planning to wean off diesel by 2030, replacing it with battery storage and hydrogen fuel. Those two technologies aren’t exactly ready to go yet, but they could be by 2030 with investment from Microsoft’s Climate Innovation Fund, a commitment to spend $1 billion over the next four years on emerging technologies.

In a deep dive into Microsoft’s climate plan last month, Bloomberg reported that most of the Climate Innovation Fund will be spent on carbon removal technology. But Microsoft hasn’t decided yet which carbon removal technologies it’s going to pursue. Joppa wrote that the company would issue a Request for Proposals later this week to find companies worthy of the investment, a similar strategy to the one the company Stripe used for its $1 million negative emissions fund.

Lastly, Joppa announced a new partnership with a renewable energy developer called Sol Systems on 500 megawatts’ worth of solar projects with a focus on environmental justice. The projects will be sited in areas that have been most affected by pollution, and Microsoft is throwing in $50 million specifically for grants to fund job training, habitat restoration, and energy efficiency programs in under-resourced communities.

There’s one gaping hole that persists in Microsoft’s climate action, one that the company has been repeatedly criticized for: How can it expect to pull more carbon out of the air than it puts in if it’s actively helping fossil fuel companies find and pull more oil and gas out of the ground? Exxon, Chevron, Canadian oil sand company Suncor, oilfield services company Baker Hughes, and others use Microsoft’s cloud services, artificial intelligence software, and machine learning tools to find, extract, and distribute oil and gas more efficiently. Microsoft does not incorporate the carbon footprint of those collaborations into its calculus.

Joppa defended this practice in an interview for Bloomberg Live on Tuesday. “When a company like Microsoft is out there picking winners and losers in the market, that doesn’t necessarily produce a scalable solution,” he said. “That’s why we are out there advocating for action on the regulatory front, so that everybody has to play in the same space. It’s why we’re also in conversations with all of our energy sector customers about the transformation we need to see happen.”

“We don’t think walking away solves anybody’s problems,” he added.