How can we hold politicians to their promises on race and climate? 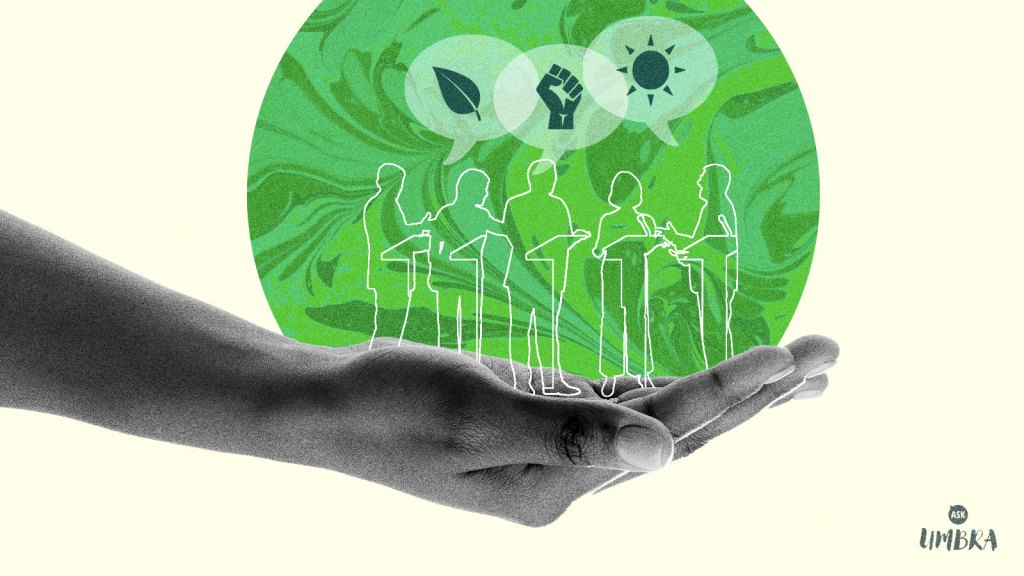 How can we hold politicians to their promises on race and climate?

Politicians made a lot of environmental justice promises in 2020. How do we make sure they keep them?

During this past election cycle, many top politicians promised something akin to a complete overhaul of the country’s environmental and racial legacy. And, to some extent, it feels … achievable? The bar has been lowered so much due to these past few years of the Trump administration undermining and even burying climate research! I actually teared up hearing Biden reference “science” and “climate,” alongside not just a call to root out racism, but “systemic racism” in his victory speech.

But there’s a lot more to environmental justice than using the right lingo. Politicians, especially at the federal level, can talk a lot of game when it comes to progressive change and never carry through. As a nascent environmental justice reporter, I have to balance hope with wariness, asking who specifically will benefit from any proposed environmental policy.

For anyone who’s new here, let’s quickly go over how racial and environmental justice are connected. You can find elements of racism baked into any number of laws and institutions; redlining has resulted in lower rates of home ownership for both Black and brown communities, pushing them closer to pollution-filled industrial zones, freeways, and urban heat islands. According to Jacqueline Patterson, director of the National Association for the Advancement of Colored People’s Environmental and Climate Justice Program, more than 70 percent of Black Americans “are living in counties in violation of federal air pollution standards.”

Not only are those communities of color more vulnerable to health risks such as COVID-19 (partially as a result of those conditions), they are disproportionately affected by environmental rollbacks such as the Trump administration’s relaxation of environmental enforcement during the pandemic.

Looking at these disparities head-on can be personally upsetting. A big part of my environmental justice education was understanding how racist policies have affected neighborhoods and people that I care about. I’m from New York, where many majority Black and Latino communities have more freeways and higher rates of pollution compared to whiter, more affluent neighborhoods. I know more people who have been hospitalized for asthma attacks than I can count — when I was in elementary school, a schoolmate died after a severe attack. I don’t remember what she looked like but I remember how her classmates turned the classroom door into a shrine for her, covered in flowers and cards where her friends could leave notes about how much they missed her. And my school wasn’t the only one with a shrine to a young asthma victim.

That is to say, BERNIE, I hear you. When I hear promises like the ones made by the incoming Biden-Harris administration to build clean energy to lower emissions and keep sustainable jobs in the country, I ask myself how it could benefit a lot of the working-class immigrant neighborhoods I grew up around. I think of the different people that these promises should focus on and I ask myself if there’s a risk of anyone falling through the cracks of the proposed policies.

And I have to ask myself if it’s even right to feel hopeful at all. Over the last few years, agencies that enforce environmental accountability, like the Environmental Protection Agency, have been defunded and gutted,and Obama-era protections have been rolled back to the detriment of poor communities and communities of color. I want to hold on to my optimism, but as a journalist, I know I need to be objective. If I don’t see policies that will improve the lives of all the bodega owners, nannies, cab drivers, delivery people, and servers in my neighborhood, I don’t consider them to be good policies.

I reached out to Sonal Jessel, the director of policy at WE ACT for Environmental Justice, a New York City-based organization, and she backed up my half-hopeful, half-wary approach.

“Being cautiously optimistic is what helps you hold people accountable — if you think it’s totally not going to work then why would you even try?” she explained. “Something that I think is making a lot of people in our field feel hopeful is that [Biden’s] platform was informed by environmental justice organizations and communities.”

Jessel said that some of her excitement also came from hearing the kinds of conversations usually reserved for environmental justice circles show up in actual policy discussions. She credited this summer’s Black Lives Matter protests for newfound awareness of the environmental racism that Black, Indigenous, and other communities of color live with in this country.

I’ve seen other environmental advocates take a similar excited but guarded approach. A few days after the Associated Press officially called the presidential victory for Joe Biden, my colleague Yvette Carbrera and I spoke to a number of environmental justice leaders about their reactions. They were excited for the new administration, but wanted to temper their enthusiasm until they saw proof of change.

For example, Judith Enck, a former EPA regional administrator and current visiting professor at Bennington College in Vermont, told me that she wanted to see how proposed policies and laws will directly benefit frontline communities.“Every environmental enforcement case that is filed needs to be decided in a way that answers the fundamental question: What will this decision mean for the health and safety of people living in low-income communities and communities of color?” she said.

But you don’t need a crystal ball to start to answer that question. You can look closely at Biden’s choice of advisors. For example, he recently selected Xavier Becerra, the first Latino attorney general of California (who notably challenged the Trump administration healthcare, immigration, and rollbacks on environmental regulations) to lead the Department of Health and Human Services. Environmental justice advocates have already been eyeing Biden’s picks for secretary of agriculture (who will oversee both the Supplemental Nutrition Assistance Program and the U.S. Forest Service) and the secretary of housing and urban development.

But accountability is not just a national issue. Rather than looking straight to the White House, you may find that the roots of many environmental injustices hit much closer to home. That’s not necessarily a bad thing: Some of your demands are more likely to be heard by a city councilperson than by the president.

You can also look for local stakeholders to help you with your desire for accountability. I suggest searching around your own neighborhood and looking up local racial/environmental justice organizations to help you create a map of the resources available to your community. If you can’t find any right away, look throughout your city, county, or state for organizations that may hold educational events, local press conferences, and online teach-ins about racial and environmental issues.

Christopher Casey, the director of voter engagement at WE ACT, emphasized that community groups have an existing infrastructure and network for setting up events, forums, and contacts for elected officials make it easier to get a response from politicians. “Many of these groups have their own coalitions … and these groups have platforms that allow you to reach more people and to engage more people, like through social media,” he said. “Become associated with any group that has an active online presence, particularly if that [presence] happened during the resistance [after Trump was elected in 2016].”

Once you’re in contact with those groups and have access to their networks, Jessel suggests holding public forums and using them to tell stories that humanize the issues. Advocates and politicians are all aware of statistics and laws behind an environmental issue, but a human story is what helps get the urgency across to voters and leaders alike.

Jessel recounted a story of a New Yorker who lived in public housing through the New York City Housing Authority, testified during a New York City Council meeting on the impact that decades of exposure to mold has had on her health and her kids’ health. “It was emotional for her. We saw that the chair of the public housing committee was very moved by what she said.”

Finally, you’ll want to keep an eye out for regressive legislation. Get familiar with the docket for your local legislators. What public hearings and proposed local council acts offer the opportunity to address structural racism? Which of your local politicians are actually showing up to those hearings and voting on those acts and pieces of legislation?

I know it’s been a very dark year, but one bright spot is how it’s demonstrated the power of effective storytelling and grassroots organizing. There’s enormous work left to be done towards environmental and racial justice, but this past year has shown that everyday people are invested in fighting for a more equitable society. The sustained protests against police brutality throughout this summer, the surge of support for frontline workers, and the efforts to keep at-risk people housed and fed during this pandemic are sources of hope.

Just know that you’re capable of rising to the occasion.