I invented a new word for 'climate change.' Should I use it? 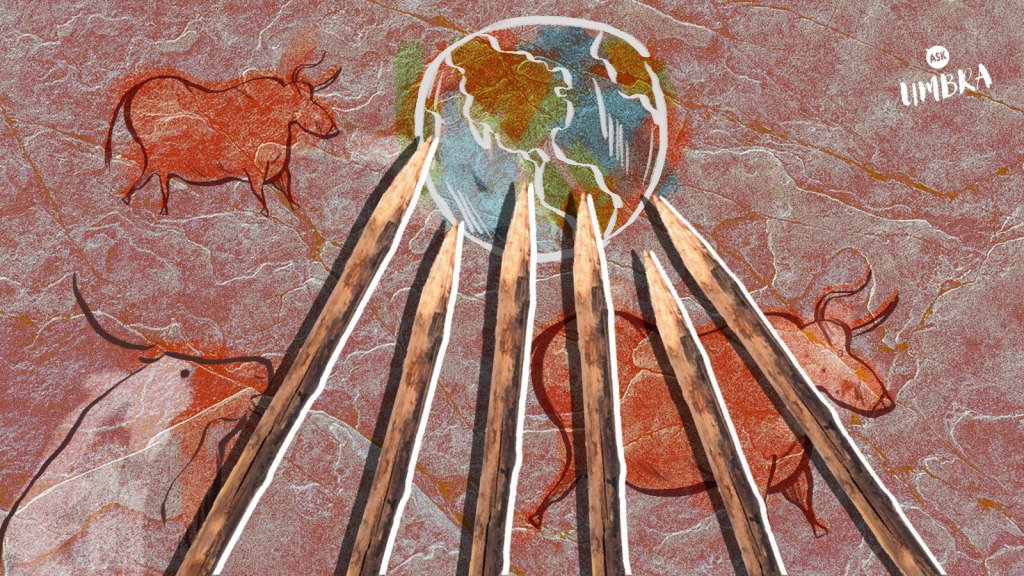 I invented a new word for ‘climate change.’ Should I use it?

Is “overkill” a suitable name for the environmental crimes leading to irreversible climate change and the total extinction of life on our planet?

— Pondering Over Every Term

I’m not going to lie: Reading your question was a bit of an emotional roller-coaster for me. On one hand, I’m really excited that you’re asking about what terminology to use to talk about climate change. I may not be your regular Umbra columnist, but climate language is something I’ve given a lot of thought to over the years. And as Grist’s associate editor and resident word nerd, it’s probably not a coincidence that I got this question to answer while our resident Umbra, Eve Andrews, is on vacation.

On the other hand, as I read your question, my heart rate increased with each anxiety-inducing term. Overkill. Environmental Crimes. Irreversible climate change. Total extinction of life on our planet.

Before I get to what the heck “overkill” is, let’s talk about that “total extinction of life on our planet” bit. The loss of animals, plants, and insects associated with our rapidly warming planet is real and very concerning, but even the most pessimistic reports do not suggest that the climate crisis means the end of all human civilization and life on earth. That’s not to say climate change isn’t terrifying. The last time carbon dioxide levels on Earth were this high, some 3 million years ago, there were trees growing in Antarctica. And I think what you’re getting at, POET, is that the term “climate change” doesn’t capture the urgency and horror of this situation. It falls pretty flat. The phrase has also been criticized for lending itself to arguments that “the climate has always changed” (but never this wildly, I can assure you!).

So would “overkill” be a good name for all of this?

To start to answer that question, it’s helpful to think about where the word comes from and what it might mean in the context of our present planetary pickle. In nuclear war, for example, “overkill” describes a situation where an opponent has enough bombs to obliterate their opponent many times over. There are several reasons I’m not a fan of the many war metaphors we use to frame climate change (Slashed emissions! Climate hawk! Eco-warrior!), one of them being that those comparisons simply don’t really make much sense. The climate, after all, is not our enemy.

But my intuition tells me that your definition of “overkill,” POET, comes from the field of paleontology. Some 11,000 years ago, at the end of the last ice age, the biggest animals on Earth — including mammoths, mastodons, giant sloths, and the saber-tooth tiger — all went kaput. One theory blames this large-scale extinction on a previous climate shift. Another, the so-called “overkill hypothesis,” points to humans and their big ol’ spears, noting that these giant species tended to disappear when and where humans appeared on the scene.

Of course, both explanations could be true. That’s the case today — fossil fuel emissions, poaching, logging, and other activities are all contributing to species extinction. The main difference between those ice age extinctions and this modern iteration of a great biodiversity die-off? Humans are responsible for both the changing climate and all that unsustainable hunting.

So there is at least a semi-valid argument for introducing “overkill” into our current climate lingo. But what would it sound like to use “overkill” instead of “climate change” in context? Let’s try subbing it in using a few headlines from recent Grist articles as guinea pigs:

At least to my ears, it sounds pretty weird. That’s partially because “overkill” is normally used in a figurative sense to mean “too much of something.” As such, it’s not exactly a natural substitute for “climate change.” That said, it is poetic — I could imagine a post-apocalyptic novel, for instance, that refers to the climate crisis that ruined everything as “The Overkill.”

I pitched your “overkill” idea to Gary Haynes, an emeritus professor of anthropology at the University of Nevada, Reno, and a proponent of the mammoth-murdering overkill hypothesis, to get some expert insight. “I wouldn’t think ‘overkill’ alone is an appropriate name for everything that’s happening in the world,” Haynes told me in an email. He suggested that global warming leading to the extinction of species could be termed “overgrill.” Clever. (As a language-loving climate journalist, dealing with puns is something of an occupational hazard.)

While the exact phrase to describe our climate je ne sais quois could use some fine-tuning, the idea of calling “climate change” something else has been gaining traction. Media outlets like the Guardian and Telemundo have started using terminology that evokes urgency, like “climate crisis” and “climate emergency.” And our environmental lexicon is more flexible than you might think: Pretty much everyone used to say “global warming,” but the phrase has fallen out of favor (partially thanks to Frank Luntz, a prominent GOP message strategist.) There’s no shortage of options, from “global weirding” to “climate chaos.”

While I can’t tell you what to say — ultimately, that’s up to you! — I can tell you that the words you use will change who you are able to reach. Emotionally-charged words and outrage seem to carry messages further in this day and age, for better and for worse: While they might energize activists who already care about the climate crisis, communications experts warn that they might further alienate people who are disengaged.

So proceed with caution, POET. Use language that conveys urgency and a sense of drama, but don’t go overkill.