Is it time to retire 'climate change' for 'climate crisis'? 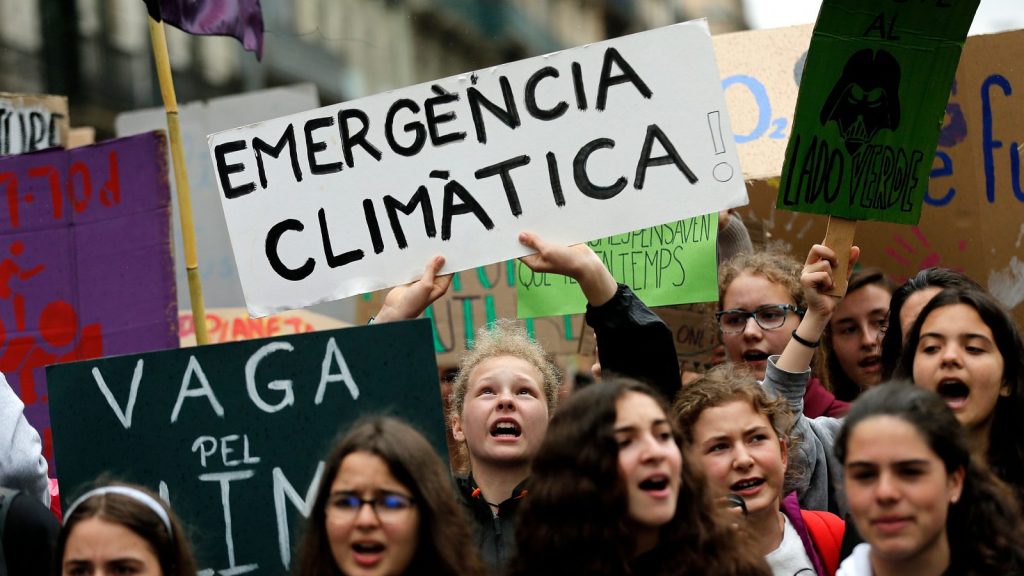 Is it time to retire ‘climate change’ for ‘climate crisis’?

The phrase “climate change” doesn’t cut it anymore, according to a growing group of media organizations.

The reasoning? Climate change and global warming are too neutral, too worn-out, and too nice-sounding to describe the crisis facing the planet. Carbon dioxide levels in the atmosphere have careened to 415 parts per million, higher than ever before in human history. We’re already living out the consequences — super-charged hurricanes, blazing wildfires, heavy downpours, and rising seas, and, oh yeah, an extinction crisis.

After the Guardian publicly announced last month that it would drop “climate change” for the terms “climate emergency, crisis, or breakdown,” other publications followed suit. The Spanish news agency EFE stated that it would use the preferred phrase “climate crisis” (or crisis climática.) Then Noticias Telemundo, the top Spanish-language news provider in the United States, announced it would start using “climate emergency.” Suddenly it seemed these terms were popping up everywhere. In CNN headlines, on TED Radio Hour — heck, “climate crisis” is even part of the name of a new House committee.

“The use of clear and accurate language in covering critical subjects such as the climate emergency is not merely an option for journalists; it is their duty,” said Luis Fernández, Telemundo’s executive vice president of network news, in a press release. “The scientific community and linguistics experts agree that the world is facing a ‘climate emergency.’”

“When there’s a number of unrelated people having the same idea at the same time, I think that’s a signal for change,” said Allison Fisher, outreach director at Public Citizen, a progressive advocacy group.

Other well-worn environmental terms besides climate change are facing scrutiny. The Guardian, for instance, will now use “wildlife” instead of “biodiversity,” and “climate science denier” instead of “climate sceptic.”

“We want to ensure that we are being scientifically precise, while also communicating clearly with readers on this very important issue,” said Katharine Viner, the editor-in-chief. “The phrase ‘climate change,’ for example, sounds rather passive and gentle when what scientists are talking about is a catastrophe for humanity.”

Earlier this month, a campaign led by Public Citizen sent a letter to the presidents and CEOs of ABC, CBS, Fox, NBC, MSNBC, and CNN demanding that their networks and newsrooms “call the climate crisis transforming the Earth exactly what it is: a climate crisis.”

The letter was signed by the Sierra Club, the Sunrise Movement, Greenpeace, and other major environmental and progressive organizations. “The words your reporters and anchors use matter,” the letter says. “What they call something shapes how millions see it – and how entire nations act.”

Public Citizen has been keeping tabs on how often newspapers and TV stations refer to climate change as a “crisis” or “emergency.” Less than 10 percent of articles from the top 50 papers in the U.S. used these words in their climate coverage last year, according to their tally, with the New York Times and the Chicago Sun-Times leading the way.

There were even fewer mentions on TV news. Only 50 out of more than 1,400 news segments about our overheating planet mentioned either phrase last year. But that’s changing: The organizations counted 150 mentions in just the four months in 2019, triple the number from all of last year.

So, “climate crisis” is having a moment. But the new terminology has its critics. Some say that “climate change” and “global warming” are too deeply ingrained in our language to replace them now.

Recent research by SPARK Neuro, a neuroscience company, found that a term like “environmental destruction” evoked a much stronger emotional response in people than our old pals “climate change” and “global warming.” Too strong of a response, in fact. Spencer Gerrol, CEO of SPARK Neuro, said the term could backfire with Republicans who deny the scientific consensus. They might be so uncomfortable that they’d come up with counterarguments to avoid the mental pain.

Surveys show that more Americans accept the scientific consensus on climate change than ever before. “But the emotional responses to climate change are still all over the map,” said Sunshine Menezes, an associate professor of environmental communication at the University of Rhode Island, in an email.

“‘Global warming’ and ‘climate change’ are not compelling,” she said. “My fear, though, is that language like ‘climate crisis’ or ‘climate emergency’ only speaks to the choir, and might alienate those who are currently disengaged.”

Menezes said that a term like “global weirding” (often used by Katharine Hayhoe, an atmospheric scientist) might spark the curiosity of “people who don’t currently feel part of the conversation,” leading them to ask questions instead of tuning out.

“Whether people politically or ideologically can accept it, there’s got to be a general awareness that this is a crisis and urgent and we need to act on it,” Fisher said.

Fisher said she thinks it’s still fine to say “climate change” and “global warming” sometimes, as long as these phrases are paired with other language that expresses the urgency of the situation and shakes people out of complacency. Eventually, she believes these old terms should be “phased out” in favor of more accurate ones.

The mainstream media doesn’t have a great track record on covering the changing climate to begin with. “It’s not just the language,” Fisher said. “If you’re calling it a crisis, you need to start covering it like it as well.”