Why are women like Ruth Bader Ginsburg expected to save the Earth? 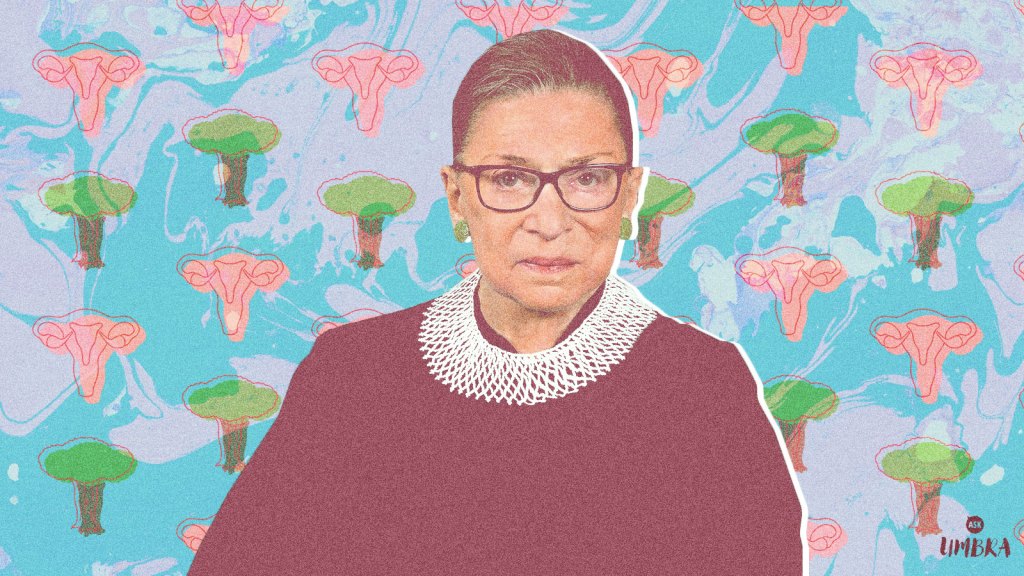 Why are women like Ruth Bader Ginsburg expected to save the Earth?

Ruth Bader Ginsburg was a strong advocate of gender equality. What was her record on the environment and climate change?

— Could Our Uncertain Rights Turn to Laws of Yore?

If you were knocked breathless by the news that Supreme Court Justice Ruth Bader Ginsburg died on Friday evening after a battle with pancreatic cancer, you weren’t alone. The 87-year-old spent her life trying to make the country relatively livable for more than just wealthy white men. And now that her position on the Court is vacant, well, all the questions of human rights in this country that she worked so hard to settle might be back up for debate.

But we don’t have to go there just yet, I guess. Most people are familiar with Ginsburg’s legacy as a feminist voice on the Supreme Court. Her steadfast defense of reproductive rights was one firm pillar of a career devoted to putting women on equal footing with men. She called for women to have access to decision-making spaces. She helped to establish gender equality as a constitutional right. She argued that access to abortion was key to affirming that right.

But as my colleague Zoya Teirstein wrote earlier this week, Ginsburg’s legal legacy also included establishing the ability, nay, responsibility, of the federal government to safeguard the health of ecosystems — including, famously, in the case of carbon pollution. She was the closest thing the Supreme Court had to a climate hawk — and her decisions in high-profile cases such as Massachusetts v. EPA and American Electric Power Co., Inc v. Connecticut helped pave the way for Obama-era regulations on power plants.

Ginsburg also wrote the majority opinion in a less well-known case — Friends of the Earth v. Laidlaw Environmental Services — which affirmed the right of residents to sue an industrial polluter, even if residents could not prove they had suffered particular harm. Ginsburg wrote that the damage the company’s clean water permit violations had caused to the “aesthetic and recreational values of the area” was injury enough.

Her work on gender equality can also be seen as progress on climate adaptation. There are several clear connections one can make between the welfare of women and the welfare of the planet. And while Ginsburg worked tirelessly toward granting women the same power and rights as men (“when there are nine!”), the fact that women tend to be paid less than men, bear the greater share of childcare and domestic labor, and can’t always make their own reproductive choices means they are more likely to feel the effects of environmental crises like wildfires and hurricanes.

In very simplistic terms, if women don’t have solid standing in society backed up by meaningful legislation that protects their rights as equal to men’s, climate change is going to hit them earliest and hardest. Because even though a storm surge is bad for everyone, it’s going to be worse for the people who are already unsteady on their feet.

And just to throw a little invisible labor into the mix, women still have to contend with the sexist assumption that we care more about nature and trees and what have you, because we are more nurturing than men. “Women, who practice the ‘ethic of care’ more often than men, appear more prone to respect the basic connection between humankind and ‘Mother Nature.’” wrote the (male) authors of the revealingly named 1996 academic paper “It’s Not Nice to Fool Mother Nature! The Mystique of Feminist Approaches to International Environmental Law.” “In sum, women, by virtue of their gender, are more likely to nurture nature than to exploit it for ruthless private gain.”

Now, even if we accept that basic premise, it brings up some big questions. Like, is it inherent to our gender to care for the forests and the oceans and the animals? Or do women just tend to do that because we see how they’re important for the survival of the human race, and that people in power (mostly men) are simply not prioritizing that because it’s not a cultural value? And women are left to clean up the mess because that’s what we’re expected to do?

Given that women are disproportionately affected by environmental degradation, one might argue that their opinions on environmental cases ought to push for equal footing between genders. But in reality, the cultural classification of climate action as “women’s work” has not helped either cause. In a 1992 article for the University of California, Los Angeles Women’s Law Journal, Judge Anne E. Simon wrote about the ties between women’s rights and environmental law. This passage stuck out to me in particular:

“For many women, our society’s joint and reciprocal devaluing of women and nature creates an understandable desire to move up into the world of culture – of beings who count – and leave behind the world of nature – of beings that are used. This is a particularly pointed problem for feminists involved in the law because the central ‘nature’ problem for this generation of legal feminists has been the struggle for reproductive rights.”

For example, it is considered inherently “natural” for women to spend our days bearing children and bringing them up, and “unnatural” to use birth control or abortion to limit the number of children we bear for our economic, physical, and mental health.

These issues are very complex and you don’t have to tear up your feminist card to love nature, nor do you have to jump off the climate train to fight for equal pay. Ginsburg made advancements in both gender and environmental rights not through some mysterious womanly power that willed her to care for the Earth and its inhabitants. She was a highly accomplished legal scholar who was able to find and argue rational basis for her interpretations of the law, over and over again. Her strength was not in some mystical feminine duty to preserve humanity, it was in her intellect.

It is possible to be a person who wants a better future both for women and for the Earth, and it is further possible that that desire is not a product of gender. Case in point: Even though Ginsburg’s Trump-nominated replacement on the Court is likely to be a woman doesn’t mean she will be any boon for environmental law. But just as I was put off by the frequently invoked demand, prior to her death, that an almost-90-year-old woman fend off her own mortality to “save” American democracy, I am very weary of the expectation that women will save the Earth. We will do what we have to do, but to paraphrase Jo March in Little Women, it will not be because we are angels and men are animals, but because we are human beings and citizens of this Earth.