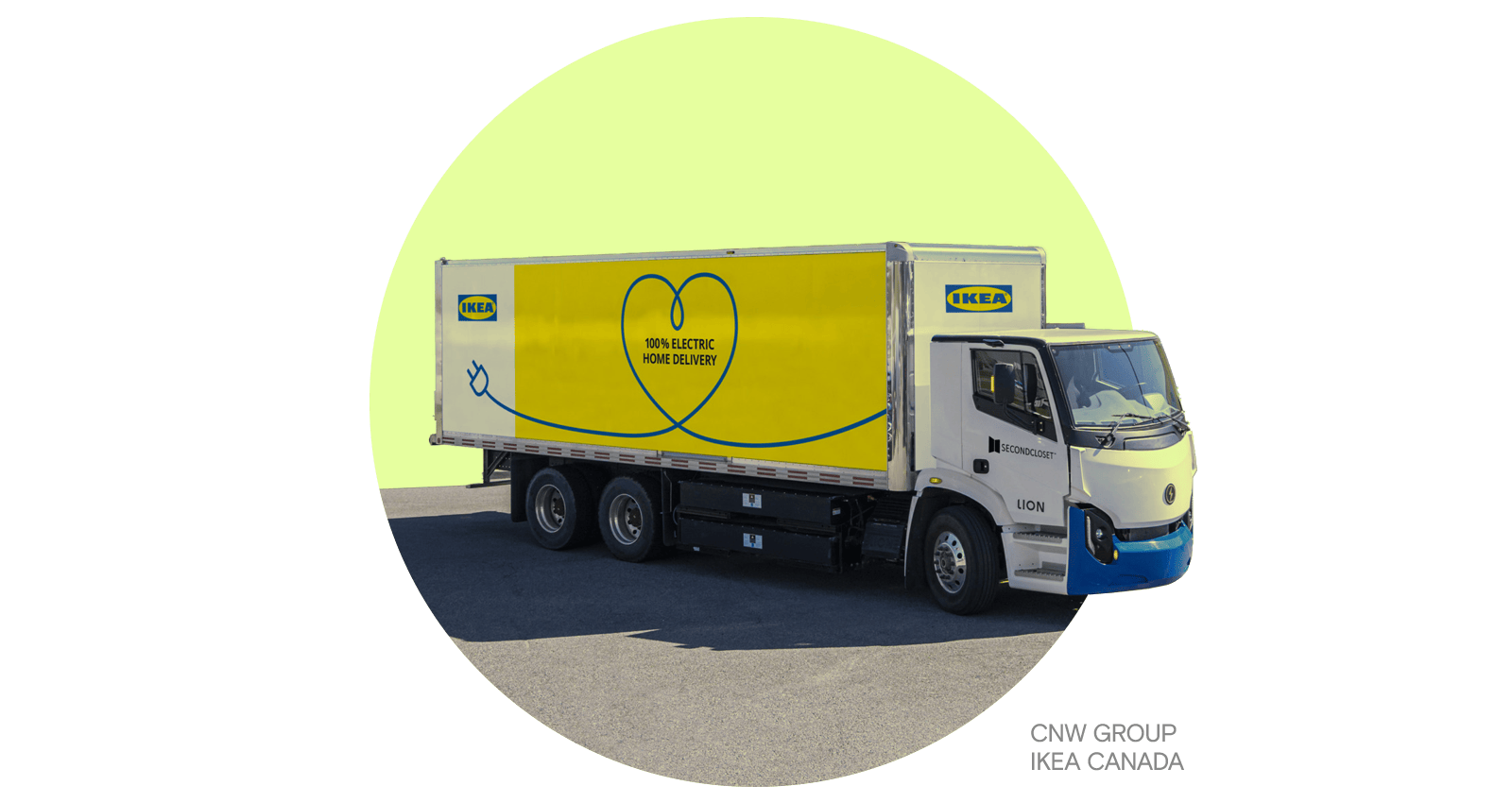 After two years of drafting, a coalition of 17 U.S. states, Washington, D.C., and the Canadian province of Quebec has released a roadmap to make 100 percent of truck and bus sales electric by 2050.

The action plan published last week was facilitated by Northeast States for Coordinated Air Use Management, or NESCAUM, a nonprofit association of state-level air quality agencies. To address the climate toll of transportation — the U.S.’s largest source of greenhouse gas emissions — the 62-page document lays out ways that state and federal policymakers can accelerate the transition away from fossil fuel-powered medium- and heavy-duty vehicles, defined as vehicles that weigh 8,501 pounds or more.

“[T]he time for bold action is now,” the plan says, highlighting ways that reducing vehicle emissions could benefit both the climate and human health. The 17 states that contributed to the roadmap — including California, Massachusetts, Hawaii, and Maine, among others — account for 49 percent of the country’s economy, 43 percent of its population, and 36 percent of its medium- and heavy-duty vehicles.

Recommendations in the plan include new regulations requiring state agencies to purchase a certain number of electric trucks and buses, subsidies to make medium- and heavy-duty EVs more affordable, and greater investment in EV charging infrastructure. It also highlights existing proposals in states that belong to the coalition, like a “clean transit corridor” along the West Coast, with fast-charging infrastructure for large vehicles at dozens of stops from San Diego to Seattle.

Stephanie Gagnon, an associate policy fellow for the nonprofit Center for Climate and Energy Solutions, applauded the roadmap for prioritizing environmental justice, including by creating equitable access to job opportunities related to vehicle electrification. “These actions are essential to ensuring decarbonization happens in a way that supports communities rather than entrenching injustices,” she told me.

Ben Prochazka, executive director of the nonprofit Electrification Coalition, also welcomed the action plan. “Medium- and heavy-duty vehicles have an outsize impact on oil dependency and emissions,” he told me. He said he expects the roadmap to catalyze new utility investment plans and actions from state transportation departments.

Hotter than Dubai: US cities at risk of Middle Eastern temperatures by 2100
Oliver Milman, The Guardian
➤ Read more

Correction: A previous version of this newsletter incorrectly featured an image of a light-duty truck. The NESCAUM electrification roadmap addresses only medium- and heavy-duty vehicles.